The author takes issue with Sultan Al Qassemi's article calling the Gulf cities the new centers of the Arab world. 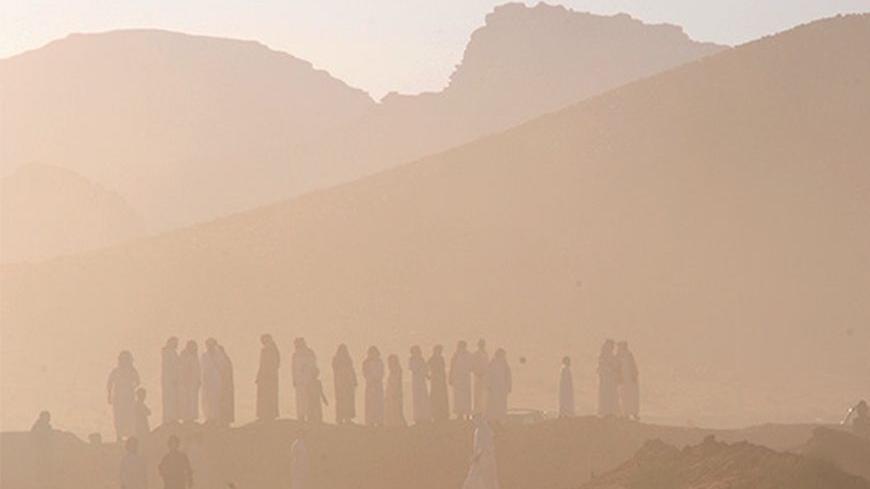 Heavy dust is seen in the desert of Aleghan, north of Saudi Arabia, in Tabuk, June 18, 2013. - REUTERS/Mohamed Al Hwaity 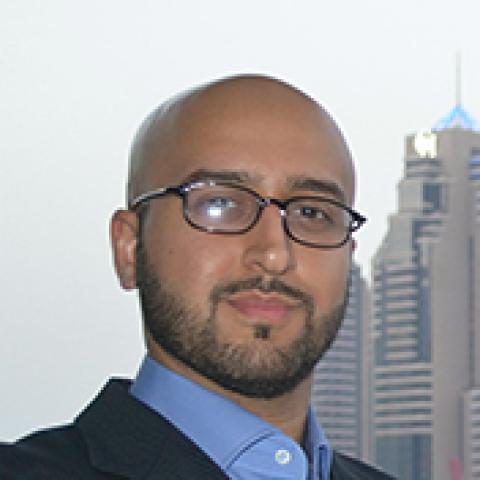 In 1984, the renowned and controversial Saudi writer Abdul Rahman Munif published Cities of Salt, the first part of a five-volume novel that was a thinly veiled criticism of the haste with which Western concepts of modernity were adopted in Gulf states after the discovery of oil.

Munif, who had lived in three of the traditional Arab centers — Baghdad, Cairo and Damascus — explained the title of the book in reference to the Gulf's oil cities, saying, “'Cities of salt' means cities that offer no sustainable existence. When the waters come in, the first waves will dissolve the salt and reduce these great glass cities to dust.”

Emirati Sultan Al Qassemi recently wrote that the Gulf cities of Abu Dhabi, Dubai, Doha and Sharjah have emerged as the new centers of the Arab world. They have, he argued, “in almost every sense outstripped their sister cities in North Africa and the Levant.”

These cities have arguably worked tirelessly to shed their "salt-like" image. They have instead used their wealth, in varying degrees, to create a sense of permanence by building world-class infrastructure, enacting educational reform, becoming regional sporting capitals and attempting to build post-oil economies. They have adopted good governance practices and brought about the kind of security that residents of most other Arab cities envy. They have indeed become some of the most cosmopolitan cities on earth.

If the late Munif were to see these cities today, he would be unlikely to consider their fall inevitable. But would he think that they are on their way to replacing Damascus, Baghdad, Beirut and Cairo as the new Arab centers? Probably not.

It is unfair to argue that Gulf states cannot become the new centers of the Arab world because they cannot boast the historical and civilizational depth of their northern Arab counterparts. That factor is beyond their control, and it should not be an obstacle to their ambitions. Every civilization has a starting point, and Gulf cities cannot be faulted for believing that now is their time. However, a factor they can control but have stubbornly refused to is that of indigenous human resources, an essential component of any major city.

What makes these Gulf cities so distinct is that each of them, unlike their northern Arab counterparts, arose after the advent of the nation-state, which by nature restricts immigration and imposes a relatively narrow definition of who does or does not belong. The emergence of the Gulf nation-states in the early 1970s effectively slammed the brakes on centuries of migration that led to a level of diversity in these cities that is still there under the surface. National identity was homogenized to make these new nations viable, and nationality — the right to belong —- was restricted to the small group of people whose ancestors had ventured toward these harsh lands from across the region. Any migrants from that point onward were considered guests who would eventually have to go home.

And thus began the system of importation that continues to this day. Millions of workers flocked to the Gulf. Everything from people, ideas, academic institutions, museums, athletes and even bottled water flown in from tens of thousands of kilometers away was imported. In an effort to develop at a breakneck speed and become competitive with Western hubs, they have become replicas of those cities with little more of their own to offer foreign visitors and tourists than the clichéd desert safaris packaged with belly-dance shows.

In the academic arena, in order to gain fast access to the global stage, these cities have in recent years begun large-scale importing of big-name Western academic institutions that may boast glitzy and high-tech campuses, but cannot guarantee the academic freedom of their Western counterparts. Even more worrying is the transformation these institutions are bringing to the linguistic landscape of these cities through educational reform. Almost every one of these new universities uses English as the language of instruction, and schools, from the primary stage to high school, are in turn expected to adjust their curricula to prepare students for an English-language tertiary education. These cities may be on their way to becoming the Arab world's education hubs, but there's little about them that remains Arab.

Gulf cities have no doubt taken commendable steps to slow the Arab brain drain to the West, but they have not stopped it and are far from reversing it. They certainly have attracted millions of people from across the Arab world, but that is perhaps more telling of the dismal state of the traditional Arab centers and economic crises in Western states than the attractiveness of Gulf cities. These cities have delayed the Arab exodus by providing a luxurious transit station where Arabs can save their money, ideas and true potential to one day invest in a country where they will feel a real sense of belonging.

Today, in each of the cities that were cited as the new Arab centers, foreigners vastly outnumber citizens. Like the traditional Arab capitals, they have become hubs for migrants. The difference is that migrants in the Gulf have residency cards with expiration dates. It is therefore unrealistic to expect Gulf cities to grow to the level they wish if the majority of the population is transient and continuously reminded that it will one day have to leave. Someone who does not feel a sense of belonging will not invest his or her full potential in such a city.

The cities in many ways owe their very existence to foreigners. Expatriates have become as permanent a factor in these cities as the citizens, if not more. But their permanence is as a collective, not as individuals. The individuals will come and go, and the cycle will continue. The citizens, as long as they hold onto a rigid definition of who belongs and who does not, will continue to be a shrinking minority whose influence in these cities will progressively wane.

In contrast with the traditional Arab centers that exported literature, art, science and ideas to the world, there is little in these Gulf cities that can be considered organic. They have produced few if any literary giants, scientists, academics or innovators. The achievements of expatriates, no matter how long they have lived there, are cast aside as non-indigenous and not celebrated with the fanfare that the most miniscule of achievements by the minority citizen population are. It is no wonder that some of the most celebrated Arab achievers were incubated abroad. A city cannot rise to become a regional center if it bases its achievements on the success of a tiny fraction of its population.

Gulf cities have successfully moved beyond the status of "cities of salt" and are likely to remain the economic centers of the Arab world for a long time to come. They will continue to attract millions of Arabs and non-Arabs alike, but it is unlikely that they will become any more than that if their refusal to indigenize continues. They must reshape foreign concepts instead of replicating them, and truly embrace their cosmopolitanism by giving their residents a sense of belonging so they can reap the most from their potential. This may require a challenging reassessment of identity, but it will at least ensure that the citizen population does not fade away.