Palestinian residents of Acre have protested against the Israeli government’s decision to sell an old khan to investors. 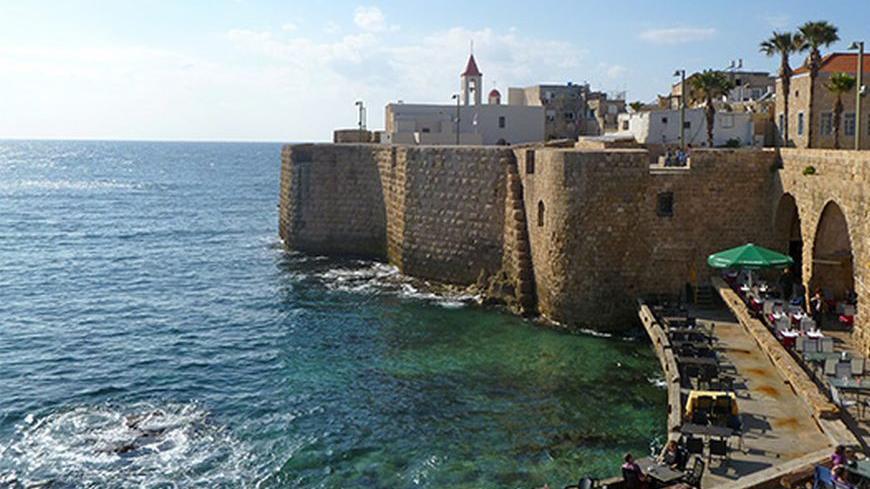 Acre, the Palestinian coastal city, has managed to contain its centuries-old charm within the walls of the old city. - francagoesisrael.files.wordpress.com

The northern Palestinian coastal city of Acre — fondly referred to as “Um al-Ghareeb” (“The Stranger’s Mother”) — has managed to contain its centuries-old charm within the walls of the old city, the same walls that Napoleon infamously tried, but failed, to conquer. Yet, as with other Palestinian cities or areas within the state of present-day Israel, Acre is continuously subjected to the Israeli occupation policy of gentrification or Judaization, modern-day ethnic cleansing and confiscation of its Palestinian architectural and cultural buildings and houses.

On Oct. 18, hundreds of Palestinians marched in protest of the plan by the Israeli Ministry of Tourism and the Israeli Land Authority to sell one of the city’s oldest and most famous khans to private investors, who will transform it into a 200-room hotel. Khan al-Umdan was built by Sheikh Zhahir al-Umar in the early 1760s, and was expanded and completed by Sheikh Ahmad al-Jazzar in 1784. It is now largely closed off to the public, with only one gate open for visitors and tourists.

Despite having been designated a UNESCO World Heritage Site in 2001, the Israeli authorities first tried to sell it off as a commercial tender in 2008, but the initial investor backed out at the last minute. The khan's main gate was then closed. Prior to that year, the Palestinian residents of Acre used the khan as a cultural space, where festivals, summer camps for children and local concerts took place.

Ahmad Joudah, a US-based retired history professor and author of the book Revolt in Palestine in the Eighteenth Century: Leaders, Politics and Social Change in the Islamic World, described khans or caravanserais as part of an old Islamic tradition. According to Joudah, they were built at different stations along main routes that were used by travelers for trade and mail between major cities.

“These khans were developed during the Mamluk period and well-maintained and continued to be used under the Ottomans, who levied fees from travelers in return for safe passage, since the state provided them with soldiers for protection along the way,” Joudah explained to Al-Monitor.

According to Joudah, the khans in Levantine cities on the coast — such as Acre or Sidon — were used to “house European merchants who conducted their trade between their countries and the Arab provinces. They used them as their [residence] lodges and depots for their merchandise.”

Under the reign of Sheikh Zhahir al-Umar, who was killed in 1775, Acre became the busiest port city in the entire Levant. The building of Khan al-Umdan encouraged French merchants, who were among the most influential in the area, to facilitate their commercial activities within the city.

Yet, under the Israeli occupation, Acre has suffered immensely due to economic marginalization and the ongoing policy of displacing its original inhabitants from the old city. Rasha Hilwi, a journalist and activist from Acre, described to Al-Monitor how the second commercial tender to sell Khan al-Umdan in September only represents part of the bigger picture for the Israeli authorities to “Judaize the entire city.”

“There’s been a plan in progress for years to convert Acre into the so-called city of the Mediterranean basin,” Hilwi stated. “This means the subsequent depopulation of Acre’s residents to open it up to investment, to turn it into a purely tourist city.”

“This goes hand in hand with sidelining the city’s economy and seizing the houses and buildings of Palestinians in Acre, thus displacing them,” she continued. “The struggle against the selling of Khan al-Umdan should be tied to the overall plan of Judaizing Acre, and the protest movement should be retitled from 'Khan al-Umdan is not for Sale' to 'Acre is not for Sale.'”

There are 250 Palestinian houses in the old city of Acre that have been bolted shut by the Israeli authorities. Israel has forbidden the renovation or rebuilding of many other houses, even as they fall derelict and struggle to house up to three generations of a family in a few rooms. A budding group called the National and Civilian Palestinian Movement organized the protest on Oct. 18, which took off in front of the Al-Jazzar Mosque and made its way down Salaheddine Road to the port. The protesters then marched to Khan al-Umdan and found that it was sealed off completely. Nevertheless, this did not serve as deterrence, and many of them climbed over the walls and from the roofs of nearby houses to enter the Khan’s abandoned courtyard.

Jehad Abu Raya, one of the main protest organizers, told Al-Monitor that the plight of Acre is not limited to its own population but to Palestinians in general.

“Many Palestinians from different villages and towns in the Galilee took part in the protest: Ruweis, Miar, Saffouriya, Birweh, Arrabeh, Tamra, Sakhnin and Nazareth, just to name a few,” Abu Raya said.

“When we arrived to the khan we found it to be locked on the orders of David Harari, director of the [Israeli] Acre Development Company, but that did not stop us from finding a way to get inside,” he continued.

Khan al-Umdan is not the only endangered site. The neighboring Khan al-Shuna, a Turkish bath, shops, storage rooms and several houses were also swept up in the commercial tender.

“The khan used to be a place where Palestinians from Acre would hide during the ethnic cleansing campaign in 1948, and it was used as a temporary living space up until the 1980s, while [residents] would constantly get evicted and chased away by the Israeli authorities. … Upon the signing of the tender contract by an investor, the residents of these houses have five years before being forcibly evicted,” Abu Raya said.

Hilwi welcomed the protest as an independent youth initiative, but stressed the importance of following up with on-the-ground strategies.

“It is necessary to undertake several steps regarding the protest against the Israeli policies in Acre … particularly in the form of cooperation between the people and civil institutions within and outside Acre,” Hilwi emphasized.

Joudah lamented that Israeli authorities have no interest in maintaining Palestinian historical sites. “The khan, as well as other historic buildings in Acre or in the rest of Palestine, is an integral part of our national heritage including architectural, political and cultural history,” Joudah said.