Riddled with Israeli checkpoints and neglected by the Palestinian Authority, Hebron is a powder keg that could explode at any moment. 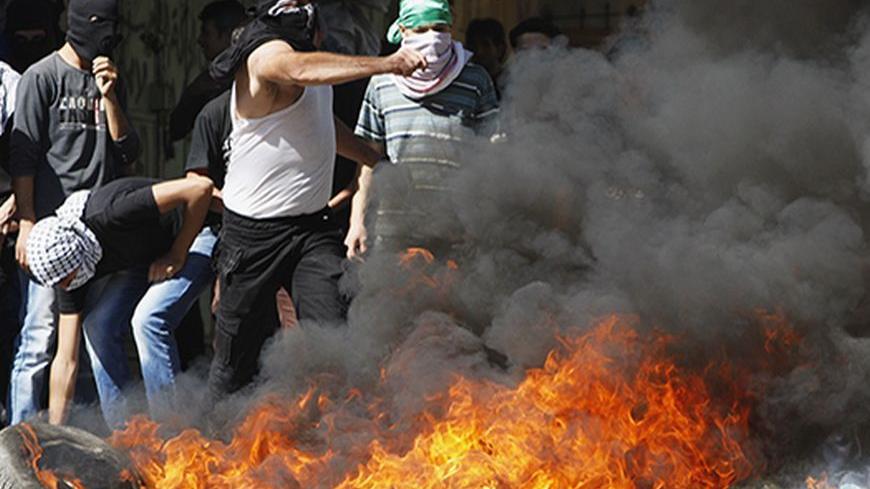 HEBRON, West Bank — Israeli authorities are still trying to solve the mystery of a soldier who was shot dead on Sept. 23. This requires them to carry out arrests and raids, raising the already high tension in the city of Hebron.

Issa Amer, coordinator of the Youth Against Settlements group, summarized the situation in Hebron: “The city is living in a state of heated tension that could blow up at any minute.”

Amer works tirelessly throughout the city, moving from one place to another. His cell phone does not stop ringing. On Sept. 30, Amer was in the region of al-Sahle where the Israeli soldier was shot dead checking on a house owned by Palestinian Issa Abu Miala, seized by settlers shortly before the Feast of Tabernacles.

Hebron is the second-largest city in the West Bank and the only Palestinian city in which settlers have occupied certain districts.

“Although the situation in Hebron is always tense, the death of the soldier has exacerbated it. Occupation forces arrested more than 1,500 citizens throughout the first three days following the killing. The majority of them were released while scores are still held up. The southern part of the Cave of the Patriarchs is completely sealed off,” Amer told Al-Monitor.

Amer is even more concerned about the fact that “Occupation forces have shut down gates dedicated to [medical] patients, usually located near Israeli military checkpoints.”

Al-Sahle is located 1 kilometer to the south of the Cave of the Patriarchs. The village seems to be in a state of relative calm. The streets are still and children are nowhere to be seen. The reason behind this might be that the Beit Mirkaht military checkpoint is located a few meters away, known by Palestinians as the “pharmacy.” This checkpoint leaves residents feeling anxious.

Mohamad al-Atrash, a journalist living in the area, was arrested and detained for a number of hours. He told Al-Monitor, “Two weeks following the operation, raids are still ongoing. They broke into houses more than once.”

Hashem Sharbati, a researcher at the al-Haq organization, explained that the Israelis are “trying to solve the mystery of the soldier’s murder. Army, intelligence and criminal investigation forces have made the life of residents a living hell.”

Children gather near the al-Ibrahimia school, 200 meters away from the scene. Barbed-wired barricades were put in place around the school to protect the students from settler attacks, while the playground adjacent to the building became a parking for Israeli vehicles.

Children on a wagon on Shuhada Street in the old part of Hebron, Sept. 30, 2013 (Photo by Muath Mashal)

Two months ago, occupation forces detained 11-year-old Mohamad Qafisha for several hours. Qafisha was playing near a Palestinian house, part of which had been seized by settlers. His father and Palestinian liaison officers sought to free him.

“While I was playing football with my friends, soldiers attacked us. My friends ran away and [the soldiers] got hold of me,” Qafisha told Al-Monitor.

Currently, Qafisha plays with his friend within a space that is no bigger than 50 square meters due to Israeli checkpoints.

“There are six Israeli checkpoints in the region surrounding the Cave of the Patriarchs,” said Sharbati.

“There are 90 checkpoints and roadblocks, including 20 checkpoints equipped with metal detectors. The reason behind this is that there are 500 settlers safeguarded by more than 2,000 soldiers,” Amer declared.

These checkpoints are either heavily or moderately deployed, depending on the tension in the city. However, there are some streets that Palestinians cannot enter with their vehicles, and are thoroughly inspected, as is the case of Martyrs Street in the old city, which has become a ghost town in every sense of the word.

The old city of Hebron is designated as area H2, which is under the control of Israel, while the Palestinians control area H1, according to the “redeployment protocol” signed between the Palestinian Authority (PA) and Israel in 1997. However, with the outbreak of the second intifada, the entire area came under Israeli control.

In order to enter Martyrs Street, one must go through a military checkpoint and be inspected by metal detectors, not to mention the inspection of personal belongings and a close examination of identity cards.

You would be amazed by the streets that stretch for as far as the eye can see. On both sides of it, you can see shops with green doors that have been forcibly closed with iron bars upon military orders in 2000. Complete silence has since descended on this street with its closed shops, devoid of shoppers and pedestrians.

The silence is interrupted from time to time by the passing settler cars with their yellow license plates. When a car approaches you, you can see the driver in his yarmulke and wearing a beard akin to that of any religious Muslim. He might glance at you in bewilderment as he drives past.

For 60 years, Mofida al-Sharabati has been living in a small house on Martyrs Street, where she gave birth to her seven children and became a grandmother of 20 grandchildren. Across from her house lies Beit Hadassah, surrounded by settlers’ homes.

“My house is frequently raided by settlers. Two of my sons were injured because of their attacks. Mofid is suffering from a broken vertebrae, while Zidane lost sight in his left eye,” she said.

The woman, who is in her seventies, sighed and said, “They are the worst neighbors in the world and no one is helping us politically or economically.”

“I have not been working for the past six years because of my injury,” said Mofid, interrupting his mother. "Settlers may attack our house at any time to terrorize our women and children. So we men ought to stay home and protect them. In any case, there are no jobs out there.”

“It’s been 10 years since the last time a Palestinian official visited Martyrs Street. They say it is under Israeli control and they need security coordination to be able to enter. If they decide to enter unguarded, they can do it, but they do not want to,” he added.

Amer said that “70% of the residents of Hebron in area H2 are unemployed and live below the poverty line as a result of the failure of the PA.”

Neglected by the PA, economically deprived and riddled with Israeli checkpoints, Hebron is a city in a state of anger, a powder keg that could be the undoing of peace talks.