Military Strike on Syria May Put Turkey at Risk

Turkey may become the target of Syrian retaliation and face domestic unrest in the case of a US strike on Syria. 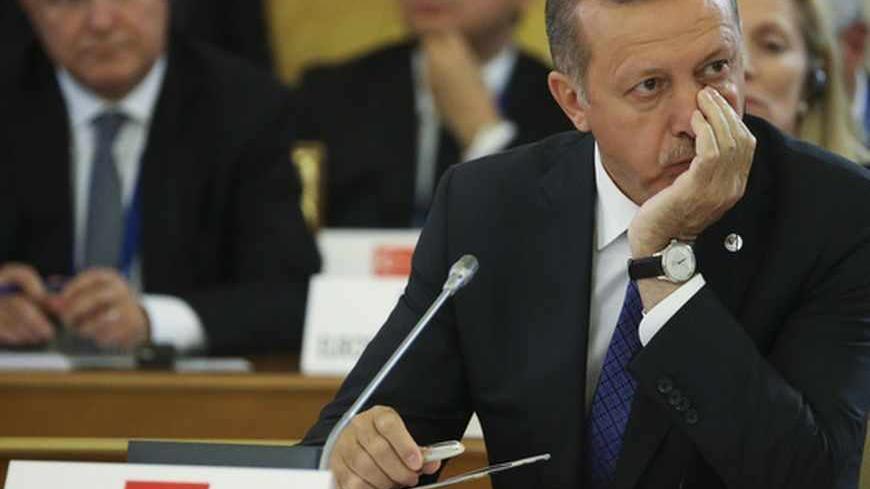 With Ankara acting as one of the principal cheerleaders for a military strike against Syria, and Prime Minister Recep Tayyip Erdogan vowing Turkey’s participation in any military coalition, increasingly concerned Turks, unaware of what exactly the Turkish contribution will be, are bracing themselves for all possible consequences from a US-led operation against the Syrian regime.

Damascus’ chilling warning that Turkey will be a target should it participate in such an operation and the precautions the government has started to take along the 900 km border with Syria, including measures against possible chemical attacks, have also fueled public concern.

Adding to the general anxiety is the possibility that Turkey, which has officially declared it is hosting half a million Syrians, could face a new flood of refugees fleeing the wrath of the regime after a US-led strike.

Meanwhile, Erdogan, who lacks public support for a strike on Syria and already faces widespread dissatisfaction for not seeking parliamentary authorization for Turkey’s participation, faces additional pressure from the opposition, which is threatening to take to the streets and hold anti-war demonstrations across the country.

Statements by the US administration that its objective in striking at Syria is not regime change, on the other hand, point to further Syria-related complications for the Erdogan government, given its single-minded desire to see the regime of Syrian President Bashar al-Assad toppled.

The risks to Turkey in general and its ruling Justice and Development Party’s political reputation in particular, however, appear not to have dampened Erdogan's and Foreign Minister Ahmet Davutoglu’s enthusiasm for participating in any US-led operation.

Answering questions during a press conference at Ankara’s Esenboga Airport on Sept. 4 just prior to flying off to St. Petersburg for the G20 summit, Erdogan underlined his government’s commitment once again.

When asked what Turkey’s role in this operation would be, he said that circumstances would determine this, and added, “As matters stand at the moment, we have said that we are prepared to take part in any kind of a coalition.” Responding to a question about the declaration from Damascus that Syria would retaliate against Turkey in the event of a US-led operation, Erdogan tried to appear confident.

Syria’s Deputy Foreign Minister Faisal al-Mekdad told The Wall Street Journal in an interview in Damascus on Sept. 3 that Syria would strike back not only at Israel, but also at Syria's neighbors Jordan and Turkey if these countries participate in a US-led operation.

A number of past incidents, however, provide reasons for the public to question the confidence that Erdogan and members of his government are trying to project with regard to the quality if Turkish intelligence and state of its military preparedness, as well as Syria’s military capabilities.

One such incident occurred on June 22, 2012, when an unarmed Turkish F-4 reconnaissance jet, which was on a mission to test radar capabilities, was downed by a Syrian guided missile, killing its two pilots, after it had flown into Syrian airspace.

Military analysts indicated later that this incident showed Syria’s Russian-made (and controlled, according to some sources) air-defense capabilities should not be taken lightly.

Another incident was the May car bombing in the town of Reyhanli, near the Syrian border, which left 53 dead and scores wounded. Critics in Turkey say Turkish intelligence failed drastically in that event, even though they should have been on high alert, given the proximity of Reyhanli to the Syrian border.

A number of Assad sympathizers were arrested in connection to the bombing and the public remains concerned that similar attacks by pro-Assad elements could take place in the event of a US-led operation against Syria.

Public concerns, especially in towns and villages near the Syrian border already suffering from the spillover effects of the fighting, also increased after the official “Disaster Management Authority” (AFAD) started releasing information about what precautions are necessary in the case of a chemical attack. Citizens were advised by AFAD, among other things, to turn a room in their house into a shelter in case of such an attack.

Another source of worry, especially for Turks in cities along the eastern border, is the possibility that an operation against Syria could lead to another flood of refugees. As matters stand the region, Turkey has been facing a steady flow of people filtering in from Syria.

The Turkish Foreign Ministry announced on Twitter that the number of Syrian refugees in Turkey has passed 500,000. Diplomatic sources in Ankara say the figure could be higher.

Davutoglu has been arguing that not responding to the Assad regime for its alleged use of chemical weapons will lead to more refugees.

"If the same trend continues ... and there is no international reaction to it, we are scared neighboring countries will face much bigger numbers of refugees," he said at a press conference in Geneva hosted by the UN Refugee Agency on Sept. 4.

The public is worried that a US-led strike against Syria will also trigger a new flood of refugees as regime forces go on a vengeful rampage against Sunni towns and villages. The concern is that these refugees will have socially and economically disruptive and destabilizing effects. It seems, therefore, that Ankara is facing a serious refugee crisis no matter what happens.

Reporting from Antakya, the capital of Hatay province, which borders Syria, The Guardian said that the refugees — who include families of anti-Assad fighters — were heightening sectarian tensions in what has always been considered one of Turkey’s most tolerant regions, where members of different religions and sects typically coexist.

A recent incident in the city of Adana involving a male Syrian refugee who allegedly harassed a young local girl also highlighted the kind of social tensions that can flare up as a result of the refugees' presence. The rented house the Syrian and his family lived in was attacked by angry locals, who fired two rounds from a shotgun at it and pelted it with stones, while chanting, “We don’t want Syrians here” before they were dispersed by the police.

Meanwhile, a German Marshall Fund survey released on Sept. 6 indicates that opposition in Turkey to an intervention in Syria has risen from 57% in 2012 to 72% this year, with only 21% favoring an intervention.

Trying to capitalize on this public sentiment, the main opposition Republican People's Party has announced it will hold a series of anti-war demonstrations across the country. With Turkey still under the influence of the recent Gezi Park demonstrations, this move stands to add to Erdogan’s Syrian headache, given the negative image that Turkey will suffer again if demonstrators and police battle it out on the streets as a military operation against Syria is underway.

Put another way, Turkey may face not just turmoil on its borders as a result of an operation, but also domestic unrest. Yet this prospect does not appear to have deterred Erdogan and Davutoglu from enthusiastically supporting a strike against the Assad regime, and this is what is really feeding public concern.