The US-Russian understanding on Syria presents a number of challenges but also positive opportunities. 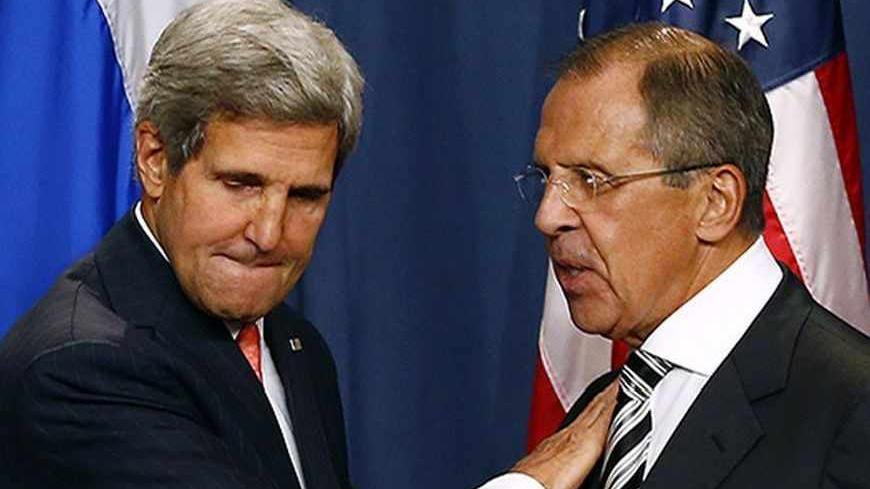 The US-Russian deal to resolve the Syrian chemical weapons crisis following intensive discussions in Geneva was a success in brinkmanship diplomacy. It avoided an anticipated US strike against Syria that would have reshuffled the cards in the crisis. A strike would have also jeopardized an already difficult settlement process, endangering reaching of a solution or making it more complicated.

The deal provides a lesson on the effectiveness of diplomacy and points to how important it is for the two superpowers to work together to reach an understanding on managing and containing the Syrian crisis as a sine qua non for avoiding escalation, which could be costly to everyone’s interests.

As in any negotiation, here the United States and Russian moved far from their original positions on settling the chemical weapons issue. The United States accepted the proposed road map and the timeline, and Russia agreed to refer the matter to the UN Security Council if Syria engages in foul play, among other things.

The public participation of Lakhdar Brahimi in a trilateral meeting with Secretary of State John Kerry and Foreign Minister Sergey Lavrov was meant to send a message about the firm commitment of the two superpowers to the Geneva process although it remains full of obstacles. It was also to say that the settlement of the chemical weapons issue, despite its strategic importance, is not an end in itself. Rather, it should be a boost to the Geneva approach. In other words, it should be integrated into the process leading to the convening of a Geneva II conference.

The deal allowed the United States to score a number of points. President Barack Obama got off the hook in his domestic battle. Some would argue, however, that this is perhaps only momentary because the agreement will be difficult to implement. They are not entirely wrong. The president’s campaign to gain support for military action suffered, from day one, from an anti-military-action public mood due to the lingering hangover from the Afghanistan and Iraq wars.

The United States also scored success with brinkmanship regarding its willingness to seek military action against non-conventional weapons, something it wants to use as an umbrella to cover not only Syria, but North Korea and Iran as well, suggesting that muscle-flexing diplomacy could be productive.

It was important, however, for the United States to deny Syria its chemical weapons capacity via diplomatic means, rather than force, to prevent impinging negatively on its position concerning the Syrian crisis. Indeed Washington can now argue that the resolution of the Syrian crisis will be safer in the absence of that capacity, given the previous uncertainty of not knowing into whose hands it might fall.

The Russians have proven that they hold key cards in the game, and they have important influence over Damascus, in this case, especially during major moments in the development of the crisis. In that respect, they received sound help from Iran.

They have also proven that they have a strong international alliance behind them confidently supporting their approach to the issue, starting with Iran and also including the BRICS nations — Brazil, India, China and South Africa — and members of the Shanghai Coordination Organization — China, Kazakhstan, Kyrgyzstan, Tajikistan and Uzbekistan. In other words, Russia cannot be sidestepped in the Middle East when its key interests are at stake. It is important to deal with it as a partner rather than as a foe.

One major, positive development precipitated by the deal is that it will necessitate a cease-fire on all Syrian territory to allow inspections and technical implementation of the agreement's various aspects and phases. This should create a positive environment for going to Geneva. Such a cease-fire has been called for repeatedly by the UN General Assembly as well as the Arab League secretary-general for more than a year to allow in humanitarian aid and medical assistance. It was also hoped it would curb the fighting and create an environment to lend credibility to a takeoff for Geneva II.

From a different perspective, the opposition expressed its fear, next to its disappointment, of having a military strike taken off the agenda, even if only for a while, conditioned on the success of the chemical weapons agreement. A strike would have changed the balance of power on the ground in their favor, which could facilitate a resumption of the Geneva process. The opposition now fears that the Syrian regime, tacitly supported by the Russians, will turn the matter into something resembling the Iranian nuclear issue, dragging the situation toward long-term negotiations.

The agreement's major achievement, however, remains its avoiding the military option, the repercussions of which could have been disastrous. Equally important is going to the United Nations via the Security Council and other relevant bodies, such as the Organization for the Prohibition of Chemical Weapons, to accompany and manage the process of creating an international control mechanism. It is important to bring the United Nations, namely, the Security Council, back into the management and settlement of the Syrian crisis as much as possible.

Last but not least, active US-Russian cooperation remains more than necessary in moving things in the right direction. Even if the two powers have divergent or differing interests in complex crises with strong geopolitical implications for both of them and for other international and regional actors, they need to work together to avoid the worse from happening. If the chemical weapons deal sees its way smoothly into being implemented, despite the many expected difficulties down the road, it will send a signal about the nature of the new, complex world order emerging on the Mediterranean shores of Syria.