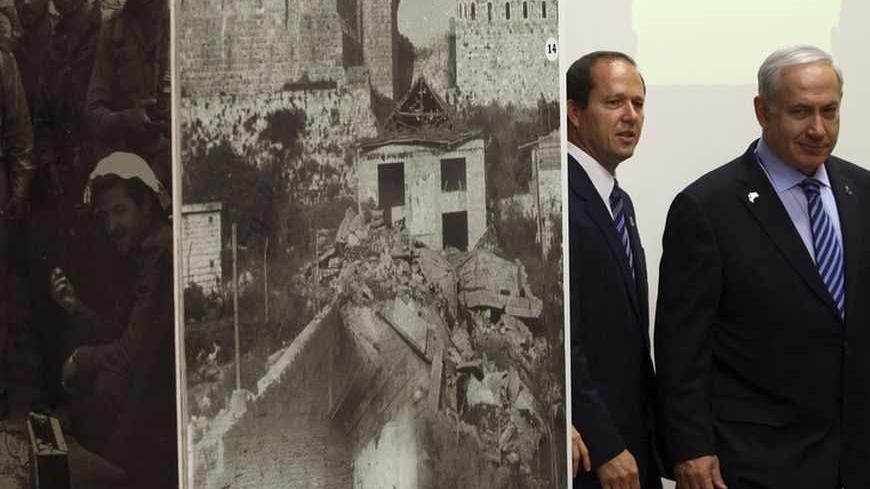 “I know that the prime minister is under pressure from many different directions, including from Avigdor Liberman and others,” said Jerusalem Mayor Nir Barkat when I ask whether he was disappointed that Prime Minister Benjamin Netanyahu has not publicly endorsed him for mayor as the city heads toward municipal elections on Oct.  22.

Barkat, formerly a member of the Kadima Party, supported Netanyahu in the last election, and the two share a positive relationship based on mutual respect. In the last few weeks, however, the Jerusalem mayoral campaign took a surprising turn, with Knesset member Avigdor Liberman, a former foreign minister and second in line in Likud-Yisrael Beiteinu, deciding to back his associate Moshe Leon for the office.

Leon, Netanyahu’s chief of staff during his first term as prime minister, is an accountant and is considered a politico. Until recently, he served as chairman of the Jerusalem Development Authority. Liberman, after deciding to put his political weight and prestige behind Leon, who actually lives in Givatayim [in suburban Tel Aviv], is behind the scenes employing the help of his good friend Aryeh Deri, chairman of the ultra-Orthodox Shas Party, who is supposed to bring out the ultra-Orthodox vote for Leon and thus conquer Jerusalem.

Although Leon is the Likud-Yisrael Beiteinu candidate for mayor, Netanyahu has not endorsed him, for the moment maintaining a deafening silence that only increases the tension between Netanyahu and Liberman.

Likud leaders claim that as a resident of Jerusalem, Netanyahu favors Barkat, who was elected to the office five years ago, and that he is pleased with the performance of the high-tech millionaire who left the business world for public service. (On Sept. 1, Forbes rated Barkat the richest Israeli politician.) Incidentally, Barkat recently received positive messages from Netanyahu. As far as Barkat is concerned, even if the prime minister continues to maintain his neutrality, it will have been an achievement for himself.

In the last week, on Aug. 27, Liberman attacked Barkat head-on in the press, and now, in an interview with Al-Monitor, the usually restrained Barkat doesn't hold back or pull his punches:

Liberman and Deri together are a powerhouse. It’s a combination of a lot of power and political clout.

“The residents of Jerusalem remember the situation five years ago, and see what we have now: great progress in all respects. This is something that the residents want to see continue. What are they offering instead? The backroom deals of Deri and Liberman, who are trying to take over the city? The public does not buy it. It understands that it comes from the wrong place. Residents understand how it could roll us back. Why are they suddenly bringing in someone who does not know Jerusalem at all? The people of Jerusalem are not dumb, they understand full well the motivations of the different players, and this is reflected in their very strong support for me and for what I stand for. This is what we’ll see in the [election] results.”

Jerusalem’s ultra-Orthodox, who vote en masse, could decide the election. Does Deri know how to bring them out?

“Unlike in the past, I have a broad, wall-to-wall, coalition, in which not one segment of the population is left out. The ultra-Orthodox have experienced a good term with me. The ultra-Orthodox public, like the Zionist public, has progressed. This is the beauty of the model I believe in, of a united Jerusalem that is not divided into tribes. In the past there was a sense that everybody lives at the other’s expense, and there were sectors who felt they were being pushed out of Jerusalem. Today all segments of the public feel that they are partners, that we know how to work with each other. This is the discourse I maintain with the ultra-Orthodox public, as well.

You supported Benjamin Netanyahu in the last election, did you expect more from him? For instance, that he would stand by your side?

“I supported and I support Benjamin Netanyahu. I think that he’s the best prime minister for the state of Israel. As for me, the prime minister has said more than once that he thinks I’m doing a good job in Jerusalem and that he’s pleased with the positive developments and changes happening in the city. He has also said that he doesn’t support Moshe Leon. Will he publicly endorse or not endorse me? Will he say it or not say it? It’s his decision. I know that he’s under a great deal of pressure from Liberman and others. As far as I’m concerned, I know that most Jerusalem Likud supporters back me, and I have no doubt that this will be reflected at the ballot box.”

You are known for your right-wing positions on diplomacy. Do you trust Netanyahu now, when negotiations with the Palestinians are taking place, not to consider a discussion of the division of Jerusalem?

“I am always ready for any scenario. Regardless, I also know that the prime minister, a large majority of the government and the Knesset, and the majority of the people, unequivocally support a united and uniting Jerusalem.

“The work that we’re doing to develop the city, to connect all of its elements, socially and physically ideologically, derives from this concept of a united and uniting Jerusalem, and indeed today I’m very happy to say that time is on our side. We are making Jerusalem more attractive for young people, for tourists and for investors. All of these developments strengthen a united Jerusalem.

“Jerusalem must remain outside of these negotiations. Jerusalem should be developed and strengthened, rather than, God forbid, thinking of its division.”

“Barkat panics in view of his failures. He is trying to shift the attention away from important issues. Among these issues are questions such as why the municipal taxes in Jerusalem are the highest in the country, why 90,000 residents left the city during his term as mayor, and why Jerusalem is rated 135 out of 150 communities and municipalities, way below the towns of Taibe and Shfarm, on the scale of students eligible for the Matrix. There are other problems as well, stemming from his mismanagement. If Barkat had even one achievement to be proud of, he would not have needed to fabricate these lies. A lie being repeated a hundred times does not become the truth.

“Barkat has failed miserably as mayor of Jerusalem. The negative facts speak for themselves as to why he should be replaced.

“The best candidate to replace him is Moshe Leon. His impressive record in all his public posts, including chief [of staff] of the prime minister's office, Israel Railways' chairman and Jerusalem Development Authority chairman, prove his worthiness for the job. Barkat himself, in an official letter addressed to the prime minister on July 2011, praised Leon's capabilities and his unique contribution to Jerusalem.”