The IDF, AIPAC and Syria

Should AIPAC be lobbying for a US strike on Syria? 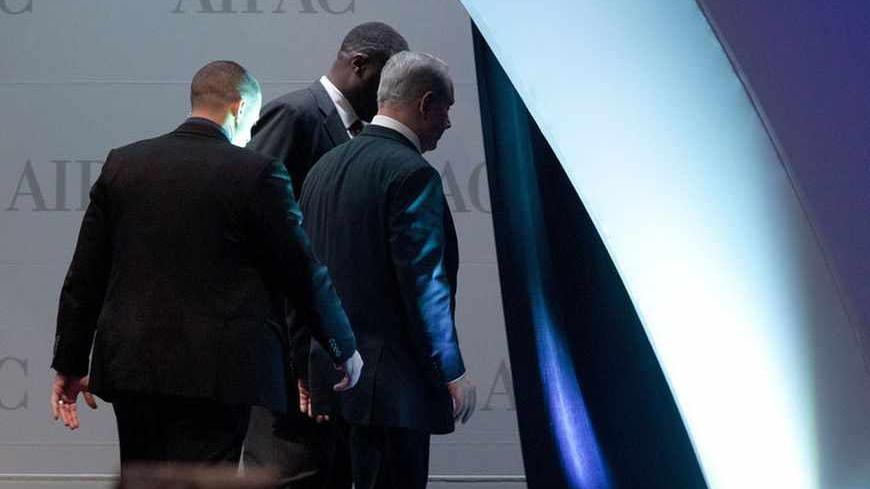 “Much of our power is not necessarily connected to military might, but to wisdom and reason,” thus said the head of the Defense Ministry's Diplomatic-Security Division, Gen. (res.) Amos Gilad, this week (Sunday, Sept. 8). Gilad’s nickname in Israel for the past two decades has been “Mr. Intelligence.”

Gilad made this statement at a conference on terror that took place in Herzliya. He noted that, “Israel must not intervene in what is happening in Syria. If we intervene, it will grant longevity to [Bashar al-]Assad’s regime and unite the rest around him.”

At the exact same time, another experienced and long-standing diplomatic source attacked the attempts to activate AIPAC, Israel’s judgment-day weapon in Washington, as part of President Barack Obama’s efforts to convince Congress of the urgency of a strike on Syria. This source is an expert regarding the entire historical background of Israeli-US relations. He criticized the excessive involvement of the Jewish lobby (in the name of Israel) in Washington with everything connected to the internal American debate regarding Syria.

“It is not wise, it is not correct, it is excessive,” said the diplomatic source, “Israel is too often viewed as a country that drags the United States into conflicts and wars. Such a modus operandi should only be employed when we have no choice, and only with regards to a strategic issue that is vital to the very existence of Israel. The fate of the Syrian regime is no such issue.” He added, “No one really knows whether life in the Middle East after Assad will be better than before, whether the border in the Golan Heights will remain as quiet as before, and what will be the fate of the axis of evil. The conflict in Syria is a war between Hezbollah and al-Qaeda, between Sunni extremists and Shiites, between very evil and more evil. Thus it is not really clear who are the good guys there, relatively speaking.

“Israel’s image has already been tarnished and harmed by AIPAC’s deep involvement in convincing the American administration to invade Iraq, a pointless invasion that caused strategic damage to the entire world. AIPAC must be kept for consensus issues only. As it is, Israel is the object of much criticism, also among liberal American Jews. Nothing would happen if, in this case, we would sit for a moment on the sidelines and allow the Americans to argue privately about the fate of their soldiers. This would only give AIPAC more power the next time that it really has to go to battle. The ‘next time’ — I’m referring to a possible assault on nuclear facilities in Iran — will be really important, fateful and decisive. It is inappropriate that every time the Americans have doubts about adopting a military course of action or not, Israel should come running and goad them on. This causes greater damage than the possibility that America would occasionally agree not to take action.”

AIPAC’s increasing involvement has come under latent criticism by the Israel Defense Forces (IDF) as well. While the defense system is responsible for Israel’s military and operative readiness for whatever will happen (or not happen) in Syria, diplomacy issues are more connected to Prime Minister Benjamin Netanyahu and his coterie of advisers and neo-conservatives who surround and influence him. Israel has no official foreign minister at the moment, since everyone is waiting for the verdict in the [former Foreign Minister Avigdor] Liberman trial. This means that Netanyahu is acting foreign minister and Zeev Elkin, a skullcap-sporting settler, is deputy foreign minister. And, this is how it looks. Israel’s diplomatic proceedings are negligent and AIPAC’s involvement is superfluous. By contrast, the process in the United States is organized, modular and structured; the Americans should complete this process on their own. We, on the other hand, should take a break from the traditional Israeli role of warmonger.

Regarding everything connected to security and military coordination, the situation between Israel and the United States has never been better. The two former chiefs of staff, Adm. Michael Mullen and Maj. Gen. Gabi Ashkenazi, were true personal friends with a warm, close relationship. The two current chiefs of staff, Joint Chiefs of Staff chairman Gen. Martin Dempsey and Lt. Gen. Benny Gantz, have not yet developed an appropriate work model but they enjoy a close relationship. Gantz himself, in a closed session in Tel Aviv, defined the relationship between them as “a dialogue between two gentlemen.”

Gantz does not nag Dempsey and doesn’t ask him, “When are you attacking?” However, each one enables his colleague to understand what must be understood, sometimes without the use of explicit words. While the assessment two weeks ago was that an American attack was imminent, today the Israeli defense system is geared for any scenario — even the one where nothing actually occurs except for winding down the tempest in a teapot without taking military action. Israel has detailed operational plans for all possible scenarios, designed by: Deputy Chief of Staff (and candidate for role of next Chief of Staff ), Maj. Gen. Gadi Eizenkot; Director-General of the Ministry of Defense, Maj. Gen. (res.) Dan Harel; and the well-esteemed IDF chief spokesman, Brig. Gen. Yoav (“Poli”) Mordechai.

In Tel Aviv (i.e., the IDF) as well as in Jerusalem (i.e., the government), it was estimated by this morning that the Russian-Iranian involvement in attempting to solve the crisis through a diplomatic solution, is not serious. The odds for attaining a satisfactory solution this way are not high, according to a military source. This is an accepted method in the Arab world to create the outward appearance of negotiations, of “creative ideas,” to gain time. In the end, by the time the diplomatic contacts mature or dry out, no one will really remember why the Americans wanted to attack in Syria, or who.

Israeli sources say that the two concepts on which the diplomatic programs are based, are not real “starters” as far as Assad is concerned. The first is his renouncing the government. Anyone who is familiar with Assad and his family knows that such a step would arrive (if ever) only at the last minute: When the last Syrian soldier still faithful to Assad is killed, or the last chemical warhead in Assad’s arsenal is fired. And we are not there yet.

The second concept, renouncing chemical weapons, also does not sound logical. Assad’s tremendous chemical arsenal is his insurance policy. Without his chemical weapons, Assad would feel like Israel without its nuclear weapons, according to foreign sources: naked and at the mercy of his enemies. Therefore, Israeli sources hold that while a diplomatic-solution scenario does exist, its chances for success are low.

Most senior members of the Israeli defense apparatus view the Russian-Iranian diplomatic scenario as very similar to the diplomatic efforts of the international community vis-à-vis Iran’s nuclear project. In other words, Israeli sources feel that they will talk until the end of time, but never achieve real results.

Yet on Monday afternoon Israel time [Sept. 9], Syria announced that it agreed to the Russian proposal to place the chemical arsenal of Assad’s regime under international supervision. Seconds after the release of the official announcement, the Internet was flooded with spins of, and commentaries on, the Syrian statement. Syria’s agreement would seem to provide a loophole to solve the quagmire and a ladder that Obama needs to get down from the tree of attacking Syria. At the moments these words are being written, we have no information regarding the seriousness of the Russian proposal or the seriousness of the Syrian assent, or the willingness of the Americans to an elegant descent from their Syrian tree. This certainly does not add much to President Obama’s battered record as leader of the free world.

What we do know is that Israeli Defense Minister Moshe Ya’alon hinted last Sunday [Sept. 8] that the American strike would probably be “after the holidays” (the Jewish holidays in Israel end in more than two weeks' time). As of now, this, too, is uncertain. What will be in the end? No one knows. This bizarre situation was summed up by a recently retired high-level officer who is very connected to the IDF mentality. He says, “Either Obama is a total good-for-nothing, or a genius.” He offered the following analysis: The possibility that Obama is a zero is based on the assumption that if he would have executed an operation of 24 to 48 hours at the end of last week immediately after Secretary of State John Kerry’s speech [on Aug. 30], by now everyone would have forgotten about it already and the world would have gone back to doing its business.

Instead, Obama created such a foolish and complex quagmire that it will take him months to extricate himself from it. However, adds the officer, the possibility also exists that Obama is a genius who sees several steps ahead of everyone else and will walk away from this business much stronger than he entered it. It could be that he knows things that we don’t. It could be that his plan foresees the future in a way that we can’t recognize yet. How does the Russian compromise fit in with this plan? It is unclear.

So how will Obama emerge in the end? I asked the officer. All options are open, he said, “Anything from very small to very big is possible. Even he himself does not know yet.”