Iranian President Hassan Rouhani emphasizes diplomacy, and US President Barack Obama should give it a try on Syria before going to war. 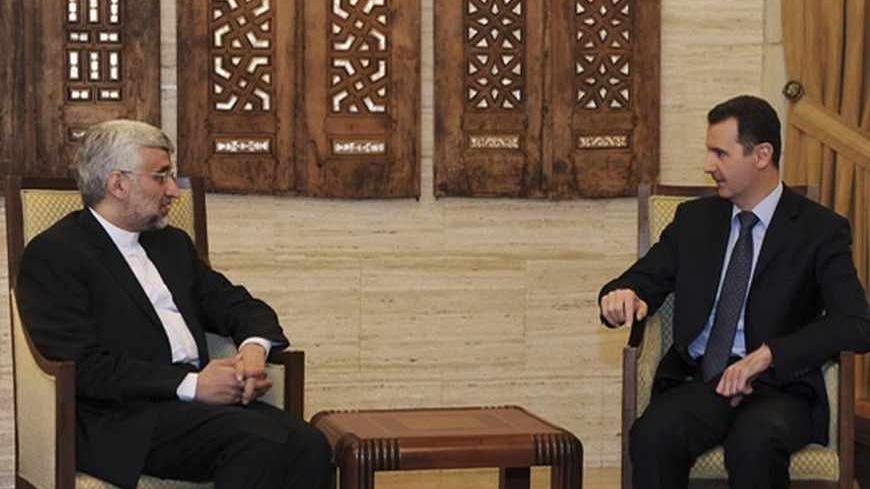 TEHRAN, Iran — It took the images of large numbers of dead children lined up in neat rows, snuffed out by a method of warfare that breached Obama’s so-called "red line," for the US administration to seriously consider the prospect of intervening militarily in Syria for the first time since the conflict erupted in spring 2011.

Aside from providing definitive evidence that the regime — and not the rebels he supports — is responsible for the attack, Obama must demonstrate he has exhausted all diplomatic efforts to de-escalate the crisis before he can justifiably go to war. This means talking to Iran.

Fortunately for the United States, the time has never been better to seek Iran’s assistance in helping to stem or even stop the violence tearing Syria apart. Iran’s new President Hassan Rouhani won a landslide majority after campaigning on engaging with the West, defeating isolationist conservatives. This week, he responded quickly to the attack in Syria by condemning the use of chemical weapons, which have killed or injured 100,000 Iranians.

However, in an interview with Iranian state TV on Thursday, Aug. 29, Rouhani also pleged that Iran would work with Russia to stop any military intervention and criticized the current push for a strike in Syria as a political maneuver to save the weakened rebels, saying, "Western countries have found some excuse to prepare the ground to weaken the stance of Syria in further talks."

The Islamic Republic of Iran is the only country in the world with enough influence in Syria to have a chance of moving the civil war toward a negotiated political settlement. The two states forged a symbiotic relationship that at the beginning of the Iran-Iraq War (1980-1988), when mutual antipathy toward Saddam Hussein brought revolutionary Shiite Iran together with a statist and majority-Sunni Syria. Over the subsequent decades, there have been times when one member of the alliance has gained more from the relationship than the other, but they have found common cause to stick together.

Now — over two years into the Syrian civil war — is one of those times when Syria needs Iran more than Iran needs Syria. The Islamic Republic of Iran provides large credit-export loans and training to the embattled Syrian regime. Hezbollah — the Lebanese militia it formed in the early 1980s — is supporting Assad’s stretched military. Combined, these links have left Iran with huge leverage over Syria.

Meanwhile, the United States has major leverage on Iran. Its sanctions have cut its oil exports in half and new sanctions declared this month commit it to cutting the other half. Newly elected President Rouhani and his team have ambitious economic plans — particularly in the field of oil and gas development and distribution — that are effectively on ice until the sanctions are removed.

In theory, a bargain could be struck whereby the United States solicits Iran to assist in pressuring Assad to enforce a temporary cease-fire and come to the table, while it, and its Gulf allies, apply diplomatic pressure on the rebels to do the same. In exchange, the United States could soften its commitment to sanctions in the upcoming P5+1 (the five permanent members of the Security Council plus Germany), or even bilateral talks, over Iran’s disputed nuclear program.

Alternatively, the United States could cut a deal buying Iranian quietude in the event of a US/NATO strike on its Syrian ally in exchange for similar concessions on the nuclear talks. There are suggestions that this option is currently being pursued. This week, Jeffrey Feltman, a former US ambassador to Lebanon, visited Iran as a UN official to discuss Syria and reportedly called on Iran “to stay calm if there were strikes on Syria,” according to Ali Hashem’s sources in Tehran.

At the same time, Sultan Qaboos of Oman — a long-time mediator between Iran and the West — was discussing the upcoming US-Iran nuclear talks with Rouhani and Supreme Leader Ayatollah Ali Khamenei, during a visit to Tehran that Al-Hayat, a pan-Arab newspaper, quoted sources in Iran as saying was "not normal and does not fall under normal protocol."

Former Iranian diplomat Nosratollah Tajik, who was released from house arrest in Britain after mediation by Qaboos, commented this week that Iran should pursue direct negotiations with the Americans over Syria.

Iran and the United States support different sides in the Syria conflict, which they are each providing with arms and cash. But Islamist groups such as the Islamic State of Iraq threaten to turn the Syrian conflict from a simple proxy war between Iran and the United States to a wider regional maelstrom affecting their other interests in the region vis-a-vis Lebanon, Jordan and Iraq.

Both counties have signaled they will now accept a negotiated political settlement, and the United States has reversed its position in trying to block Iran from participating in the Geneva II talks on Syria. At the end of last year, Iran drew up a six-point peace plan that called for an immediate cease-fire between rebels and the government, inclusive talks from across the “entire [political] spectrum” and the drafting of a new constitution. It brought up the plan to Feltman during his visit.

The only real roadblock to the Geneva II talks, as Al-Monitor editor and CEO Andrew Parasiliti points out, is the reluctance of the rebels to negotiate while on the back foot — the proposed air strikes may be a ploy to strengthen their position ahead of Geneva.

The tragedy unfolding in Syria could provide an opportunity for the United States and the new Iranian administration to work together in the common interest of taming the violence, while at the same time demonstrating Iranian good faith before the next talks on its disputed nuclear program. It should be noted that Iran, specifically Zarif, proved invaluable to the Americans in the run-up to its invasion of Afghanistan in 2001.

Working together could also play well domestically in both countries. Rouhani already has a mandate and tacit permission from Khamenei to engage with the Americans, and Iran’s conservative spoilers are weaker and less unified than they have been in well over a decade. Meanwhile, Obama can demonstrate that he is prepared to break diplomatic taboos in the service of the greater good, rather than prevaricating over how to react to events that are beyond his control.