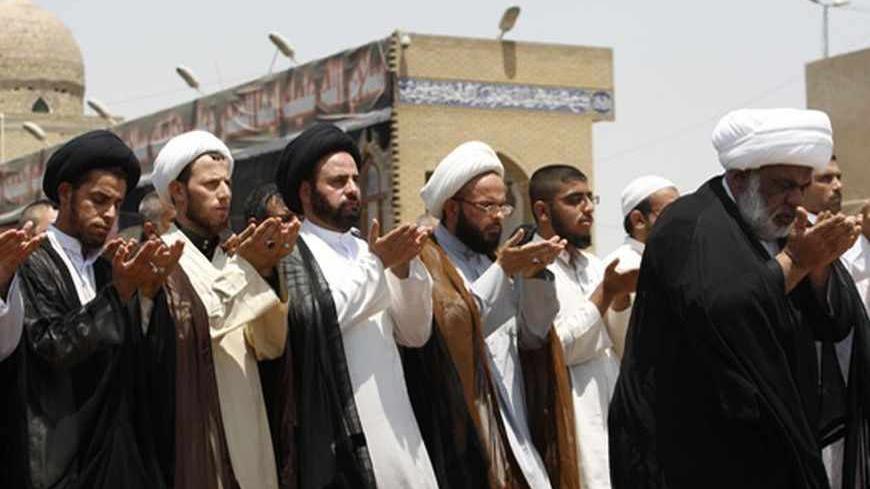 There are no clear standards that govern the substance of Friday prayer sermons in any of Islam’s branches, particularly with respect to the political aspect of the sermon. In fact, only some oppressive Middle Eastern countries have ever established such standards and limited sermons to the offering of spiritual guidance. For example, former Iraqi President Saddam Hussein forbade Shiite Muslims from holding Friday prayers and restricted Sunni sermons to religious content, barring the raising of political or critical issues having to do with people’s lives and problems, while also compelling preachers to pray for him at the end of each sermon.

Friday sermons changed radically for both Shiite and Sunni Muslims after 2003, when they began to largely revolve around a weekly discussion of political issues. The spiritual aspects of sermons greatly diminished, and were replaced by purely political speeches.

Some Friday sermons in Iraq were even transformed into an avenue for sectarian incitement, where violence was encouraged by some — as others used them, in one way or another — to perpetuate the prevalent social schisms.

Of course, one cannot ignore the positive roles played by some Friday preachers in identifying the loci of political aberrations. This is the case of sermons given by representatives of the Supreme Religious Authority Ali al-Sistani in Karbala, or the representatives of Abdul Malak al-Saadi in Anbar, who all adopted a conciliatory religious discourse that does not rely on incitement nor promotes violence. This is despite the fact that those sermons increasingly targeted the government with harsh criticism as a result of its mismanagement of the security, political and economic agendas.

But, in contrast to these laudable religious and political sermons that follow Friday prayers, the spread of mosques and Friday preachers into every neighborhood and village — where each of them espoused different ideologies, loyalties and interpretation of events — has produced an infinite number of inflammatory speeches that sometimes strike at the very heart of social peace. The media, of course, focuses on relaying the main sermons of some of the most prominent preachers. This does not, however, preclude hundreds of lesser known preachers to dangerously influence the feelings of people by guiding them toward a specific political vision on a weekly basis.

In practical terms, Iraq does not possess many clerics who are not influenced by political and partisan proclivities. Therefore, on the Shiite scene, one can observe that some preachers promote the political agenda of the Sadrist movement, while others prefer that of the Supreme Council, or the Islamic Dawa Party and the Fadila Party. On the Sunni side, preachers usually endorse the Iraqi Islamic Party, while others favor Salafist ideals, and some even promote al-Qaeda.

While the responsibility for appointing Friday preachers and supervising mosques rests with two governmental institutions, namely the Shiite and Sunni Waqfs (endowments), they actually possess only a limited capacity to impose standards upon Friday sermons, even those that are used to threaten civil peace and incite violence.

Lately, some Friday sermons have begun threatening the unity of the country and inflaming tendencies toward sectarian strife and societal violence. Due to the sensitivity of the issue and the state’s inability to impose a governing legal construct, the most realistic solution to the problem at this stage is for prominent religious figures to embark on restoring reason to some sermons, criticize preachers who call for violence and urge them to adopt a conciliatory approach that does not transform Friday sermons — considered a cornerstone of the Muslim religion — into a political platform that is used to incite while neglecting the spiritual aspects that are supposed to be at the core of any moderate religious discourse.