The Turkey-Egypt axis is a thing of the past, at least for now. 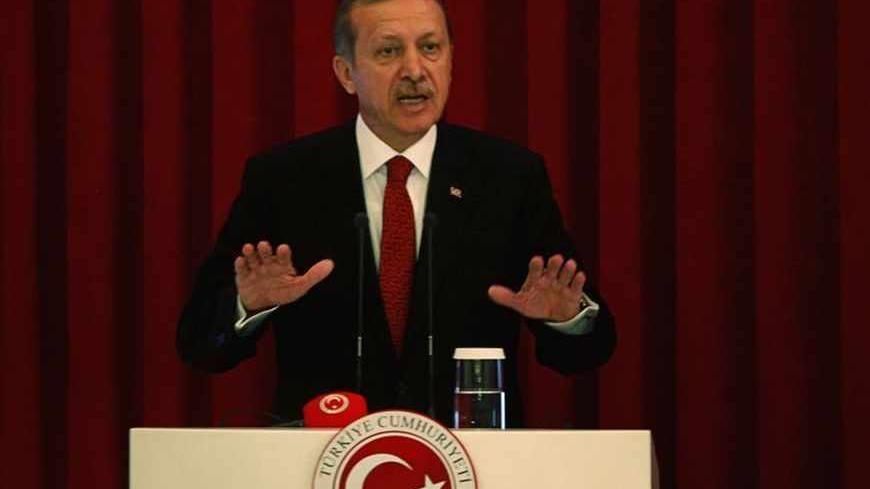 If there is one place on earth where the effects of the July 3 military coup in Egypt were felt as much as in Cairo by deposed president Mohammed Morsi and his Muslim Brotherhood, it must be Turkey.

As Ankara coped with the trauma of the events in Istanbul and most other parts of the country, the military coup in Egypt came as an additional tremor to Prime Minister Recep Tayyip Erdogan and his ruling Justice and Development Party (AKP). It so shook Erdogan that he interrupted his much-needed holiday and returned to work, convening his top aides and within 48 hours launching a vigorous campaign of criticism against the West, especially Europe, for not acknowledging the Egyptian coup as a coup.

As Milliyet columnist and Al-Monitor writer Kadri Gursel said so incisively in his July 7 Milliyet column, “Turkish Islamists are living the Egyptian coup not as a coup in Egypt but as profoundly as a coup against themselves in Turkey.… They want those looking from outside to put them in the place of victimized Egyptian Islamists.”

The Egyptian military’s unseating of Morsi and the Muslim Brotherhood also serves as a dose of palliative care that AKP rule needs badly given its own traumas, especially the Taksim-Gezi protests. Erdogan and his fellow party members have again, as Gursel noted, “retreated to the shelter of victimhood” and legality, two themes they voice persistently. The AKP has successfully employed the theme of “victimhood’ in its claim that it represents the “black Turks” against the “white Turks,” and its leaders always aver that to come to power through elections is the source of legitimacy for a political movement that has victimhood as its starting point.

In a speech on July 5, Erdogan, while rejecting the military coup in Egypt, justifiably emphasized that an elected Morsi and Muslim Brotherhood government must be deposed through elections. He frequently repeated, “The ballot box is the chastity of democracy.” Two Turkish dailies under strict government control used the expression for banner headlines the following day.

The Turkish public and certainly the ruling party apparently did not pay much attention to the June 30 gathering of record numbers of people in Tahrir Square and elsewhere in Egypt to demand Morsi’s resignation and did not feel that given Morsi’s autocratic tendencies, the June 30, 2012, elections that brought him to power may well have been the last elections for Egypt for quite some time.

The principle that those who enter by elections must go with elections was cited as a sine qua non of democracy. This serves to reinforce the democratic legitimacy of the Muslim Brotherhood government in Egypt and AKP rule in Turkey. It also helps in resuscitating the theme of victimhood that the AKP finds highly useful.

There is another functional aspect of this approach. Erdogan and his supporters want to believe and demonstrate that the Taksim-Gezi events in Istanbul were a product of “foreign forces,” an international plot seeking to topple Erdogan by preparing the ground for a military coup. The July 3 Egyptian coup is therefore presented as a (self-fulfilling) prophecy of Erdogan’s Taksim-Gezi narrative.

The AKP and its propagandists also latched on to the Egyptian coup as a life preserver in an attempt to recoup the moral high ground they lost because of the Taksim-Gezi events. In the meantime, some of the liberal-democrat intellectuals in Turkey who had supported the Taksim-Gezi protesters, and were distancing themselves from the AKP to avoid being seen as supporting a military coup, went to such great pains in denouncing the events in Egypt that their support for Taksim-Gezi appeared to have been meaningless.

Thus on one side of the coin, the military coup in Egypt paradoxically represented something of a magic cure for the AKP. On the other side of the coin, however, the worst loses accrued to Turkey’s AKP as much as to the Egyptian Muslim Brotherhood.

There is no threat whatsoever to the AKP's grip on government. This is the basic difference between Egypt and Turkey. That said, the overthrow of Muslim Brotherhood rule in Egypt denies the AKP the chance to fulfill one of its goals, which is also Foreign Minister Ahmet Davutoglu's grandest dream — the establishment of a Turkey-Egypt axis in the region. The AKP and Muslim Brotherhood's ideological kinship was to have played a determinant role in the realization of this dream.

That is why Turkey had chosen to use its soft power most generously for the benefit of the Brotherhood government. While the Morsi administration was struggling to obtain a $4.8 billion loan from the International Monetary Fund in fall 2012, the Erdogan government granted a five-year, $1 billion loan to Egypt with no repayment for the first three years. This is a massive amount of money for both countries.

In the six months that elapsed since then, the expectation was that as a consequence of Turkey’s largesse to Egypt, Morsi and his Brotherhood would decide to emulate the Erdogan AKP of 2002–2011 to prove the theory that Islam and democracy can coexist. The opposite, however, occurred, with Erdogan beginning to look more like Morsi, and the AKP beginning to resemble the Muslim Brotherhood ideologically.

This is why the overthrow of the Brotherhood came as such a severe shock to the AKP. The party’s self-confidence — driven by its successes in power and increasingly morphing into arrogance — was shakened, and in terms of realpolitik, Turkey’s power, influence and room for maneuver in the region was significantly curtailed. One cannot now speak of a Turkey-Egypt axis.

The ousting of the Muslim Brotherhood from power will also negatively affect Turkey’s Syria policy. It is an unquestionable reality that the developments in Egypt have allowed the Damascus regime to breathe much more easily.

The AKP that tended to correlate its Palestine and regional policy with Hamas will now have a tough time given the seismic aftershocks of the end of Muslim Brotherhood rule on its Gazan neighbor. One of the first victims of the military coup was the postponement of Erdogan’s visit to Gaza, once considered crucial to the revitalization of his political fortunes.

The spread of resistance to the military coup in Egypt and the possibility of Muslim Brothers returning to power is a grand hope and dream for the AKP, but this is an excessively optimistic outcome that is all but impossible to predict and may entail unwanted developments, including a civil war. While the Egyptian events offered some relief to Erdogan and his party, it is hoped that they are able to read and grasp the realities of Egypt that cannot but be demoralizing for them. 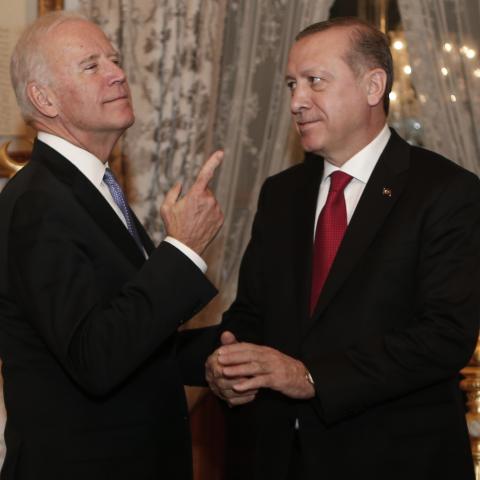