Prime Minister Benjamin Netanyahu decided to release Palestinian prisoners as a token of good will toward the Palestinians, instead of a settlement freeze. 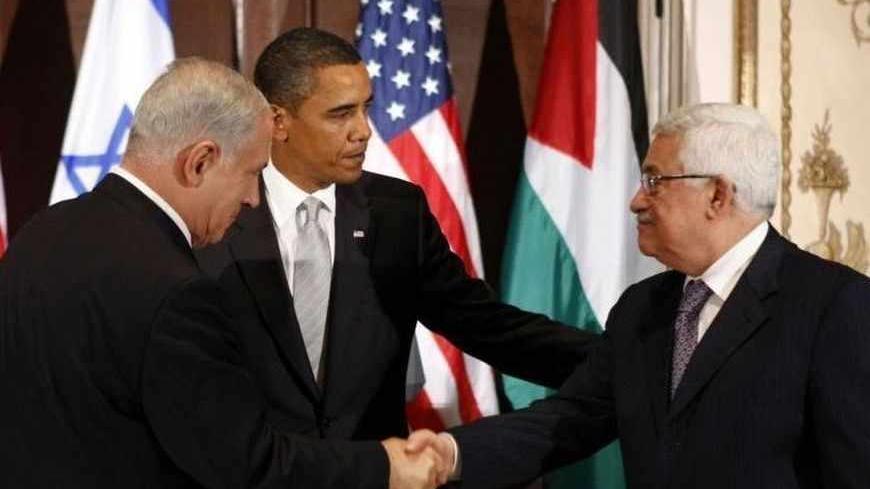 As an Israeli journalist, I first became aware of the issue of Palestinian prisoners in autumn 1993. For years, the only exposure that the Israeli public had to those people defined as terrorists was photographs initiated by the Israeli security forces, which allowed television crews to visit the prisons or to attend their sentencing by military tribunals. In most cases, they received life in prison. It was only after the signing of the Oslo Accords that I saw a Palestinian prisoner up close and face to face. No longer hiding behind his keffiyeh, I saw a human being.

The prisoner I met was Sufian Abu Zaida, who has since become a close friend. Those were days of great hope and joy. Practically overnight, people who were defined as terrorists and the murderers of women and children, became partners in a complex and difficult process to restore trust between the parties after a century of violence. The Palestinians felt a sense of euphoria too. In the nascent Palestinian Authority, the prisoner release was regarded as an exchange of prisoners of war, who were coming home after the fighting had ended.

Standing outside of Gaza Prison, Abu Zaida spoke to me in fluent Hebrew. He took pride in belonging to the Fatah movement, which had just signed a peace treaty with Israel.

“How did you get to be so fluent in Hebrew? Where did you learn it?” I asked, startled by how effortlessly he spoke.

“At the best possible school,” he said, “the faculty of Hebrew in your prisons.” He was standing outside the prison gates, waiting for his friend Hisham Abdel Razek, who had been sentenced to life in prison but was now about to go free, as were most of the prisoners from Fatah and the other groups. The only exceptions were prisoners from Hamas and the Islamic Jihad movement, who opposed the accords.

In time, both Sufian Abu Zaida and Hisham Abdel Razek became supporters and promoters of peace with Israel. They worked together with the peace movements in Israel to build bridges with which the two peoples could meet, get to know each other and understand each other. But this peace did not last. Most of the bridges collapsed, and a second intifada erupted, more violent than its predecessor. While some of the newly released prisoners went back to fighting against Israel, Abu Zaida was working on his doctorate in England. He refused to return to the cycle of violence.

“I can’t fight against people once I’ve met them, and with whom I’ve become friendly. I can’t,” he explained to me before the TV cameras in England, far from his home in the Jabaliya refugee camp, a place which became a symbol of the first intifada and which stood at the forefront of the second intifada. Hisham Abdel Razek, his partner from the movement and from jail, remained in Gaza, where he spent his time trying to speak with the many Israeli friends he made since his release. His goal was to stop the bloodshed and return to the path of common sense and dialogue.

Over the years, I investigated the issue of the Palestinian prisoner as a journalist, but also as part of my academic research. Based on both existing data and the tracking of the transformation they experienced in Israeli prison it is clear that there is no basis to the claim that upon their release, these prisoners return to the cycle of terrorism. Furthermore, even after decades of discussions and confrontations, public opinion in Israel still fails to recognize the enormous importance that the issue of the prisoners has on the Palestinians and how it often contributes to the widening of the gap between the two sides.

Nevertheless, it seems as if this time, the Israeli government headed by Prime Minister Benjamin Netanyahu has crossed all the red lines, and not only the red lines that it itself sketched out and emphasized throughout the past few years, but the generally accepted ethical boundaries in every series of negotiations as well. Israel is releasing prisoners, some of whom launched harsh terrorist attacks against civilians, or in other words, terrorists who were not set free even after the signing of the Oslo Accords. The current prisoner release is not part of some peace agreement, and the Palestinian public will not regard these individuals as prisoners of war, who are returning to their homes on the wings of history. The only reason that they are being released is because Israel ran into a dead end, and a gun is pointed at the prime minister’s head.

Israeli public opinion has a hard time accepting the release of prisoners. That was the case with the deal that led to the release of Israeli abducted soldier Gilad Shalit, and it was the case in the prisoner exchanges with Hezbollah. In fact, this was the case whenever the issue came up. Shalit spent 5½ years in captivity under harsh conditions until a deal was finally reached, even though that deal could have been reached a long time before that. It was only after Israel internalized that there was no other way to bring about the release of its captive soldier that it signed an agreement that included the release of terrorists responsible for the murder of hundreds of Israelis. If any red lines were crossed in the Shalit deal (October 2011), the overall feeling was that all the other alternatives were investigated and that there were no other options. This time it looks like the prisoners are getting out for very little, as nothing more than a statement of intent and an effort to create the right atmosphere. The only reason that they are being released is to prove to the United States, the European Union and the Palestinians that Israel will come to the negotiating table with good intentions.

Netanyahu and his partners in government, both past and present, have brought this on themselves. They spent years claiming that the chairman of the Palestinian Authority is “not a partner” for negotiations. They argued that he is an irrelevant leader, incapable of making any significant decisions. While Palestinian Chairman Abu Mazen spoke everywhere about his desire for peace and his support for an agreement based on a two-state solution, former Foreign Minister Avigdor Liberman countered that he was actually an obstacle to peace. While the chairman of the Palestinian Authority declared his opposition to a violent struggle, his stature among Israelis only got weaker, and as a result, his support among his own people declined as well. Now the Israeli government will release prisoners in order to bolster his stature, after taking steps to bring it crashing down.

Another reason for the Israeli decision is the settlements. Netanyahu was adamant in his refusal to freeze construction across the Green Line before going back to the negotiation table, a demand intended to stop Israel from unilaterally creating facts on the ground, while the parties are trying to resolve the conundrum in the territories. Rather than choosing a settlement freeze, he chose to release prisoners instead. The Israeli prime minister would rather deal with the protests of families who have lost their loved one than protests by the settlers. Maybe it is because the latter can bring down his government.