In an interview with Shlomi Eldar, senior Fatah member Dr. Sufian Abu Zaida reveals that he isn’t placing much hope in the US president’s visit — or in the new Israeli government, for that matter. 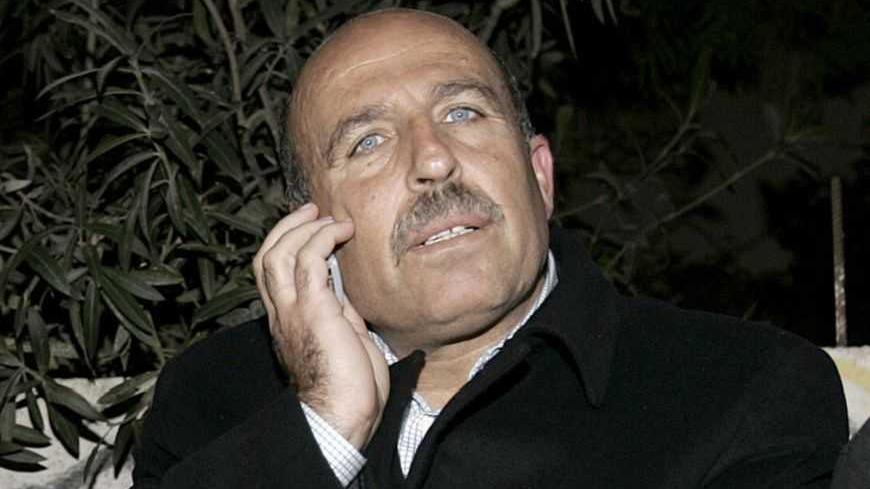 Senior Fatah official Sufian Abu Zaida speaks on the phone after he was freed from abductors in Gaza, Dec. 18, 2006. - REUTERS/Mohammed Salem

''We don’t expect anything to come of it. The fact that he said, ‘I’m not coming with any diplomatic plan,’ speaks for itself. In other words, he is just coming to sightsee.”

Abu Zaida, a senior member of Fatah, has been living in Ramallah for almost six years now or, more accurately, he’s in exile there. The house where he was born lies in the Jabalya refugee camp, but when Hamas seized power in the Gaza Strip, he and most other Fatah activists were forced to flee for their lives.

Before that Abu Zaida spent thirteen years in an Israeli prison for belonging to a hostile organization, possession of weapons, recruiting activists, and harming collaborators. He was released as part of the Oslo Accords and immediately became the Palestinian spokesperson in greatest demand by the Israeli media. This was because of his fluent Hebrew, which he learned in prison.

Though he once served as Minister of Prisoners’ Affairs, most of his recent focus has been in academia. It is interesting to note that Abu Zaida began his academic studies at Sapir College in the Negev, where he studied Jewish history. From there he went on to obtain a doctorate in England. The courses he now teaches at Birzeit University offer Palestinian students an overview of Israeli society. It is a subject that Abu Zaida knows well.

Some Palestinians refer to him cynically as “the Israeli” because of his relatively moderate positions on how to resolve the conflict. He has, in fact, expressed his support for the Geneva Initiative (2003), but no one should be deceived by this. Abu Zaida has been active in Fatah for years, and he remains uncompromising in his positions. We have already seen an example of this in his attitude toward the US president’s visit to the region.

“The entire Palestinian leadership in the Palestinian Authority, from the most senior official to the most minor, has already heard every last detail about the schedule for the visit. Even people in the street know that. Obama isn’t bringing any diplomatic plan with him. He’s not coming here to force the parties to take any significant steps whatsoever. He has no political agenda. So what is there left to expect? Attorney Yitzhak Molcho [Prime Minister Benjamin Netanyahu’s emissary for negotiations with the Palestinians, S.E.] already sat down with the Americans and expressed the Israeli position. [Senior Fatah official and former minister of Negotiations] Saeb Erekat was also in Washington, and he described the Palestinian position. So what is there left to expect? What? Doesn’t Obama know the two positions? Isn’t he familiar with them by now? Is he just coming to learn about the problem? He’ll go to the Church of the Nativity in Bethlehem and put a check on his list beside, ‘Visit the Palestinian Authority.’ On his way there, he’s having breakfast with President Shimon Peres in Jerusalem. He can put another check beside that. It’s all a lot of sloganeering, but that’s all it is.”

You’re expressing a lot of frustration. Is Fatah planning any protests?

“Although it isn’t official, there is a lot of anger over US policy toward the Palestinian people. Still, I don’t know of any plans for organized protests during the visit. I don’t see any demonstrations against Obama in the offing.”

If you had a chance to share a few thoughts with him, what would you say?

“I would tell him that the role of the United States is not just to listen to both sides but to come with some systematic diplomatic program based on a two-state solution, which would include an Israeli withdrawal to the 1967 borders and the establishment of a Palestinian state. If he doesn’t come with some well-formulated plan, he is actually reducing the role that the US plays in resolving this conflict. It’s important to understand that the Americans can’t allow themselves to serve only as observers. They need to have an impact.”

The Palestinians hold demonstrations every week at the various points of friction. Are these demonstrations organized? People talk about a Third Intifada. Is this your way of signaling to the Americans that the region is not very tranquil?

“I haven’t heard a single person in Fatah speak about a violent Intifada or an armed struggle, whether officially or not. Yes, I’ve heard people talk about a non-violent struggle. I’ve heard that from Palestinian Authority Chairperson Abu Mazen on down, across the entire leadership. In practical terms, a ‘non-violent popular struggle’ means demonstrations without any direct contact with the Israelis, so as not to lose control, since that would lead to violent clashes. On the other hand, the leadership knows that it must identify with the prisoners detained in Israel, and that it must protest attacks by settlers and construction in the settlements. Add the economic situation to mix, since no one in the Palestinian Authority is happy about that, and you get even more pressure.”

Is that how the Palestinian leadership releases pressure, by encouraging these demonstrations?

“That’s not the issue. A political movement must reflect the will of the people. It must be at the forefront. It must lead, but at the same time it must go with the flow, and know about the hardships that are felt in the street. That is the only reason any political movement has a right to exist. If it is divorced from the emotions, from the suffering, and from the will of the people, it has no right to exist. A political leadership should redirect the pressure in different ways, and in doing that it must take care not to lose control. Inertia is dangerous, but so is the loss of all constraints.”

Abu Zaida was only able to return to Gaza recently, after Fatah and Hamas started getting closer and there was talk in the air about a possible reconciliation between the Palestinian factions. So far these have only been very brief visits to see his home in the refugee camp and exchange a few words with his family that still lives there. Then he returns to the new home he created for himself in Ramallah.

You were born and raised in Gaza, and only fled from it later in life. Describe what you experience during those visits.

“First I meet with my father and the rest of my family [Abu Zaida’s wife and children joined him in Ramallah, S.E.]. Then I meet with Hamas. What I can tell you about that is that we still have a long way to go before there is any reconciliation.”

Since the interview was about to end, I decided to try anyway and see if I could get the slightest hint of optimism out of Abu Zaida.

Over the next few days a new government will be formed in Israel. Does that leave you with even the slightest glimmer of hope?

“Your new government will hardly know how to deal with its own internal problems.”