Despite the gunshots fired at his car and threats on his life, Fatah official Sufian Abu Zaida continues to demand that democratic elections be held in the Palestinian Authority: “Nothing will stop me from expressing my views.” 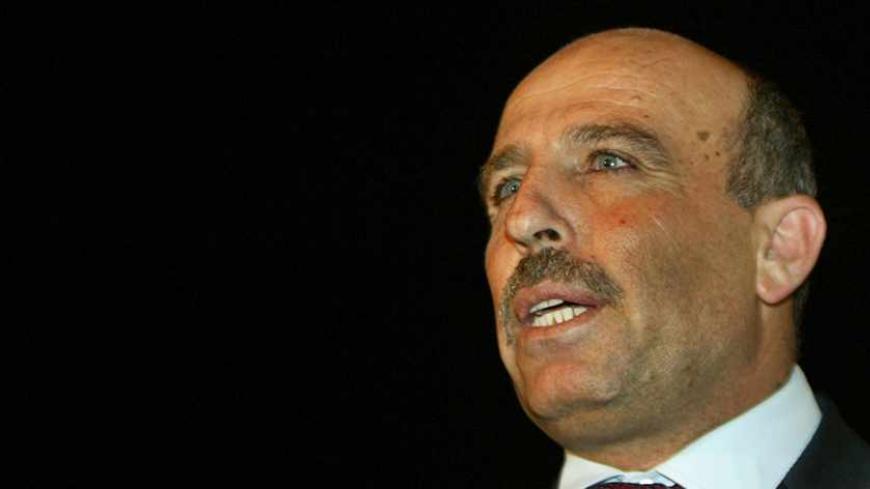 Sufian Abu Zaida, member of the Fatah Revolutionary Council and former Fatah minister of prisoner affairs, was not deterred by the 20 gunshots fired at his car on Nov. 19. Not only were the gunshots unsuccessful in silencing him, but they even galvanized Abu Zaida and increased his motivation. Three weeks have since passed and Abu Zaida, from every tree and rooftop, stubbornly continues to call on Palestinian Authority Chairman Mahmoud Abbas (Abu Mazen) to end his one-man regime over the West Bank and share his powers with others for the benefit of a more democratic regime. In Zaida’s opinion, the gunshots that were fired in the light of day were a violent response to an article he wrote about a month ago (one article out of many) that was publicized in most of the Palestinian news websites in the West Bank and the Gaza Strip. The article was titled, “The Era of the Rais.”

“The Rais now heads everything connected to the Palestinian nation,” wrote Abu Zaida, “He is chairman of the Palestinian Authority, president of Palestine, head of the Fatah movement and commander of the security forces. And due to the disruption of the activity of the Legislative Council, his presidential orders become law.” Abu Zaida contends that even the late PLO Chairman Yasser Arafat concentrated less power than Abu Mazen, and that all the institutions of the Palestinian Authority (PA) and of Fatah are neglected and worthless and do nothing to change the dangerous path adopted by the PA.

The response arrived when Abu Zaida parked his car on the outskirts of Ramallah, on his way to a morning exercise in a workout gym. Ever since he was released from Israeli prison after the Oslo Accords, he has been  meticulous about working out almost every day. “I am a free man with self-respect for my opinions and point of view. It is my right to express criticism, also according to Palestinian law, and nothing will prevent me from expressing my views,” says Abu Zaida in an interview with Al-Monitor.

“Fear is the last thing that guides my steps. If I was I wouldn’t remain in Ramallah, but the one who tried to shoot me wants me to leave the city.”

This is not the first time that Abu Zaida’s life has been in danger. In December 2006, several months before Hamas took over the Gaza Strip in a military coup, Abu Zaida was abducted by armed members of the organization, right near his home in the Jabaliya refugee camp in the northern section of the Gaza Strip. He was released only after Hamas leaders intervened on his behalf, and after the coup [in Gaza] he escaped with the rest of the Fatah people to Ramallah. His stinging criticism of Abu Mazen has now transformed even his city of refuge into a dangerous place.

In the wake of the gunshots and threats to his life, Abu Zaida waved an accusing finger at the PA chairman on his Facebook page. “I blame President Abu Mazen personally, as the head of the authority [PA] and the one responsible for the security apparatus, for what happened to me and to my colleagues, and what may happen to me and to my colleagues and what will happen in the future.” He demanded that the chairman track down the perpetrators of the gunfire but even after 20 days, and even though the incident took place in the light of day, no one has been arrested to date. According to Abu Zaida, it is not likely that anyone will be arrested since no efforts are being made to locate the shooters.

Abu Zaida is a very familiar figure to the Israeli public. Ever since the PA was established, Abu Zaida has been a Palestinian commentator who is featured frequently in the Israeli media, due to his fluent Hebrew — the language he acquired between the walls of an Israeli prison. After his release, Abu Zaida became one of the well-known figures in Fatah’s field activities. He helped establish the institutions of the PA and helped prepare for Arafat’s arrival from Tunisia. Abu Zaida is viewed as a close associate of the ousted Fatah official Mohammed Dahlan, Abu Mazen’s archrival. This, according to Abu Zaida, is another reason for the gunshots at his car.

Nowadays, Dahlan is in exile in Abu Dhabi in the United Arab Emirates after his Fatah membership was revoked. From there, Dahlan continues to wage a battle against the PA chairman. Last week, Dahlan traveled to Brussels and met with higher-ups in the European Union (EU). He voiced his arguments and claims that the PA is being run as a dictatorial regime. Moreover, Dahlan spoke in favor of stopping the annual EU financial support of the PA to the tune of 300 million euros [about $413 million], because he argued that this monetary assistance perpetuates two dictatorships, in Gaza and in Ramallah.

The gunshots fired at Abu Zaida’s car served to raise Abu Zaida’s charges against Abu Mazen to the public agenda. The former Fatah minister also gained many supporters who identify with his views and are critical of the violent attempts to silence him. Simultaneously, students in West Bank universities and youths on the social networks have adopted one of Abu Zaida’s key demands: to hold elections for the PA for the first time since 2006. The youths view this as a goal that they must promote and mobilize for. It is possible that the attempts to silence the high-ranking Fatah official will signal the beginning of an extensive democratic protest movement in the PA.