Since the start of Ramadan, attacks by militants against liquor stores and other shops deemed “morally corrupt” have increased in Baghdad, with some accusing the government of being involved. 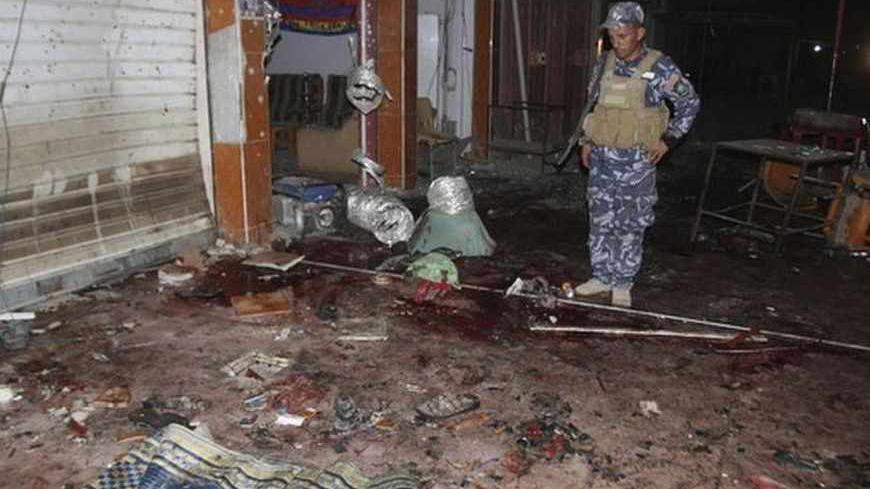 The people of Baghdad first saw religious extremism targeting their public freedoms two decades ago, when Saddam Hussein launched a campaign — in a clear alliance with religious extremists — to win legitimacy for his authoritarian rule. When the dictator fell, the stricken city tried to regain the freedoms it had been stripped of by opening cafes, bars and other recreational establishments. But soon chaos emerged, incited by armed groups who made these locations their primary targets, declaring them symbols of immorality and a Western cultural invasion.

Attempts on the part of the authorities to organize and legalize these shops did not succeed in protecting them. The Iraqi government did not provide any kind of protection for these shops in line with the law, in spite of the owners' commitment to the law and access to official licenses.

Liquor stores in Baghdad were repeatedly targeted by professional operations carried out by unidentified armed groups in broad daylight. In many attacks, all of the shops' employees were killed in a horrific manner. Sometimes, videos of the attacks were immediately posted online, accompanied by revolutionary anthems that curse and threaten those who violate Islamic law. These attacks have escalated during the holy month of Ramadan to include cafes in various parts of Baghdad, all accused of violating religion, morality and social norms.

Saad Salloum, the editor-in-chief of Masarat, a magazine focusing on Iraqi religious minorities, expressed his grave concerns to Al-Monitor regarding these operations, especially given that workers in liquor stores tend to be members of religious minorities — in particular, Christians and Yazidis. Therefore, the targeting of these stores also involves a general threat to religious minorities.

There have been accusations levelled against religious parties in Iraq — Sunnis and Shiites alike — that they support implementing Sharia law, whether explicitly or implicitly. The professional manner in which these operations are carried out confirms that those responsible possess very advanced logistical and military capabilities. They use armored SUVs and sophisticated weapons, and pass through checkpoints without being stopped, sometimes even tying up the security officers manning the checkpoints to prevent them from carrying out their duties.

Accordingly, many accuse the government of being indirectly behind these acts. To ascertain the position of the Islamic Dawa Party — led by Prime Minister Nouri al-Maliki — Al-Monitor interviewed Mustafa al-Rikabi, one of the Dawa party's intellectual leaders and a cleric who specializes in Islamic jurisprudence and Sharia. Rikabi said that the targeting of legally licensed shops is an act that violates Sharia and contradicts the concept of a civil state. He added that it is the duty of the security apparatuses and the judicial authorities to follow up on this issue seriously, and they must protect these stores and their owners.

In an interview with Al-Monitor, Sheikh Mahmoud al-Jayashi, the director of the Sadrist movement's Special Office, denied that the party was involved in any way in these attacks. He confirmed that the movement had stopped all military activity since August of 2007. Since these operations often occur in areas with an overwhelming Shiite majority, it seems very unlikely that the perpetrators are Sunni religious parties, which do not have the capability to operate in such a professional manner in Shiite areas.

Based on this information, accusations have been directed at the religious militias backed by government agencies, most notably Asaib Ahl al-Haq. This group split from the Sadrist movement and, unlike the movement itself, maintained good relations with the ruling State of Law Coalition. A source close to Maliki, speaking on condition of anonymity, told Al-Monitor that the prime minister, during a meeting with leaders of Asaib Ahl al-Haq and in response to their claims that the government was not halting practices that violated Sharia law, said that they could not do so officially, but that Asaib Ahl al-Haq could pressure these violators from time to time.

Furthermore, the government's silence and its neutral stance toward violations of the law and civil rights present a huge challenge to the State of Law Coalition and the Islamic Dawa Party, in particular. The latter still maintains its calls for implementing Sharia, which is one of its goals in the party's founding statement. This is despite the official position of the Shiite seminary in Najaf, which says that neither the government nor any other party can implement Sharia in society.