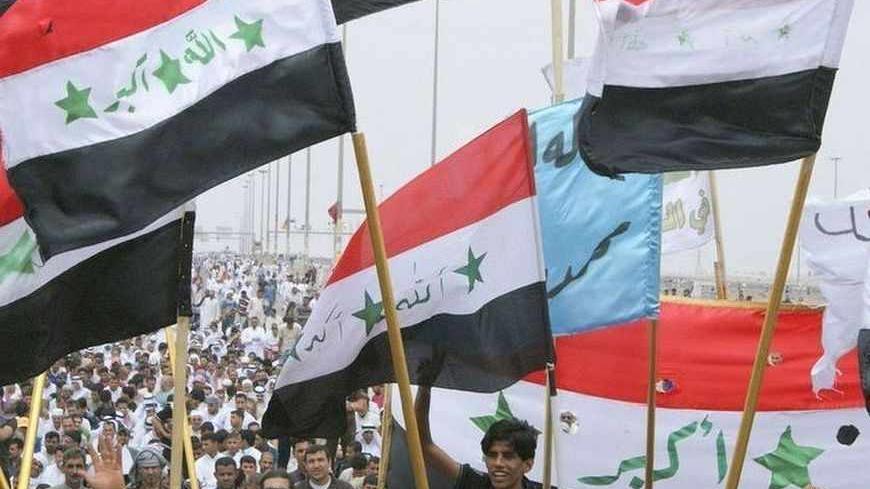 Some time has passed since elections were held in Iraq’s Anbar province on June 20, and political forces that won the elections have been unable to form a local government.

Sunni politicians in this large province located west of Baghdad — where the majority of the population opposes Prime Minister Nouri al-Maliki’s policies — said, “thus far, the small blocs that have one or two seats in the new council, which includes nearly 30 seats, have refused to join any large alliance to form a government.”

The Mutahidoun bloc, led by parliament Speaker Osama al-Nujaifi, won eight seats, whereas the Aberoun bloc, led by Qasem al-Fahdawi, a former governor who is close to the central government in Baghdad, got five seats.

The Iraqiya al-Arabiya bloc, led by Deputy Prime Minister Saleh al-Mutlaq, obtained four seats, while the Unified Iraqiya Coalition — led by former Prime Minister Ayad Allawi — and the National Coalition of Anbar each got three seats. The National Cooperation Coalition and the Popular Will Project have two seats each.

Based on these figures, the largest blocs — the Mutahidoun and Aberoun blocs — seek an alliance with the rest of the smaller blocs, to reach a majority exceeding 15 seats. This would allow them to present a candidate for the post of governor and form a local government.

Yet, an exclusive source told Al-Monitor that “additional complications occurred during the negotiations to form a government between political blocs.”

The source — who is close to the former governor and who spoke on condition of anonymity — said, “The small blocs that won two or fewer seats do not clearly know their options, in order to decide to join alliances.”

The source said that “the small blocs are torn between two options (whether to) ally with the Nujaifi-led bloc, which means supporting the Islamist project in the province, or the Aberoun forces, which for the citizens represent Maliki’s friends and allies.”

Yet, the source confirmed that the small blocs cannot unite in an alliance to form a government, although they are able to collect a majority of up to 17 seats.

The source said, “Differences prevent the small blocs from forming a large force in the province.”

Liberals in Anbar province felt that the local government was stolen from them through electoral fraud, to be controlled by Islamists.

According to this belief, of which independent candidates in the province speak, there will be a significant change in the nature of the conflict in the city, which has witnessed a tense atmosphere for nearly six months due to the protests against the government in Baghdad.

For his part, Mohammed Fathi Hantoush, the spokesman for the Aberoun bloc, said on July 15 that his bloc is more likely to form a local government in the province.

Hantoush said in a statement Al-Monitor obtained that Aberoun and its allies have a majority of 12 seats in the council, and the Mutahidoun bloc has 11 seats. This is while the other blocs that have seven seats hesitate in choosing between the two sides.

Nevertheless, Al-Monitor contacted Fahdawi, the former governor, who refused to make any comments on the news, saying that his bloc, Aberoun, got the post of governor.

Fahdawi told Al-Monitor that he “cannot provide any details. Given the complicated negotiations, anything could harm the allies in the province now.”

Sheikh Ahmed Abu Risha, a Sunni politician who opposes Maliki, told Al-Monitor, "The Mutahidoun bloc will bring a professional governor who will fulfill the citizens’ aspirations in Anbar, achieve their desires, and provide them with services.”

In contrast, the small blocs have attempted to exploit the stalled negotiations. While large blocs admit being unable to reach an agreement and present the name of a candidate for the post of governor, politicians — whose blocs won very few seats — announced that they are the ones who will present (the name of) the new governor.

A source close to a tribal leader in Anbar province said that he would present himself as candidate, although his bloc, the Popular Will Project, won only two seats.

Mudher Al-Kharbit, a tribal leader in Ramadi, leads an electoral bloc that is said to have liberal tendencies.

A source close to Kharbit told Al-Monitor that “the large blocs did not succeed in forming the local government, especially with the equal chances in the struggle to win the post of governor.”

The source continued, saying that “the bloc intends to present a candidate to sort out differences and end the political vacuum in the province.”