Exclusive: I Saw Nasrallah in Qusair

The Hezbollah secretary-general’s mysterious visit to Qusair may not have been his first. 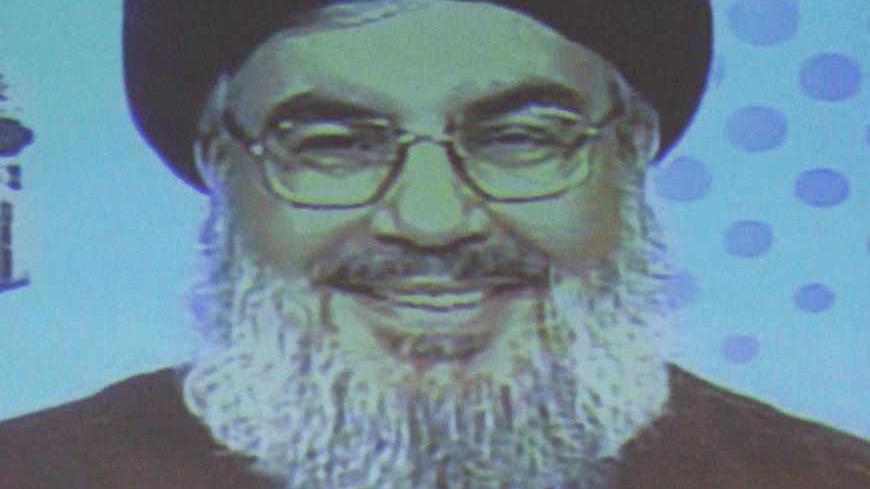 Lebanon's Hezbollah leader Sayyed Hassan Nasrallah is onscreen during a live broadcast at an event marking the 25th anniversary of the establishment of Al-Nour radio station operated by Hezbollah in Beirut, May 9, 2013. - REUTERS/Sharif Karim

Just days after the fall of Qusair in southwest Syria, the city started receiving visitors. Some were returning residents looking for what was left of their homes and properties, while others were only passersby who wanted to see what had happened to the city. There was a third category: probably Hezbollah Secretary-General Sayyed Hassan Nasrallah fits in.

It was my last day in Qusair, and the security measures taken there weren’t as restrictive as in the previous days. When I asked, the only answer I received was that every day there are new orders. “Probably the Syrian President Bashar al-Assad will pay a visit to the city, a visit similar to the one he paid to Baba Amr in Homs after the regime took control of it,” a colleague of mine suggested but never confirmed. Later, a Syrian officer told us that a high-profile Syrian official (not Assad) will arrive soon in Qusair.

After I had been a couple of hours in the city, no one had arrived. I decided to move around the city to look for returning residents for a possible interview or package. In the center of the city, I stood in the middle of the main road as a huge, black four-wheel-drive came my way.

I stared at the man sitting beside the driver: The face was familiar, but something was missing. It was clear I was face to face with Hezbollah Secretary-General Sayyed Hassan Nasrallah, without a turban, wearing a military uniform. He smiled and nodded to me, and while I was still in shock, the car was out of sight. There was no convoy, only one car, but as I said before, there were security measures taken in the city and around.

It took me some time to confirm that whom I saw was Nasrallah. When I returned to Beirut, I started my investigations to confirm it, and I did.

While investigating, I came across another piece of information: this visit wasn’t the first for Nasrallah to Qusair during this very crisis. “Sayyed Nasrallah went to Qusair a day before the start of the battle: he met the commanders, visited some injured fighters and gave a speech,” a source close to Hezbollah told me, “He spoke for around half an hour with his main commanders exchanging ideas on the battle and the expectations and how many days it’ll take them to finish it.”

As for the latest visit, the one day after the offensive, our source said that Nasrallah visited the city of Qusair and the towns around it in the country side. He added, “Sayyed Nasrallah wanted to thank the fighters personally, he met them, met the injured, and went around the area.”

I asked the source how Nasrallah is able to move from Beirut to Qusair in Syria and sometimes travel to Iran while Israel is saying that he is hiding.

“It’s a hide-and-seek game,” he replied, “Nasrallah's security apparatus is professional enough to know when to move and how. No one knows what they do and what their measure are, we only know when things are done.”

Nasrallah’s visit to Qusair shows once again that the group’s fight in Syria isn’t a matter of interests, it’s a matter of existence.

by Murielle KASPRZAK and Joseph SCHMID | AFP | May 26, 2022
END_OF_DOCUMENT_TOKEN_TO_BE_REPLACED