A report initiated by Israeli Deputy Foreign Minister Zeev Elkin explains why labeling products made in Israeli settlements may harm, first and foremost, the Palestinian economy. 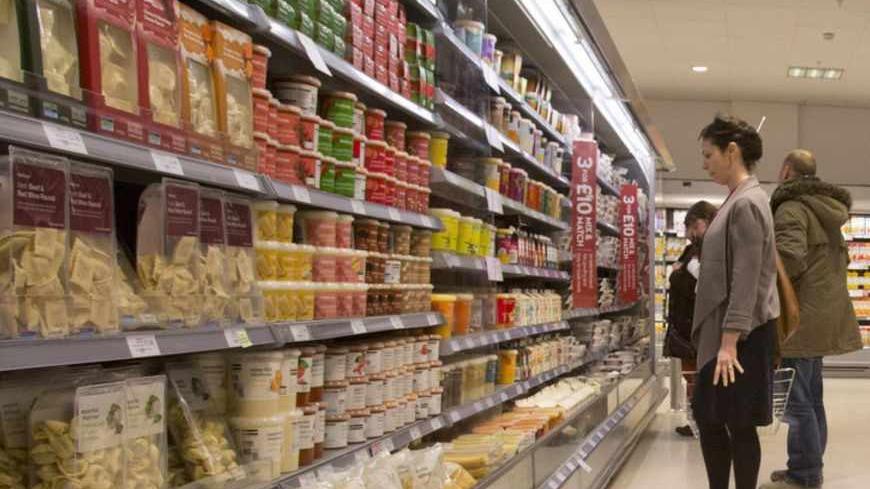 Shoppers browse the aisles in the Canary Wharf store of Waitrose in London, Jan. 23, 2013. - REUTERS/Neil Hall

Some 22,500 Palestinians are employed by Israeli settlers in plants and industrial centers in Judea and Samaria, and their combined annual income is estimated at about 1 billion shekels ($277 million).

These data are included in an internal document compiled in April by officials of Israel’s foreign ministry at the request of Deputy Foreign Minister Zeev Elkin, who is leading a campaign to stop settlement product labeling in Europe.

The document, which includes tables and figures, is intended as background material for Israeli officials in their meetings with European and American counterparts, as well as for use in speeches and conferences in Israel and abroad. It was recently distributed to all of Israel’s embassies in Europe with instructions to make extensive use of the data.

The claim that product labeling would act as a boomerang against the Palestinians is not new, but this time it is being based on an official document and backed up with all the existing data to support this argument.

The report concludes that by its very nature, Palestinian employment in the settlements has a positive effect on the population of the Palestinian Authority.

Since taking office in March, Elkin has made the fight against labeling settlement products a target of diplomatic efforts. He believes that the existing data are an effective information tool against the European Union, which, as has already been reported here, is leaning toward adopting the labeling system.

Elkin, a senior Likud party member and resident of Kfar Eldad, a settlement in the Gush Etzion area, is very familiar with the issue, being not only a settler himself but also a dominant figure in Judea and Samaria politics, who enjoys great popularity among Likud constituents in the settlements.

This past Sunday [June 2] Elkin lashed out at Germany following its reported decision to label products made in Israeli settlements and sold in the country’s retail chains. Elkin said that Israel had found out about it through a question raised in the German parliament. “Germany is leading a strong anti-settlement policy, but like other European states, it does not want to lead an independent move of labeling products from the settlements, preferring that the European Union lead the move,” he explained.

In closed-door meetings, Elkin says that the foreign ministry is working to stop the move and ministry representatives make it a point to raise the product labeling issue in every conversation with a European foreign minister. According to Elkin, the Europeans are not aware of the fact that such a step would be first and foremost damaging to the Palestinian economy.

The foreign ministry is not the only one touting this argument. The heads of the Judea and Samaria Settlement Council, who are in close touch with Elkin, are also making use of this rhetoric. For example, Gershon Mesika, chairman of the Samaria Regional Council, said in a recent interview that he and his people are actively involved in explaining to European Union representatives and to the US Embassy in Israel how the labeling would be mostly detrimental to the Palestinians.