The Fight Over Israel's Natural Gas

Despite what tycoons and the government might want, Israelis seek a just division of future revenues from natural gas reserves. 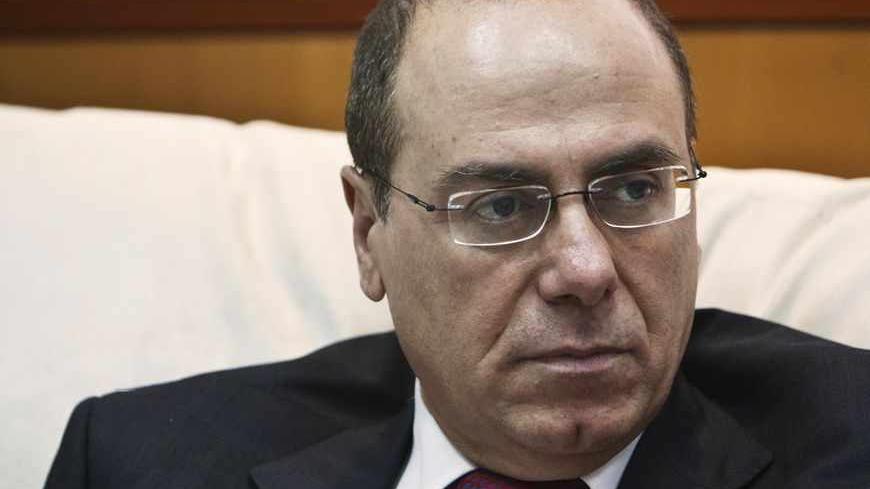 Israel's Energy Minister Silvan Shalom listens during an interview at his office in Tel Aviv, May 21, 2013. Israel's newfound natural gas reserves will boost its regional clout and could help it improve ties with neighboring states in need of new energy sources, Shalom told Reuters. - REUTERS/Nir Elias

Among the many social protests that have taken place in Israel since the “cottage cheese protest” of June 2011, the struggle over limiting the export of natural gas from Israel has all the elements needed to bring people out into the streets. It epitomizes the desire for social justice, which the Israeli public started demanding in the protest of summer 2011.

This is a struggle whose success or failure will directly affect us and future generations. If it succeeds, we will pay a lot less for electricity and achieve a victory in terms of a fair distribution of Israel’s natural resources. This struggle is exactly what we dreamed of when we asked for social justice — that decision makers prefer the public good over the interests of tycoons and other stakeholders.

Next week [mid-June] the government is expected to decide on the extent of natural gas exports, and all eyes are directed toward the Leviathan gas reserve – the biggest gas field found in the waters of the Mediterranean, worth many billions of shekels. According to the Tzemach Committee, which two years ago was tasked with recommending export policy following the discovery of the large gas reserves, 53% can be exported.

Had we not undergone a social awakening, the Tzemach Committee’s recommendations would certainly have easily been approved by the government, without the public being any wiser about who stands to win and who stands to lose, and above all how much it will lose as a result of this arrangement.

Thanks to the social protest, the Israeli public has become much more aware of who sticks their hands into their pockets and to the distortions in the system which have for years hurt the public and benefited the tycoons. Now we are ripe for a more mature protest.

In other words, the era of "cottage cheese protests" and of vague, general slogans demanding an improved quality of life (“the people demand social justice”) — is over. A new era of focused, strategic struggles has begun. Far be it from us to belittle the value of the previous struggles — they were essential in paving the way for the current one. The natural gas protest is exactly the struggle required by a society wishing to heal itself.

On the face of it, the public appears uninterested in the issue of natural gas exports. It’s a complex issue: When the price of cottage cheese went up, most of the public immediately understood the issue involved and complied with a consumer boycott. On the other hand, the natural gas issue sounds like a negligible environmental struggle. But it is not.

A real battle is being waged on the social networks. Demonstrations over gas exports have been held outside the homes of Energy Minister Silvan Shalom and businessman Yitzhak Tshuva, the big winner of the gas discovery. They have occasionally deteriorated into violence, confrontations with police and arrests.

Both Tshuva and the relevant government ministers understand full well the potential of this struggle. It’s best illustrated in the reported intention of Shalom to recommend that the government lower the export ceiling to 40% instead of the recommended 53%. Tshuva and the other gas barons are on the defensive. Among other things, they are investing a lot of money in funding lobbyists who operate in the Knesset and in government, and in running a counter-campaign on social networks. They are waging a holding action. They understand that things are changing; they want to make sure that under the new guidelines, too, they will be able to preserve as big a chunk of the profits as possible.

This struggle does not require bringing people out into the streets, and that’s its beauty. Its best lobbyists are the dozens of Knesset members who are pushing for the decision about Israel’s gas economy to be made by the Knesset in full transparency, with an orderly public debate about social, environmental and employment implications, rather than in stealth by the government.

Success in moving the battleground to the Knesset will be a tremendous victory for the social protest. But even now, through their activity, members of Knesset are translating the public command of “social justice” into real action: the natural gas belongs to us all and it is therefore fitting that we know what considerations affect any decision that is made. Today’s Knesset members realize that in the post-social protest era, each of them is required to represent the protest in the Knesset. That’s why the 19th Knesset is considered very socially oriented.

The influence of the protest is evident in government, as well, not only in the Knesset. Its clearest expression is the abundance of proposed reforms: in the national power company, in the seaports, the “open skies” aviation reform and a reform of the public broadcasting system. Everybody wants to be former Communication Minister Moshe Kachlon (who revolutionized the price of mobile phone service in Israel) or Finance Minister Yair Lapid. Every morning they announce to the public on their Facebook pages what they intend to do for the sake of “social justice.” For example, on Jan. 14 [eight days before the elections that brought him into government], Lapid wrote on his page: “The recommendations of the Tzemach Committee regarding gas exports are mistaken. The gas reserves should be directed for the benefit of Israel’s citizens, not for gas exports which serve a few tycoons.”

Lapid, as has been written here previously, has already broken various promises and gone back on several pronouncements which he spread around on the eve of the elections. Doing so once again will be once too many for him.