Mertez leader Zahava Gal-On talks about the scandal of Emmanuel Rosen, prominent newsman suspected of sexual harassment, and the struggle to bring such cases to justice. 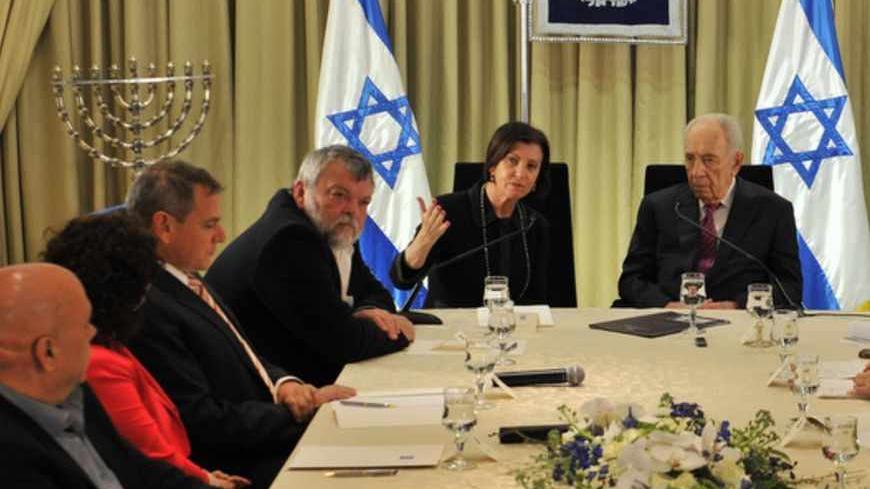 As a Knesset freshman 13 years ago, Meretz Party leader Zahava Gal-On helped expose a case of "indecent acts" by former transportation minister Yitzhak Mordechai, of which he was consequently convicted.

At that time, before the age of social media, journalists would not report suspicions of sexual harassment by public figures unless an official police complaint was filed. Until then, senior military officers and prominent politicians took the liberty of harassing without disturbance. This was especially true when it came to someone with an impressive military career like Mordechai, nicknamed the "general of three fronts,” who had won several awards for his military service.

Gal-On refused to be intimidated and decided to confront him and to help one of the women he harassed, a political activist, file a police report, bursting the Mordechai affair into the open. He was subsequently found guilty of sexual harassment, a conviction which disrupted his political career and led to his divorce.

Since that achievement, Gal-On has been at the forefront of  parliamentary efforts to combat sexual harassment. Women turn to her when they’re targeted, but she’s also become the butt of criticism, mostly by men who claim that her feminist activism stems from a “rabid hatred of men” and a desire for fame. She was also prominent in the public campaign against former president Moshe Katsav, which led to his conviction of rape and sexual assault and being thrown in jail.

She has a lot to say about the latest sexual-harassment scandal that erupted earlier this month when suspicions arose against Emmanuel Rosen, a prominent television news personality. This time, Gal-On was not involved in exposing the affair, but in an interview with Al-Monitor, she provides insights and proposes a course of action that includes changes in the law against sexual harassment adopted 15 years ago.

Gal-On thinks the Rosen affair has created a much stronger public impact than the cases of Mordechai and Katsav, and raised the debate over sexual harassment to new levels, all thanks to social-media networks. She is pleased.

Stories about Rosen have been circulating in the public and in the media for the past two weeks and yet, to date, there has not been one single complaint filed with the police against him. Al-Monitor asked Gal-On:

Are your comfortable with this?

“Yes, because you can’t go wrong here. We’re talking about the testimonies of more than 40 women accumulated by the association of women journalists. This can’t all be a coincidence. It’s not possible that all 40 coordinated their stories. There’s no conspiracy. Given my vast experience in this field, it’s clear to me that the Rosen affair has raised public awareness of the issue more than any previous affair.”

What actually happened here? Sexual harassment by a famous person in a position of power was revealed on Facebook. It could not have happened without the social-media networks. The importance of this exposure is immense, a significant boost to the fight against sexual harassment.

“In this case, I don’t have a problem with the exposure on Facebook. We’re talking about a journalist who is no different than other public figures. He is what we call a celebrity, a famous person against whom serious allegations have been mounting. In the past, there wasn’t much one could do about it because women refused to complain. In this case, new media was used to blow the affair wide open. And that’s the social networks’ contribution to the prevention of sexual harassment. They create deterrents and enable the exposure of those who violate the law. The ability to publish without waiting for journalists is a privilege of our times. On the other hand, one must be careful not to deliver judgment. But this is not the case here. Forty women don’t invent a story. It doesn’t work that way.”

When the law against sexual harassment was adopted 15 years ago, and included verbal remarks, it was considered revolutionary. Since then, there has not been a considerable decline in the extent of harassment, and it’s not certain that it provides deterrence. Look at the cases of Mordechai, Katsav, [former Minister] Haim Ramon and Rosen — they all acted also in the period after the law was passed.

“There’s no doubt that since the passage of the law, a very significant change has occurred in the level of public awareness and the attitude of the courts. Behavior once considered legitimate has been outlawed, and the law has set clear rules of play and sent a sharp and important message to the effect that women cannot be treated as sex objects. But the law in itself is not enough. It cannot substitute for education and employer responsibility — and that, I think, is a weakness. Because when you are not required to expose the identity of the harasser, there’s no deterrent. That same criminal can continue to operate elsewhere. Rosen was fired from Channel 2 but went on to work at Channel 10 — thereby exposing his subsequent victims to danger.”

What is the problem with the law?

“According to the existing law, a woman who was harassed at work can complain at her workplace, go the police or file a civil suit. The problem is that not all women have the courage to turn to the police. In addition, they are exposed to the danger of losing their job, and to pressure and smear campaigns at work. Therefore, the conclusion is that although the law was a groundbreaker at the time, it must be revised.”

What revisions would you make?

“For one thing, I think examination of harassment complaints at the workplace should be handled by an outside agency — perhaps even a government entity should be established for such cases. We’re looking at ways to change the law and I believe it will be amended by the current Knesset in light of the experience that has been gained. One of the biggest problems in cases where women complain is that they are immediately subject to smears and tales about their alleged promiscuity. Even now, with the Rosen affair, the women journalists who exposed the affair are being maligned.”

Or sometimes people say, "That man is sick."

“That really makes me angry, because it attempts to absolve him of criminal responsibility. That’s actually saying that he’s not responsible for his actions. It’s a dangerous point.”

The struggle against sexual harassment remains gender-driven and that’s one of its weak points. In the Rosen affair, too, women are at the front and virtually no men have joined their ranks. The same goes for the Knesset. At a debate on the Rosen affair held by the Committee to Advance Women, only one man was prominently present, Knesset member David Tzur, formerly a senior police officer.

Does it not represent a failing of the Knesset?

“Obviously, this whole struggle should not be gender-related,” she answers at once. “The law refers to harassment of both sexes and does not differentiate between men and women. But I agree with you that the Rosen affair has become a type of gender-driven struggle. Look what happened on Channel 2. A bunch of male journalists were quick to come to Rosen’s defense when his name came up.”

Nonetheless, where are the members of Knesset? Where are the government ministers? Where’s the prime minister? Why haven’t we heard from them?

"Our job is to convey a message and enlist men to this struggle, because it’s not a battle ground between the sexes. I would certainly expect not only women members of Knesset to act on this matter, but that we would hear from the men, as well. When people take a stand against sexual harassment, they’re expressing a moral principle. It’s not a question of gender.”