The Law to Prevent Sexual Harassment adopted by the Knesset 20 years ago represented a real breakthrough in changing social norms and priorities overnight. 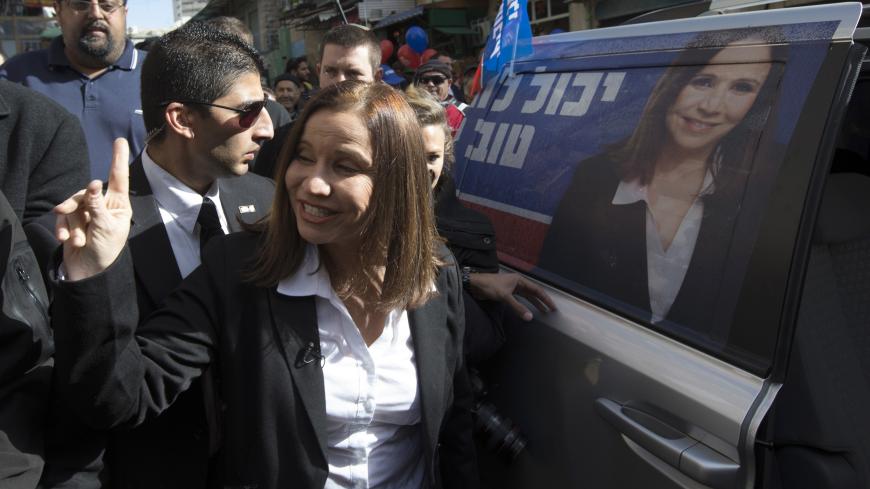 One night in July 1997, the Knesset made history by passing the first reading of the Law to Prevent Sexual Harassment. It was met by all sorts of catcalls and sexist remarks by many of the legislature’s male members. Knesset member Yael Dayan had presented the innovative law in her capacity as chair of the Committee to Advance the Status of Women. At the time, she had to push back against warnings from Knesset members who argued that the legislation would prevent men and women from talking with each other. Rehavam Ze’evi, a major general in the reserves, seriously argued that women actually like to turn men down just to keep them trying.

It is safe to assume that the men sitting in the Knesset at the time did not understand why the law was of significance. As far as they were concerned, it was a feminist whim that posed a threat to the familiar, old existing order. Dayan, representing the Labor Party, and various other female Knesset members, including Likud's Limor Livnat, were fully aware that it was a historic breakthrough on an international scale.

Half a year later, on March 19, 1998, during the first Netanyahu government, the proposed law passed its second and third readings and entered the Israeli law books. At that moment, the attitude toward sexual harassment in Israel made a 180 degree turn. In many ways, the law was ahead of its time internationally as well. Israel had been a country dominated by men in both politics and the military, so the passing of the law was an enormous social achievement. Its passage can be credited to the women in the Knesset, who joined forces despite party differences and won the support of many of their male counterparts. Very few laws can be called a real “breakthrough” for the way they change priorities and social norms overnight. The Law to Prevent Sexual Harassment, which marked its 20th anniversary Feb. 27, is one of them.

The law was considered revolutionary because until then, the issue of sexual harassment was an open one, without established boundaries or definitions. The problem was typical of the ingrained culture in the workplace, particularly in official environments such as the Israel Defense Forces (IDF) and the Israel Police, where women were exposed to sexual harassment, humiliation and objectification starting at a very young age. They were not always able to grasp the intensity of the harm done to their dignity, bodies or rights, and they had nowhere to turn for support or defense. It was only days ago that former Police Commissioner Assaf Hefetz admitted that while serving as the country’s highest-ranking police officer, he had had relationships with women who were his subordinates, before such relationships were criminalized. Hefetz was no exception either. In fact, he was the norm.

What makes Israel's sexual harassment law unusual is, first and foremost, the idea that Israeli legislators drafted a dedicated law for combating the sexual harassment phenomenon. Second, the law defined what constitutes sexual harassment, codifying a precise and detailed description of it for the first time. It also made verbal harassment a crime, along with any sexual relationship between a man and a woman when one of them is subordinate to the other.

Shelly Yachimovich, chair of the State Comptroller Committee, on Feb. 27 initiated the special discussion in the Knesset marking 20 years since the law’s passing. She rightfully made the point that the founding mothers who got the law passed “had been wandering in the desert, at a time of zero awareness of the problem of sexual harassment. … They lay down on the fence, quite literally, on behalf of the next generation.”

In the years immediately following the law’s passage, most people remained unaware of it. The turning point came in 2000, when a secretary in the office of former IDF deputy chief of staff Yitzhak Mordechai filed a complaint against him, alleging that he had harassed her sexually and committed indecent acts. As a result of this, two other women filed complaints against him. The Mordechai scandal put the law on the public's agenda, leading women to realize how they could actually use it. Mordechai’s conviction for sex crimes (which eventually led to a civil lawsuit as well) is considered to be a watershed moment, dividing the old world from the new. Men at that point began to realize that actions they once considered acceptable had become crimes.

Also as a result of the law, workplaces began designating people to handle harassment complaints, while the IDF and the police began combating the phenomenon in an organized manner. It was a world without social networks and powerful and empowering campaigns such as #MeToo. As such, it is quite remarkable that people were able to spread awareness that even verbal harassment was a crime, despite the many obstacles along the way.

The 20th anniversary of the sexual harassment law is a good time to examine how much it reduced the phenomenon, what its limitations are and to what degree it is being enforced. It was surprising to discover that none of these issues has been investigated in an organized manner until now. This became apparent when State Comptroller Joseph Shapira, who attended the commemorative event, announced that he would comply with Yachimovich’s request to compile a special report on the implementation of sexual harassment legislation. Such a report is important because it will allow for a data-based assessment of the issue over time.

During the Knesset discussion, problems with the law’s implementation were pointed out, giving the state comptroller a number of issues that he will need to address in his report. These problems include differences between the language of the law and its practical implementation in the workplace and the seven-year statute of limitations. The repeal of the latter could make a significant contribution to the fight against sexual harassment.

Nevertheless, the bottom line is that Israel can take pride in knowing that its lawbook contains the Law to Prevent Sexual Harassment. Yes, the phenomenon still exists 20 years after the law was passed. Even now, women are still forced to contend with sexual harassment, but today they live in a very different place and have grounds to take action against anyone who harasses them. This is especially true of the new generation of women, who are not afraid to go public, file a complaint and join the revolution that is underway as if this were the most natural thing in the world.

Yachimovich was right to refer not only to the “generation of foremothers,” headed by Dayan, but also to the young women who are now at the forefront of the battle to press ahead with change. “We also owe a huge debt of gratitude to the generation of young women, which is not ready to make do with little, and which is not willing to accept any harassment or any derogatory comment, no matter how minor,” Yachimovich said. “Theirs is a vital and good kind of extremism, which pulls us forward and creates a revolution.”