Israeli society is undergoing a transformation as women talk about sexual harassment on social media, which is becoming the public arena for exposing misconduct instead of filing a complaint with the police. 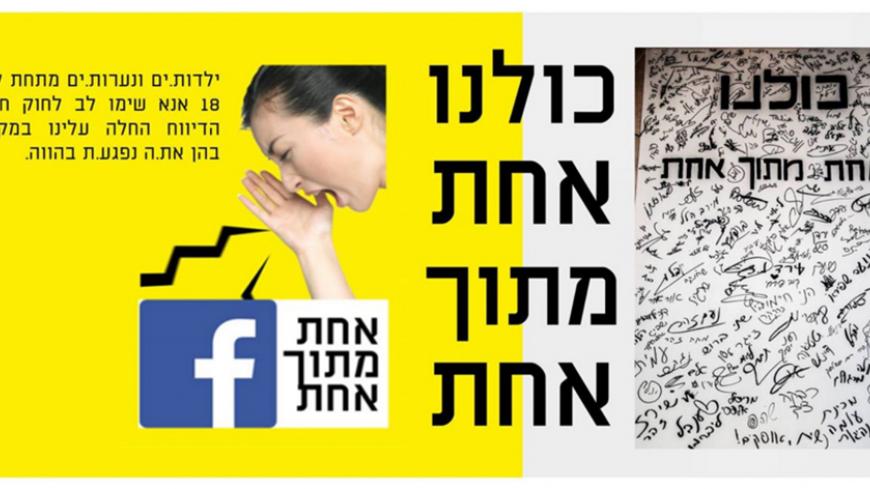 The One of One group provides a place for women to share their testimonies of sexual harassment on the group's Facebook page, Nov. 26, 2015. - FACEBOOK/One of One

The miserable attempt by veteran Israeli actor Arye Moskuna to defend his friend, actor and director Moshe Ivgy, against suspicions of sexual harassment of women was shot down within minutes on social media, forcing him to apologize. Moskuna, who was interviewed on Israel Army Radio on Feb. 3, said in Ivgy’s defense, “I see him hugging actresses, but I never heard a complaint … We are together in the show … and there’s a very young actress there worthy of sexual harassment, believe me.”

What was unbelievable was Moskuna’s comment, totally lacking in awareness, proving that he has yet to understand and internalize that the rules of the game regarding sexual harassment were changing as he spoke. As expected, his remark generated a storm on social networks and he was quick to apologize. It all happened within less than an hour.

Moskuna is a mere footnote in the unfolding scandal surrounding Ivgy, one of Israel’s greatest movie, television and stage actors, who in recent days has been the subject of claims by a growing number of women who allege that he sexually harassed them, physically and verbally. An interesting aspect of the case is that none of the women have filed a complaint with the police, and they are highly unlikely to do so. Nonetheless, Ivgy has already retained the services of one of Israel’s leading criminal attorneys, Zion Amir, and his prodigious career appears headed for a downward turn.

The Ivgy case is reminiscent of the way two similar affairs were covered prominently by Israeli media in recent months: that of former Knesset member Yinon Magal (HaBayit HaYehudi) in November 2015, and of former Cabinet minister and Knesset member Silvan Shalom the following month. The two influential politicians resigned from the Knesset (Shalom also resigned from the government) within days of claims by women alleging they were harassed by them. In both cases, not a single complaint was filed with the police, but they nonetheless quit of their own accord although they could have ostensibly stayed in office.

The Magal affair started out with one Facebook post written on Nov. 24 by a young journalist named Raheli Rotner who had worked under Magal when he was chief editor of the Walla website. From the start, Rotner made it clear that she was not going to the police and would be satisfied with Magal’s retirement from political life. Her post was followed by those of other women who also claimed Magal had harassed them.

The Shalom affair started out with testimony published in the daily Haaretz, which was immediately backed up on social networks and the Facebook pages of women determined to combat the scourge of sexual harassment (such as the One of One group) and by the women journalists' group. It is safe to assume that if these affairs had been exposed before the era of social networks, Magal and Shalom would have pursued their political careers, at least as long as no complaint against them was filed with the police.

The back-to-back Magal-Shalom-Ivgy scandals, occurring as they did over such a short time — the past three months — reflect a sea change sweeping across Israeli society in its attitude toward sexual harassment. The tremendous power of social networks creates a hugely effective pressure group without the need for any form of legal process.

Magal and Shalom opted out because they surmised that they would not be able to go on with their jobs under the cloud of women’s complaints. Their lawyers certainly recommended that they quit of their own volition rather than risk a police complaint by one of the women.

Ivgy, however, is not a politician, but a respected and award-winning actor. Although he is a member of the Israeli Council of Culture and Arts, at this point there is no pressure on him to resign. Nonetheless, this is certainly a damaging blow to his image. And, as previously mentioned, this is happening without a single police complaint.

The watershed in the fight against sexual harassment in Israel occurred in 1998, with passage of the law banning sexual harassment. The legislation, initiated by women, was considered at the time one of the most progressive in the world because of the precedent it set, recognizing the phenomenon of sexual harassment in the workplace and seeking to address it through the criminal code. The strength of the bill was in its definition of sexual harassment as a criminal act, but this was also its inherent weakness. Women were naturally and understandably reluctant to pay the price entailed in filing a police complaint and facing cross-examination on the witness stand in court. Absent a police complaint, the serial harassers, such as men in positions of power, could continue to operate uninterruptedly in the workplace.

Not just the harassers themselves, but also the judges conducted themselves according to male-dominated and sexist norms — further deterring women from coming before them. Suffice it to recall the notorious comment made in 2003 by Tel Aviv District Court Judge Zion Kapah, who said a 9-year-old victim of a sexual offender “displayed a promiscuous character,” had initiated some of the encounters and enjoyed part of them.

Then came the social media revolution, changing the rules, defining new norms of behavior. That is exactly what we see happening now: Women are able to take action in the public sphere without having to go through the legal system. In fact, the social networks are game changers in the fight against sexual harassment, and the new rules of the game are far more effective than the criminal code. 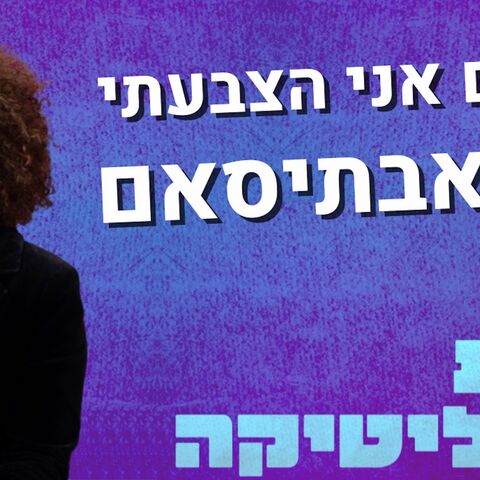