Minister of the Interior Silvan Shalom believes that without any official complaint to the police, accusations of sexual harassment will just fade away, even in the era of social media backing the harassed women. 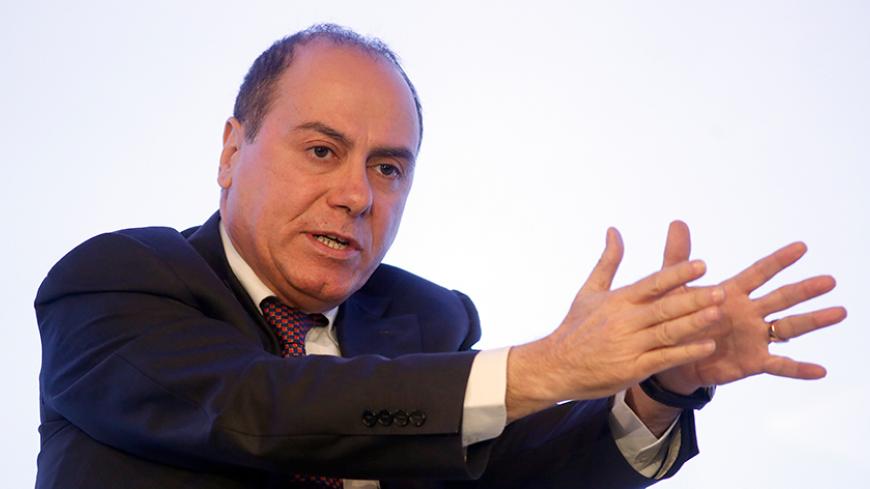 Interior Minister Silvan Shalom is the quintessential product of old-fashioned, male-dominated politics, codes of conduct and power centers. That is why he did not quit politics 18 months ago, in March of 2014, when it was first reported that attorney general Yehuda Weinstein was investigating a complaint by a former office worker who claimed that Shalom had sexually harassed her 15 years ago. Shalom categorically denied the accusations at the time, claiming they were an attempt to scuttle his run for the presidency of the state.

Shalom did bow out of the race for the presidency two months later, but continued to serve in government and in the Knesset. At the time, Shalom argued that the fact that the attorney general had decided not to pursue the case against him meant that his name had been cleared. But, in fact, the case was closed because another woman who had worked with him, and whom he had also allegedly harassed sexually, refused to file a complaint.

Shalom stayed on in politics and after the last elections, in March 2015, was appointed minister of the interior and a member of the foreign affairs and defense restricted ministerial Cabinet. But he failed to understand that he was still in danger, that a cloud was still hanging over his head and doubts about him remained. And just like a loaded gun placed on the table in the first act, it was clearly going to fire later on and twist the plot.

That is exactly what happened on Dec. 16, when Haaretz published details of testimony provided to the police by the employee who had refused at the time to file a complaint against Shalom. In the less than two days since then, testimonies have popped up of other women who claim to have been in Shalom’s presence in recent years and fallen prey to harassment. Detailed descriptions of his alleged escapades are now everywhere, so that even if no one files a police complaint against Shalom — they cannot be allowed to simply vanish into public thin air.

And, in fact, on Dec. 18 it was reported that the attorney general would order a probe into the claims against Shalom (he would do well to also look into newly disclosed allegations that former police commissioner Yohanan Danino was intimately involved with a police officer who complained that the commander of the police’s anti-fraud unit had sexually harassed her).

Shalom, for his part, maintains that the claims against him are recycled and baseless, in other words that the women are lying, as though he has still not realized that “the bastards changed the rules.” He is now a dead man walking in politics and public life, as long as there’s no proof that all these women set out to falsely accuse him. Had Shalom understood the spirit of the new Israeli politics and the power of the social networks, he would have announced that he was taking time out until his name is cleared.

Shalom is mistaken in drawing strength from his friends in the Likud Party who are standing by him. Party activists who have called him up to offer words of encouragement say that he sounds sure of himself and even somewhat cocky. Shalom is still guided by the old-fashioned codes, according to which taking time out or blinking in any way is tantamount to admitting guilt. In the new public arena, conduct does not have to be criminal to be considered unacceptable.

For now, Shalom is enjoying a period of grace as long as none of the mentioned women have officially complained to police. This makes it harder to launch an official criminal investigation and to obtain solid proof for an indictment — if it turns out the accusations are well founded.

But the detailed complaints of those he allegedly harassed, some in testimony provided to police, are dynamite. Certainly for his future political career. His claim that the women are lying could even make things worse for him. These women, with the backing of courageous Knesset members such as Meretz Party leader Zehava Gal-On and Zionist Camp Knesset member Shelly Yachimovich, might just feel the need to vindicate themselves and prove they are telling the truth — and then a police complaint is just a matter of time.

The thunderous silence of the female Knesset members and government ministers of the Likud, still operating according to the same male-dominated codes of old-fashioned politics, is regrettable. It could still come back to haunt them.

There’s good reason these days to mention former Knesset member Yinon Magal of HaBayit HaYehudi party, it took him less than a week to understand that the best thing he could do is to quit the Knesset immediately. In his case as well, none of the women filed police complaints, either, and the sexual harassment of which they accused him was less severe than the accusation being leveled now at Shalom. Nonetheless Magal, unlike Shalom, understood at once that under the new rules of the game, he was done in public life. Not only that, he had admitted on his Facebook page on Nov. 24 to inappropriate behavior. There were those who argued that by tying himself to these deeds, he hastened his downfall. They were wrong. His downfall was just a matter of time.

As expected, two weeks after resigning from the Knesset, the Magal affair is no longer news, he is now free to try and patch things up with his wife, and has probably dodged a police complaint.

The women who instigated the Magal affair are of a new generation. These are young women in their 20s, who understand the effectiveness of the web and of the law against sexual harassment. True, they were subjected to a campaign of delegitimization and slander, but they managed to rise above it. They understand that they don’t have to expose themselves to the agonies of filing a police complaint and undergoing cross examination in court.

In the not so distant past, men in positions of power were free to sexually harass and attack undeterred, until the affair of retired general and former Knesset member and Minister Yitzhak Mordechai in 2000 and that of former President Moshe Katzav in 2006, both of which resulted in criminal prosecution.

Magal handled himself in accordance with the new standards. He resigned without a police probe, a legal saga and an indictment, although an investigation might have concluded that he was not guilty of criminal wrongdoing.

Shalom must now decide whether he wants to follow in Magal’s footsteps, or in those of Mordechai and Katzav, who to this day maintain their innocence, even after the courts ruled otherwise.

What is certain is that the Shalom affair is not about to go away. The public will not leave him alone until things are cleared up, even if the attorney general decides, surprisingly, not to pursue a probe.