Five Reasons the US Should Stay Out Of Syria

The first order of business should be a negotiated cease-fire and a transition in Syria that recognizes the role of Iran and other regional parties, not arming the rebels or launching military attacks, writes Seyed Hossein Mousavian. 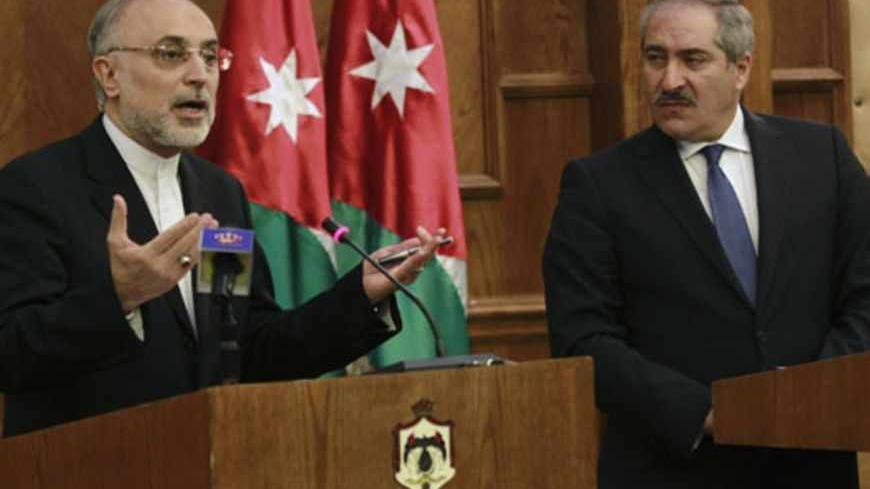 The Syria war and the Iranian nuclear standoff dominate the international agenda, with an urgent need to find a viable solution.

The visit by Iranian Foreign Minister Ali Akbar Salehi to Damascus and Amman last week revealed that Iran too is giving Syria priority.

Salehi met with King Abdullah II of Jordan on May 7 en route to Damascus for meetings with officials there, including President Bashar al-Assad, emphasizing the need for national "Syrian-Syrian" talks to bring an end to the civil war ravaging the Muslim country.

Simultaneously, the US Secretary of State John Kerry, looking to put an end to Russian support for Assad in Syria, was met with a cool reception in Moscow. Russian President Vladimir Putin kept Kerry waiting three hours before their meeting at the Kremlin and continuously fiddled with his pen as the top US diplomat spoke about the ongoing crisis in Syria.

The Syrian crisis has been shaped by five major developments, which dramatically reduce the chance of reaching an amicable solution and have instead accelerated toward a regional war in the Middle East, with huge implications for regional countries, the United States and Israel.

The first is about the use of chemical weapons in Syria. In August 2012, US President Barack Obama warned the Syrian president that the use of chemical agents is a "red line" for US involvement in the conflict and later reiterated that it would be a "game changer." A leading member of a United Nations investigatory commission confirmed that the Syrian rebels have used the nerve agent sarin. Carla del Ponte, a former prosecutor for UN tribunals investigating war crimes in the former Yugoslavia and Rwanda, said the evidence emerged from interviews conducted by investigators with victims, physicians and others in neighboring countries. White House spokesman Jay Carney confirmed that chemical weapons have been used, but countering the UN report, Carney said the United States is highly skeptical of claims that rebels put them in play.

The second is about the deep linkage between Syrian rebels and al-Qaeda. The Syrian rebel groups have established powerful alliances with al-Qaeda since the beginning of the turmoil. "They [al-Qaeda] provided them [Syrian opposition] early on with technical, military and financial support, especially when it came to setting up networks of foreign jihadists who were brought into Syria. … There will certainly be greater coordination between the two groups," a Salafist leader revealed.

The third is about the US strategy to support Syrian extremists and rebels. US Secretary of Defense Chuck Hagel recently acknowledged Washington does not rule out arming Syrian rebels. Obama also has directed his national security team to identify ways to significantly ramp up US support for the opposition forces battling Assad. The US National Security Council spokeswoman Caitlin Hayden said that “additional communications equipment, armor, night vision goggles and vehicles are among the items being discussed.” Moreover, senior administration sources revealed that the White House is actively considering supplying the rebels with arms.

The current policy trajectory in Washington and Tel Aviv is a grave mistake and shortsighted as it practically strengthens the extremist Islamists who are much more hostile to the United States and Israel than the secular government of Assad. The extremists are also in the same camp as those who perpetrated the 9/11 terrorist attacks in New York, London and Madrid, and currently orchestrate sectarian war throughout the Middle East and beyond. The radical Salafist-jihadist groups will hurt the United States, Turkey, Israel and the Arab states more than Iran. No doubt Tehran will lose influence in the region but will remain secure on the home front.

The forth is the Israeli military strike on Syria using a new type of weapon with depleted uranium shells. Tel Aviv had two major aims with the strike. First, to tilt the balance of power in favor of the rebels, considering they were losing ground to Assad forces in recent months. Second, to prolong the civil war in Syria and ensure the country is weakened for years to come. Syria's Foreign Ministry has sent letters to the United Nations and the UN Security Council stating that Israel’s aggression shows the link between Tel Aviv and terrorist groups operating in Syria including the al-Qaeda linked Jabhat al-Nusra. Over 120 countries members of the Non-Aligned Movement requested the UN Security Council to condemn Israeli aggression and take "necessary measures to prevent its recurrence, holding Israel accountable for this act of aggression and its consequences in order to avoid the deterioration of the situation in the region, which might lead to a large scale regional war that would threaten regional and international peace and security.”

Obama supported the Israeli incursion in Syria. “The Israeli regime has the right to launch airstrikes on Syria,” said the US president. Putin warned Israeli Prime Minister Benjamin Netanyahu and Obama that Russia would not tolerate further Israeli attacks on Damascus and would accelerate the supply of highly advanced Russian weapons to Syria.

The Israeli transgression against Syrian sovereignty, supported by the United States is a serious violation of international law. The norms and principles enshrined in the United Nations Charter including its Article 2, clause 4 prohibit “the threat or use of force against the territorial integrity or political independence of any state.”

The fifth is about “the war of holy tombs.” Recently, Sunni sectarianists, terrorists and rebels in Syria desecrated the grave of Hujr Ibn Adi (RA), by destroying it and exhuming his remains. Hujr was a close companion of the Prophet Muhammad (PBUH) and a staunch supporter of the first Shiite Imam Ali ibn Abi Talib (PBUH), who led the army of Muslims to victory in several crucial battles. For their loyalty toward Imam Ali (PBUH), Hujr and his sons ultimately were murdered on the orders of the Umayyad Caliph Muawiyah, a "companion" loved by Salafist Sunnis and hated by Shiites, in the year 660 CE. In March 2013, foreign-backed militants blew up the tomb of Ammar ibn Yasir, who was one of the companions of the Prophet Muhammad (PBUH). The rebels have attacked and destroyed several holy sites, including Shiite mosques, since the beginning of unrest in Syria.

Most likely, the extreme Salafists would expand “the war of holy tombs,” destroying holy Shiite shrines in the region, specifically in Iraq and Syria, spilling over the sectarian and civil war beyond Syria. The Muslim public opinion which distastes the “war of holy tombs,” would consider the recent US-Israeli policies as a clear evidence of taking sides in Syria's sectarian and civil war. The Israeli strike will definitely weaken the position of Turkey, Saudi Arabia and other Muslim rulers supporting the Syrian rebels. Furthermore, it enables Assad, Russia and Iran to shape regional perceptions — namely that Israel and the United States, and the terrorists are fighting together.

The Syrian crisis can be resolved through the pursuit of aggressive diplomacy where all parties agree to power sharing through a free election supervised by the United Nations.

Decades of US support for corrupted Arab dictators in the Middle East — such as Hosni Mubarak of Egypt and Zine El Abidine Ben Ali of Tunisia — has been the root of the current anti-Americanism in the Muslim world and specifically in the Arab streets.

The United States has a history of wrong foreign policy on Iran: the 1953 CIA-backed coup that removed the democratically elected Prime Minister Mossadeq and installed the brutal Shah for 25 years, support for Saddam Hussein’s invasion of Iran between 1980 and 1988 and providing chemical weapons material and technology for use against Iranians and Iraqi Kurds.

The recent developments in Syria and the region present a clear example of whether the United States has altered its ineffective policies in the region.

Regrettably, by siding with extremists in Syria, supporting the invasion of another Islamic country by Israel, keeping silent on the use of chemical weapons by terrorists in Syria and more broadly turning a blind eye to the legitimate demands of the overwhelming majority of Bahrain’s population struggling for democracy, the United States proves that it is maintaining its traditional policies in the Middle East.

The trillions of dollars spent on the US wars in Iraq and Afghanistan with their agonizing death and destruction that drove the United States to economic crisis should be enough lessons for Washington to change its trajectory in the Middle East.

That lesson is that the Syria war will not be solved through yet another US military adventure, especially one that may empower the United States’ worst enemies.

The answer instead lies in a political solution which recognizes the legitimate interests of Iran and all regional parties in the first order of business, which is a cease-fire. The answer is in less killing, not more.

Ambassador Seyed Hossein Mousavian is a research scholar at Princeton’s Woodrow Wilson School and a former Head of Foreign Relation Committee of Iran’s National Security Council. His latest book is The Iranian Nuclear Crisis: A Memoir, published by Carnegie Endowment for International Peace.