Iran Key to Success of Geneva II Talks on Syria

The United States should invite Iran to the Geneva II talks on Syria and consider it a start for a more expansive regional dialogue. 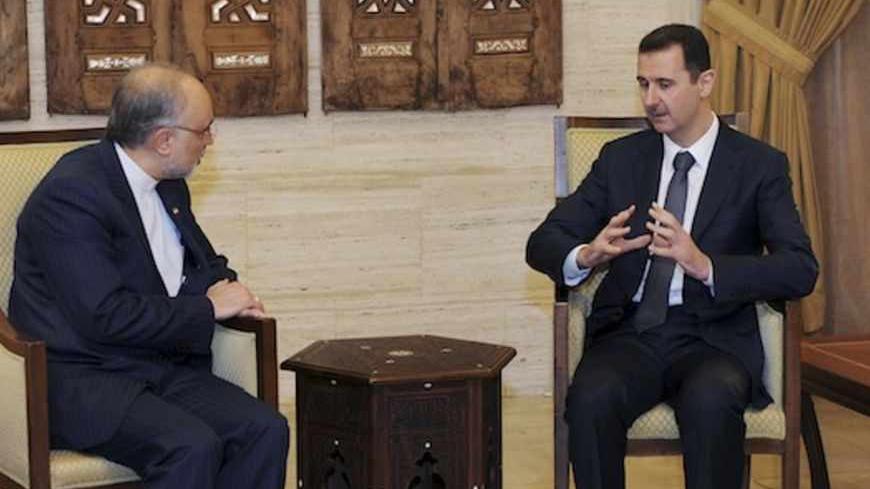 For the Geneva II conference on Syria to have the best chance of enacting a cease-fire and beginning a transition, Iran needs to be there.

US Secretary of State John Kerry and Russian Foreign Minister Sergey Lavrov met on May 15 in Sweden for further consultations toward convening the conference, the purpose of which, according to Kerry, is “to implement a peaceful resolution based on Geneva I, which recognizes the need for a transition government with full executive authority by mutual consent.”

Lavrov said in a TV interview on May 16: "One must not exclude a country like Iran from this process because of geopolitical preferences. It is a very important external player. But there is no agreement on this yet."

Iran’s inclusion in the conference is not yet a done deal from the perspective of Washington and its allies, as Barbara Slavin reported last week.

It should be a no-brainer to have all parties to a conflict represented at a peace conference. There is no "transition" in Syria absent a cease-fire, and no cease-fire without Iran, which provides the military and intelligence lifeline to the Assad regime.

Iran is unlikely to agree to a deal where its interests and influence are not recognized in Syria.

The likely result of Iran’s exclusion from Geneva II would be Tehran digging in on behalf of the Syrian regime, thereby doing its best to assure the conference will end with no result but more violence.

Another rationale for including Iran is to choreograph a work-around to address the insistence by the United States and its allies that Syrian President Bashar al-Assad must go, a now common refrain although this condition is not explicitly called for in the Geneva Communique, as this column reported last week.

US President Barack Obama, at a joint news conference with Turkish Prime Minister Recep Tayyip Erdogan on May 16, said, “We both agree that Assad needs to go.  He needs to transfer power to a transitional body.  That is the only way that we're going to resolve this crisis.” It is worth noting that we are three months away from the two-year anniversary of Obama’s first call for Assad to “step aside” on Aug. 18, 2011.

It is testimony to the tireless diplomacy and partnership between Kerry and Lavrov that Assad has so far given blessing to his government’s participation in Geneva II which, at least according to Obama and others, is pre-cooked to script his departure.

We should not think for a second that the hotline between Damascus and Tehran will not be in full use for agreement on any such transitional plan, if such discussions take place at Geneva II without Iran in the room.  Better to have Iran in the meeting, to work it out in the spotlight rather than in the shadows. There are no guarantees even if Iran attends Geneva II. But there is no cease-fire or transition without Tehran’s blessing, which will need to be obtained one way or another.

The prospect of a regional conference — hosted by the United States and Russia with the involvement of  the United Nations and attended by all key regional parties, including Iran — could be a precedent for an even more expansive approach to conflict resolution and peace-making in the Middle East.

The Russian role can be cover for a forum and conversation that begins with Syria and provides an honorable opening to a larger dialogue about regional security involving not just the Arab countries and Iran, but also Israel.

The inclusion of both Israel and Iran in a regional security forum should not be considered the dialogue that dare not speak its name. This is the primary strategic fault line in the region. Iran and Israel do not have to begin by talking to each other; that is the idea of a large table and a UN imprimatur. A direct dialogue could take time given the history.

If there is no understanding between Israel and Iran over a regional war in Syria, where they are both parties to the conflict, it is hard to imagine why Iran would sign away any ambiguity on its nuclear file in the now dead-end P5+1 talks.

The Iranian nuclear program is, in part, driven by concerns about Israel’s nuclear program. And Israel is alarmed by Iran’s nuclear potential, given the near daily statements of deep hostility by the regime’s clerics and leaders.

As Ben Caspit wrote about Israeli consideration of an attack on the Russian S-300 missiles to be sent to Syria:  “Is the Middle East teetering on the verge of a massive conflagration, which will draw Iran into the fighting, and will this situation be exploited by Israel, the US or both of them together to deal the long-awaited military blow against Iran’s nuclear program? One thing is certain. Anyone who wants to stay alive in this region and its immediate environs should hope that it does not.”

Iran has the capabilities to provoke conflict and instability on Israel's borders in Lebanon, via Hezbollah, in Syria, via Assad, and in Gaza, as this column explained last year.

Daoud Shihab, the media spokesman for Palestinian Islamic Jihad, told Asmaa al-Ghoul: "All of the weapons in Gaza are provided by Iran, be they weapons intended for the Hamas movement or for the PIJ. Perhaps Hamas even has more Iranian weapons than us; and everyone knows that Iran is financing us…the PIJ is a resistance movement, and while there are many parties in the Arab and Muslim world offering support for the resistance, the largest share of this financial and military support is coming from Iran.”

In the absence of diplomacy and dialogue it is hard to envision an absence of conflict. Geneva II, for now, is the best hope to prevent further killing and escalation in Syria. The conflict will not end by weapons and training to Syrian opposition forces — a sure-fire recipe for prolonging and expanding the war and destroying what remains of the Syrian state. The non-jihadist Syrian opposition forces that are backed by the United States stand little chance against Assad’s hard-core forces backed by the Iran’s Islamic Revolutionary Guard Corps (IRGC) and Hezbollah cadres, unless the United States is considering an intervention well beyond what is being discussed.

Those who make this case should recognize the real-world consequences of both well-intentioned interventionists and the long-standing reluctance to engage in full-scale diplomacy with Iran, even with the stakes this high. It is beyond time to play out every diplomatic thread to end a war  which, according to the United Nations, has cost more than 70,000 Syrian lives, more than 4 million internally displaced people, 6.8 million needing a form of humanitarian assistance and 1.5 million-plus Syrians registered as refugees.