If there were ever a doubt, the war in Syria is now a war on Syria. 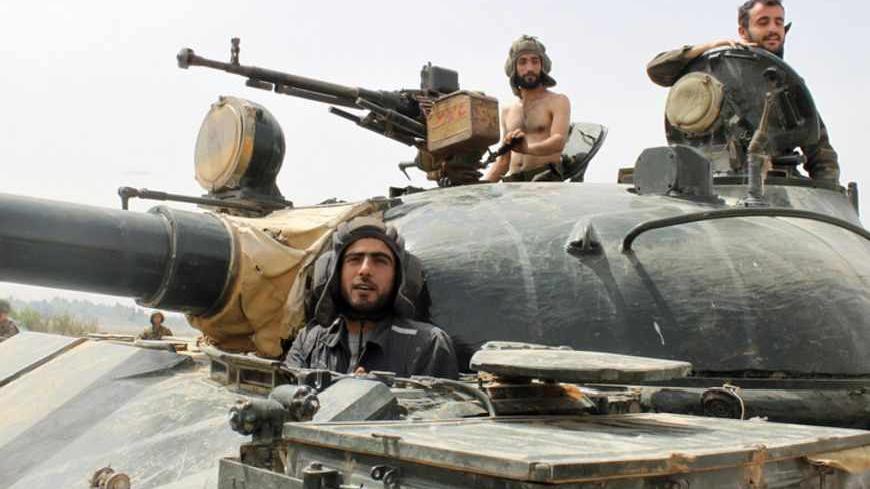 The war in Syria is a war on Syria, and whoever prevails in what already has become a regional and international conflict will have the upper hand in the region. For two years, battles were fought all around the war-torn country, but none was as decisive as the battle fought today in Qusair, none was under spotlight as it is, and none witnessed overt involvement of foreign fighters as it was openly declared here.

It’s obvious that the Syrian army is fighting the free Syrian Army in the town located just few kilometers from the Lebanese border. But it’s also obvious that the real battle is taking place between al-Qaeda-affiliated fighters on one side, and Lebanese Hezbollah on the other.

They are both known to be masters of urban warfare: It’s what they are trained mainly to do, and most of the experience both groups gained in fighting was from similar wars. But this time there is something different for at least one side. Hezbollah is for the first time taking the attacking side, and attempting to occupy the city after controlling most of its countryside. Here, many believe it’s time for military experts to observe the tactics that might be adopted in such an offensive.

When the battle started on Sunday, May 19, it was reported that Hezbollah lost more than 30 of its fighters on the very first day, while the rebels lost around 150. According to opposition sources, the Lebanese group was faced with booby traps and snipers who were placed in different locations. “One of our objectives was taking their fighters alive as POWs; we succeeded in seizing many corpses of their fighters,” said Hussein, a fighter from Qusair who spoke to Al-Monitor. Hussein’s father was killed two months ago when the regime’s army attacked their neighborhood. He said, “I saw my father getting killed in front of my eyes, I’m here for his blood and the blood of many others who were killed.”

Hussein elaborated on the battle, saying that many of his comrades were killed when Hezbollah and the regime both started bombing the city, “I’ve never witnessed something similar, more than 50 mortars in one minute; what helped us were some tunnels that were dug, though not many,” he stressed. “We are not going to leave Qusair; it’s either we become martyrs here or we emerge victorious. We don’t have many choices.”

It’s almost two weeks since the battle started. According to Hezbollah sources, the city is 65% under their control and most of the opposition fighters are in the northern neighborhood of the town. “We are using new tactics in this battle,” one Hezbollah commander told me, “There are several levels to finish. We fulfilled our objectives till now by controlling the main parts of the city, and outside by taking control of Al-Dabaa military airport and several [adjoining] villages.”

The commander, who was one of the fighters who fought against Israel in July 2006, told me that the battles in Qusair weren’t easy. “They are using the same tactics we use, and we were surprised to find out that the same booby traps we gave to some Palestinian factions in Gaza were used by opposition fighters.” As for the number of Hezbollah fighters who were killed in the confrontations, the commander said, “Hezbollah’s victories were all made by blood. Martyrs solidify our internal front and give more determination to other fighters. It’s either victory of martyrdom.” He added, “Most of our martyrs were killed in the first attack. We lost around 38, after that the number became normal. I can say that during 10 days of battles, the number is still under 100, while we killed nearly 800 of them.”

But why are all these people dying for a city whose area is less than 12 square kilometers [4.6 square miles]?

According to both sides, Qusair is a strategic city that means much in the equation. It’s a main junction on the road between Damascus and the coast, the stronghold of the Alawites, President Bashar al-Assad’s sect. By taking Qusair, Assad’s regime will regain full control of Homs province, 42,223 square kilometers [16,302 square miles], which shares borders with Lebanon, Iraq, and Jordan. Homs also divides Syria in the middle, isolating the Damascus countryside from the northern provinces where the opposition has the upper hand. The city is regarded by Hezbollah as its backyard and one of the main weapons routes.

As for the opposition, Qusair is their last strategic post in Homs province, and their only main gate on Lebanon’s loose borders, where the flow of weapons and fighters can’t be stopped. Homs as a province has been known as the icon of the revolution and losing it for any reason will mean a major setback for the rebels in their fight to topple Assad’s regime.

The battle for Qusair will not end the war in Syria, though it will be a turning point in the path of the civil war. In 1257 BC, in the same city of Qusair, the two super powers of the 13th century BC fought their most documented battle. The battle of Kadesh or (Tel Nabi Med) that was fought in May ended by signing the first known peace treatyof that era, will history repeat itself?

by Murielle KASPRZAK and Joseph SCHMID | AFP | May 26, 2022
END_OF_DOCUMENT_TOKEN_TO_BE_REPLACED