Iran's Qom: Mystery and Surprise At the Hawza 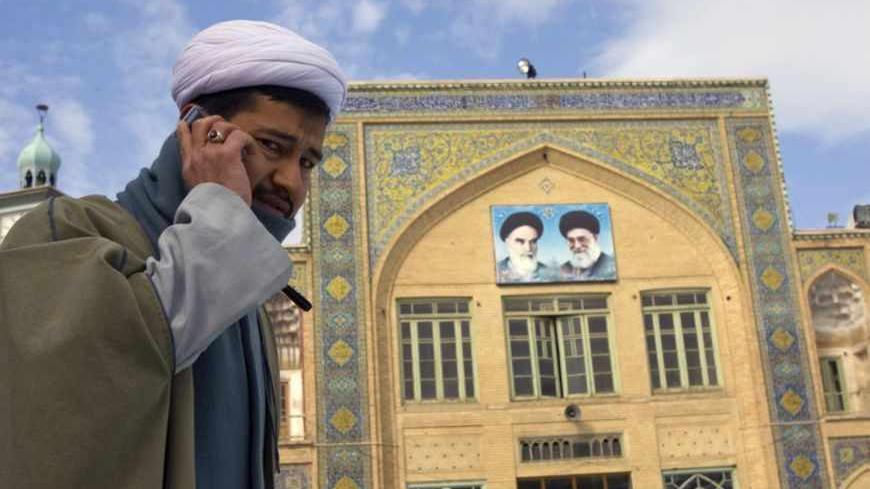 The distinctive and diverse lifestyles and behaviors of a portion of scholars and students at the seminary (hawza) in Qom continue to be heavily shrouded and mysterious, other than what the official Iranian media broadcasts and despite the information revolution and the massive amount of media coverage of almost every event, trivial or significant. They may, however, change the face of the world's largest Shiite institution in the foreseeable future.

The prominent Shiite scholar Mohammad Hassan al-Najafi al-Qohani presented the first detailed, anthropological report on the Najaf Hawza in Tourism of the Orient some 100 years ago. The book offers readers astonishing insight into unfamiliar and extraordinary lives. Mehdi Khalaji, a former student at the Qom Hawza, and current Iranian opposition figure, also wrote reports and personal blogs about the lives of students in the QomHawza under the title "Natani," which means "a brother who is not blood-related." Still, much about the Holy City remains obscure.

For more than 100 years, the Qom Hawza has embraced the most prominent religious reform movements in the Shiite world, whether officially accepted or rejected. A large number of pioneering critics of Shiite religious thought have graduated from it after having spent long periods of time there. Some, such as Sayyed Abul Fadel al-Burqu’i, adopted the Sunni doctrine, after having criticized key principles of Shiite theology. Others, most notably Sheikh Muhammad Mujtahid Shabastari, became liberals, criticizing religious theology and ideologies in general.

In addition, critical views were offered in Qom by the well-known religious philosophers Abdul Karim Soroush and Mustafa Malkayan, especially the latter, who had spent most of his life in the most rigid and extreme institution, founded by Sheikh Mesbah-Yazdi. Many criticized the traditional reading of Islamic jurisprudence in part or in full. These include Sheikh Salehi Najafabadi, who wrote a number of books critical of several jurisprudential views from a modern standpoint. Sheikh Abbas Yazdani, the author of Critique of the Jurisprudential Mind, died suddenly after writing his book, raising doubts about the circumstances of his passing. Sheikh Ibrahim Jannati is known for his bold fatwas in favor of women's rights and equality and for advocating the modernization of Shiite jurisprudence. The establishment of a large number of university-like institutions in Qom linked to the city’s seminary significantly contributed to allowing criticism of the formal reading of religious thought, particularly Shiite thought.

In a formal debate with a conservative cleric hosted by the Science Academy of Islamic Wisdom in Qom, Nematallah Safri Feroushani, head of the Department of History at the School of Imam Khomeini, argued that it is not a necessity to emphasize the miracles and paranormal mental abilities of prophets or imams as cited regularly in books about Islamic and Shiite heritage. Nematallah also criticized the phenomenon of exaggerated scientific assessment of traditional Shiite heritage, including a large number of previously non-debatable beliefs. He currently moderates discussion sessions on the aforementioned topics, which his opponents view as questionable and argue may undermine the Shiite beliefs of students of religious studies.

Sheikh Dawood Farahi, a cleric and professor, conducted a historical critique of Shiite political jurisprudential rhetoric by employing Foucault’s method of criticism of discourse. In a formal debate with a cleric who follows the radical methodology of Sheikh Mesbah-Yazdi, Farahi said that the most serious threat to humanity today is applying ideoglization to religion, which is far more serious than ideologization of any other system of knowledge. He added that approaching religious thought with new patterns of thinking is not a threat to it, but rather helps it develop and grow.

These ideas raised concern among the traditional, conservative mainstream as well as the official body representing the vali al-faqih in the Qom Hawza. Despite the disagreement between the two currents, there is something of a convergence based on the logic of the “common enemy,” since the aforementioned ideas pose a threat to both.

Zahra, a PhD candidate at one of the seminaries in Qom, was subjected to a security investigation because she applied for a scholarship in a Western country considered to be “imperialist” according to official Iranian policy. She had previously defended her master’s thesis, which criticizes the Quranic verses concerning women’s rights.

With regard to their lifestyles, there is a widespread phenomenon of prominent Hawza scholars not wearing the formal attire of Shiite clerics while practicing their scholarly and religious duties. Many of them abandoned this uniform attires after having worn them for a long part of their lives. Their action represents behavioral criticism of the mistakes of the official establishment, especially concerning politics. The official establishment responded by suspending a number of rights and services to which seminary students and professors were usually entitled, unless they agreed to comply and wear formal attire. This led a segment of those who opposed wearing the outfit to adopt double lives, wearing the required clothing at official places but taking them off for everyday life.

There is an alarming level of security at the hawza, particularly surrounding the clergy. There is a special court for them separate from the regular judiciary and is not subject to censorship. Also, a security center monitors the activities of the clergy and students. In spite of such scrutiny, professors and teachers still lead varied individual and social lifestyles considered a violation of sharia according to official hawza directives.

It may be come as a surprise to learn that a number of middle-class professors and administrators at the Qom Hawza hold gatherings at night where they play music and sometimes serve alcohol, which has become easy to obtain in Iran through smuggling from neighboring countries or conventional methods used for centuries. This might not sound strange, however, to those with knowledge of the history of religious thought and its diversity in the Middle East, especially given that Iran has a rich literary and artistic heritage.

Ali Mamouri is a researcher and writer who specializes in religion. He is a former teacher at Iranian universities and religious seminaries in Iran and Iraq.