During his visit to Israel, President Barack Obama reminded the world of the values of liberation and self-determination on which Zionism is based, writes Einat Wilf. 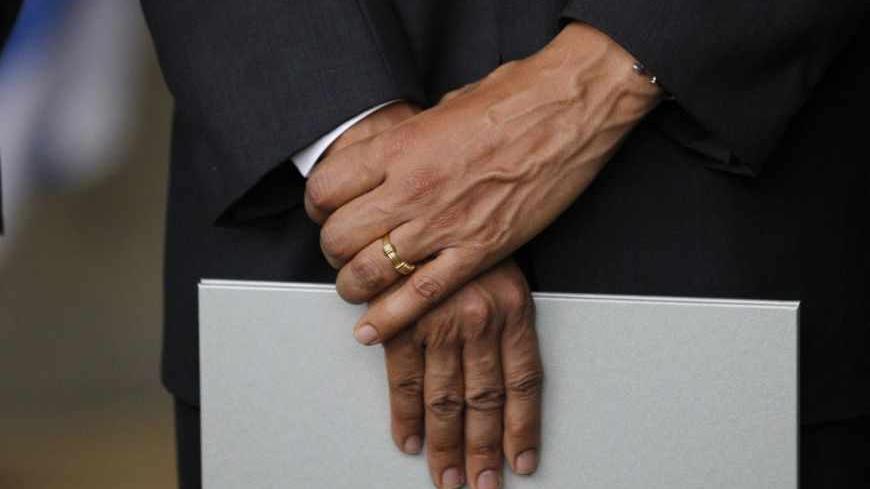 US President Barack Obama holds a souvenir book presented to him by Chairman of the Yad Vashem Directorate Avner Shalev during Obama's visit to the Yad Vashem Holocaust Memorial in Jerusalem, March 22, 2013. - REUTERS/Jason Reed

Thanks to President Barack Obama, Zionism is back.

Much was made in the international media of Obama's appeal to the Israelis to pursue peace, especially in his address to the students. But perhaps the greater significance of the president's visit is that the entire trip, as well as his appeal to peace, constituted an intensive course in Zionism 101.

At a time when the Turkish prime minister calls Zionism “a crime against humanity” and The New York Times provides a platform for undermining it, the liberal Obama reminded the world of Zionism's foundations and nature as a movement of liberation and self-determination.

Within moments of landing in Israel, Obama emphasized that the creation of the state of Israel is rooted in the historical, yet sometimes denied, link between the Jewish people and the land of Israel: "I know that in stepping foot on this land," he said, "I walk with you on the historic homeland of the Jewish people. More than 3,000 years ago, the Jewish people lived here, tended the land here, prayed to God here." Later, Obama gave form to his words by visiting the Dead Sea Scrolls, to witness firsthand the ancient biblical texts written in Hebrew, uncovered in Israel.

Obama then made the leap into modern times, recognizing that Israel is the fulfillment of the Jewish people's dream to be "masters of their own fate in their own sovereign state." Obama visited the grave of Theodore Herzl, the founder of modern Zionism, saying that Herzl "had the foresight to see that the future of the Jewish people had to be reconnected to their past." Obama honored and paid tribute to the political program of the Zionist movement to establish a homeland for the Jewish people in the land of Israel: "The dream of true freedom finally found its full expression in the Zionist idea — to be a free people in your homeland. That’s why I believe that Israel is rooted not just in history and tradition, but also in a simple and profound idea — the idea that people deserve to be free in a land of their own."

Obama also reversed his well-intentioned but misguided message in his 2009 Cairo speech that "the aspiration for a Jewish homeland is rooted in a tragic history" of Jewish persecution, which culminated in the Holocaust and led to the state of Israel. "Here, on your ancient land," Obama said while visiting Yad Vashem, "let it be said for all the world to hear: The state of Israel does not exist because of the Holocaust."

These days, between Holocaust Memorial Day and Israeli Independence Day, Obama's words keep resonating. His emphasis on the Jewish people actively taking their fate into their own hands to create the state of Israel demonstrated a deep understanding of Zionism's true nature. He reminded the world that Zionism is an inspirational idea and a movement that, if properly understood, could help bring peace between Israel and the Palestinians and shape for the better a changing Arab world.

As long as the world in general, and the Arab world in particular, believes that the state of Israel is a form of “compensation” to a suffering people by a guilty world, a false lesson is learned that victimhood is rewarded. This encourages a problematic race to the bottom to be perceived as the world's most oppressed, a strategy that some Palestinians have been perfecting for decades, manifested in the choice to remain refugees within their own borders and defining their existence by "indignities" committed by Israel, rather than engaging in actions that will lead to their own dignity.

If the Palestinians and the Arabs were to properly understand Israel and Zionism through Obama's recent encapsulation of it, they might finally begin to engage in a race to the top toward self-determination and the assumption of responsibility to shape their own fate. Palestinians can have a state tomorrow if they behave like the Zionist leaders — saying a pragmatic yes to what they can get, even if it is far less than they feel is justly deserved.

Obama explained in his visit to Israel that the reason the United States and Israel stand together is a "common story: patriots determined to be a free people in our land, pioneers who forged a nation, heroes who sacrificed to preserve our freedom, and immigrants from every corner of the world who renew constantly our diverse societies." The Palestinians too can stand together in this common story if they look toward the future instead of the past, and begin in the task of their own nation building, rather than another nation denying.

By bringing Zionism back, and reminding the world of its true nature and foundations, Obama has done the prospects for peace the greatest service yet.

Einat Wilf,  Chairman of the Education Committee and member of the Foreign Affairs and Defense Committee in the 18th Knesset, has a B.A. in government and fine arts from Harvard University, an M.B.A. from INSEAD in France, and a Ph.D. in political science from the University of Cambridge. Previously, Wilf served as a senior fellow with the Jewish People Policy Planning Institute, a foreign policy adviser to Vice Prime Minister Shimon Peres and a strategic consultant with McKinsey & Co.