Can this common declaration, written by former Knesset member Einat Wilf and professor Mohammed S. Dajani Daoudi, unite Israelis and Palestinians around the divisive issue of Israel as a Jewish state and Palestine as the Palestinian people's homeland? 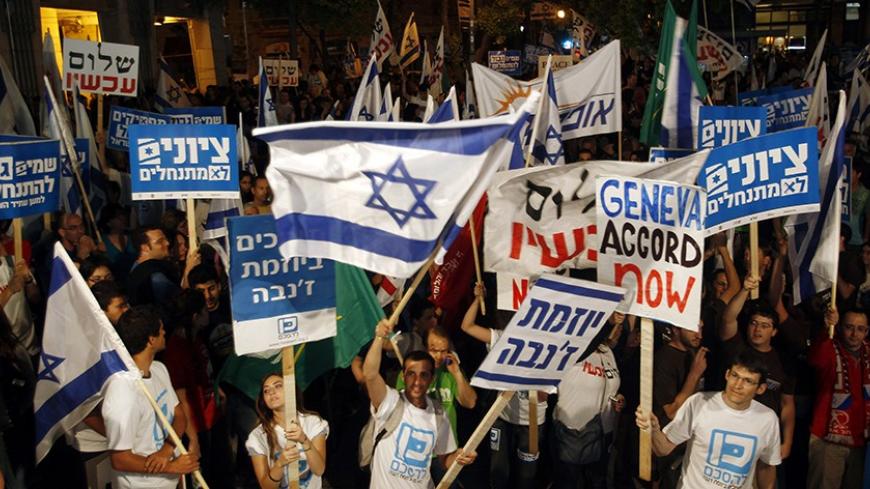 Left-wing Israeli activists take part in a rally in Jerusalem, May 15, 2010. - REUTERS/Ronen Zvulun

I was born into the Israeli left. I grew up in the left. I was always a member of the left. I believed that the day that the Palestinians would have their own sovereign state would be the day when Israel would finally live in peace. But like many Israelis of the left, I lost this certainty I once had.

Why? Over the last 14 years, I have witnessed the inability of the Palestinians to utter the word "yes" when presented with repeated opportunities to attain sovereignty and statehood; I have lived through the bloody massacres by means of suicide bombings in cities within pre-1967 Israel following the Oslo Accords and then again after the failed Camp David negotiations in 2000; and I have experienced firsthand the increasing venom of anti-Israel rhetoric that only, very thinly, masks a deep and visceral hatred for the state and its people that cannot be explained by mere criticism for the policies of some of its elected governments.

But one of the most pronounced moments over the past several years that has made me very skeptical toward the left were a series of meetings I had with young, moderate Palestinian leaders to which I was invited by virtue of being a member of Israel's Labor Party.

I had much in common with these young Palestinian leaders. We could relate to each other. However, through discussion, I soon discovered that the moderation of the young Palestinian leaders was in their acknowledgement that Israel is already a reality and therefore is not likely to disappear. I even heard phrases such as, "You were born here and you are already here, so we will not send you away." (Thank you very much, I thought). But, what shocked and changed my approach to peace was that when we discussed the deep sources of the conflict between us, I was told, "Judaism is not a nationality, it's only a religion and religions don't have the right to self-determination." The historic connection between the Jewish people and the land of Israel was also described as made-up or nonexistent.

Reflecting on the comments of these "moderates," I was forced to realize that the conflict is far deeper and more serious than I allowed myself to believe. It was not just about settlements and "occupation," as Palestinian spokespeople have led the Israeli left to believe. I realized that the Palestinians, who were willing to accept the need for peace with Israel, did so because Israel was strong. I realized that, contrary to the leftist views in Israel, which support the establishment of a Palestinian state because the Palestinians have a right (repeat: right) to sovereignty in their homeland, there is no such parallel Palestinian "left" that recognizes the right (repeat: right) of the Jewish people to sovereignty in its ancient homeland.

These did not remain personal reflections. For the following years, these conversations impacted my political career as I found myself within the Labor Party increasingly alienated from what I began to term as the "self-flagellating left," to which the conflict was entirely due to Israel's actions and which demanded no responsibility or recognition from the Palestinians. As a member of the Knesset, on behalf of the Labor Party, I helped carry out a split within the party between its dovish and hawkish wing in order to allow the hawkish wing headed by then-Defense Minister Ehud Barak to remain in the coalition with Prime Minister Benjamin Netanyahu. This realization has also motivated my continued work around the world to defend Israel and Zionism, insisting that all peace must be rooted in the mutual recognition of the equal right of both peoples to the land.

So, it was somewhat ironic when, just several months ago, I received an email from the Israeli-Palestinian meeting's organizer to write a response to one of the program's core funders as to whether the program had an "impact on anything or anybody." I was asked to "reflect back a few years" and to write whether the program "had any impact on you — personally, professionally, socially, politically … " Naturally, I responded. I wrote that the program had a "tremendous impact on my thinking and I continue to discuss it to this day in my talks and lectures." I shared the above story with the organizer, recognizing that "it is probably not a perspective you want to share with your funders."

In response, the organizer sent me an email saying that there are "many, not one, grass-roots and political Palestinians who truly believe that Jews have a right to part of the land." I responded enthusiastically that meeting even "one Palestinian who believes that the Jewish people have an equal and legitimate claim to the land would be huge for me," and that "I've been looking for someone like that ever since I participated in the program many years ago."

Shortly thereafter, I received the following quote from a Palestinian participant who expressed a desire to renew the program so that "we can reach a resolution to this conflict by having an independent Palestinian state with East Jerusalem as it's capital living in peace side-by-side with the State of Israel." I responded, "I do not see that this individual writes that he recognizes the equal and legitimate right of the Jewish people to a sovereign state in their own homeland." I was then asked to write precisely what would convince me that we have a true partner for peace in the Palestinians. So, I drafted the following phrase:

"The Jewish people and Palestinian people are both indigenous to the Land of Israel/Palestine and therefore have an equal and legitimate claim to a sovereign state for their people on the land." I added that this sentence could be expanded to say, "Both the Jewish people and the Palestinian people around the world have an equal and legitimate claim to settle and live anywhere in the Land of Israel/Palestine, but given the desire of both peoples to a sovereign state that would reflect their unique culture and history, we believe in partitioning the land into a Jewish state, Israel, and an Arab state, Palestine, that would allow them each to enjoy dignity and sovereignty in their own national home." I would also add here that it should be clear that neither Israel nor Palestine should be exclusively for the Jewish and Palestinian people respectively and both should accommodate minorities of the other people.

The organizer promised to get back to me. Weeks and months passed, and I was about to publish this piece, opening up the conversation, hoping to find partners who share my belief, so that I could rekindle my hope that peace is possible. At the last minute, I was contacted by professor Mohammed S. Dajani Daoudi, the head of American Studies at Al-Quds University and founder of the Palestinian centrist movement, Wasatia. All he asked was to change the word "claim" to "right," and "partition" to "sharing," saying that "right" was more positive, and "partitioning" had in the deep psyche of the Palestinians the negative connotation of the 1947 UN partition plan recommendation. He emphasized that 67 years later, he hopes that Palestinians would realize that sharing the land by a Jewish state and a Palestinian state, as envisioned by the UN resolution, was "the right thing to do" in 1947, since both people do have a legitimate right to the land, and remains "the right thing to do" today. I found these changes wholly acceptable and welcome. So the statement we share now reads as follows:

"The Jewish people around the world and Palestinian people around the world are both indigenous to the Land of Israel/Palestine and therefore have an equal and legitimate right to settle and live anywhere in the Land of Israel/Palestine, but given the desire of both peoples to a sovereign state that would reflect their unique culture and history, we believe in sharing the land between a Jewish state, Israel, and an Arab state, Palestine, that would allow them each to enjoy dignity and sovereignty in their own national home. Neither Israel nor Palestine should be exclusively for the Jewish and Palestinian people respectively and both should accommodate minorities of the other people."

Who else will join us in our journey to find true partners on both sides? 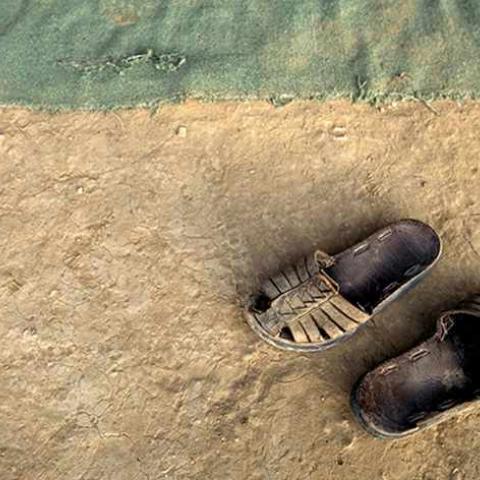 Israeli Bedouin and the limits of tolerating intolerance 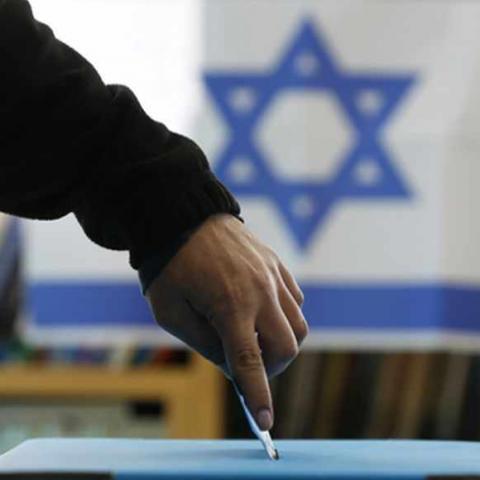