While Arab countries are willing to recognize Israel and advance toward regional peace, Israel refuses to accept the principle of the 1947 UN Resolution 181 for the partition of the land. 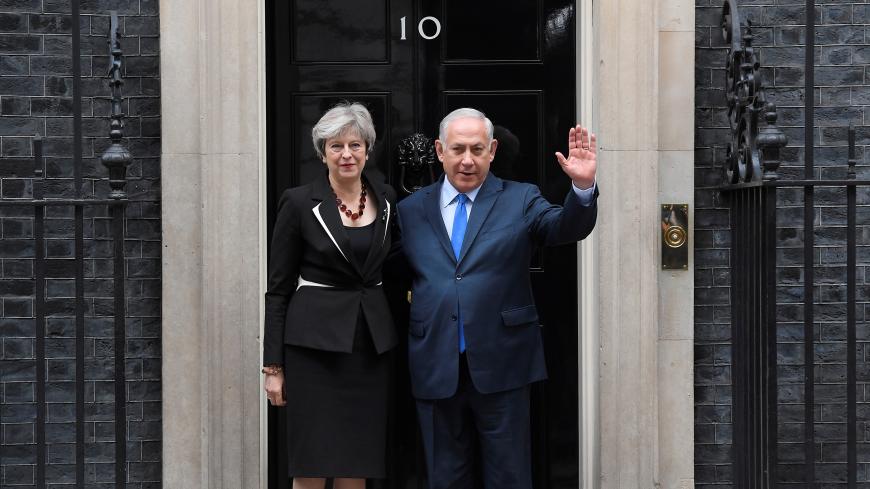 At the beginning of November, Israeli Prime Minister Benjamin Netanyahu traveled all the way to London in order to mark 100 years of the Nov. 2, 1917, Balfour Declaration — the famous letter in which the British foreign secretary committed that his government would support the establishment of a Jewish home for the Jewish people in the Land of Israel/Palestine. Indeed, the Balfour Declaration was a significant road mark in the history of the Zionist enterprise. However, the organization that translated the British document from a general declaration of intentions to practical political language three decades later was the United Nations.

On Nov. 29, 1947, the ears of future citizens of Israel and Jews throughout the world were turned to radio transmitters, counting the votes for and against the establishment of a Hebrew state at the UN General Assembly. When the results of the vote were declared, crowds went out to the streets and celebrated with song and dance until dawn. In his book "A Tale of Love and Darkness," Amos Oz recalls how strangers hugged and kissed each other with tears in the streets, shocked British soldiers were dragged to the dance circles and plied with beer and liquor, and ecstatic celebrators climbed British tanks and waved the flags of the state that hadn’t yet been established.

Nov. 29 (marked by Israelis by a combination of the Hebrew and Gregorian date) was commemorated by the naming of streets in big Israeli cities. The house in which Netanyahu was raised, on Haportzim Street in Jerusalem, is only a few steps away from 29th of November Street. But in recent years, the status of the term “29th of November” has slowly declined. The 70th anniversary of the official decision to establish a state for the Jewish people hasn’t received a fraction of the honor and attention the Israeli establishment gave to the Balfour Declaration.

The main reason for the loss of status of the Nov. 29, 1947, UN Resolution 181, is found in the title given to it on the Knesset’s website: “The resolution of the United Nations on the establishment of the Hebrew state.” Only at the end in parentheses does it say “partition plan.” Partition between whom? Does the decision only relate to a Hebrew state? This title does not mention the prominent existence of an Arab state in Resolution 181, and it discloses Israel’s weak spot: the refusal to divide the land and recognize any kind of Palestinian sovereignty.

As professor Shlomo Avineri wrote in Haaretz on Nov. 23, Resolution 181 “is connected by an umbilical cord” to the principle of partition, since the willingness to recognize the right of Jewish self-determination was accompanied by the recognition of the right of Arab inhabitants of the land to establish a state in part of the territory of the mandate. This “part,” we should note, was spread over 45% of the mandate’s territory, while the part of the State of Israel was supposed to be 55%. The Arab population in the mandate territory at the time was twice that of the Jewish population.

Avineri — who served as the director of the Foreign Ministry in the first Rabin government in 1974-77 — argued that the refusal of the Arabs to respect the resolution and put down their weapons left the Palestinian people without a sovereign country and made millions of them refugees. Those lucky ones who didn’t flee and were not expelled became a minority in the State of Israel. Others have lived 50 years under military occupation. Avineri argues further that the unwillingness of the Palestinians to recognize the political and moral mistake they made in rejecting the partition “is even today” a stumbling block on the way to achieve a historic compromise between the two national movements.

This inaccurate assertion, to put it mildly, is often repeated by Israeli politicians and right-wing intellectuals. The cliche attributed to the late Foreign Minister Abba Eban — considered one of Israel’s most skilled diplomats — “The Arabs never miss an opportunity to miss an opportunity” is used as a spearhead at the hands of those who oppose a compromise based on the partition of the land. But for three decades now Israel has competed with the Arabs in missing opportunities. In November 1988, the Palestinian National Council, the top body of the PLO, decided to recognize UN resolutions 242 and 338 (the Algiers Declaration). The geopolitical significance of this step was a recognition of Israeli sovereignty in 78% of the territory of the British mandate instead of 55% and Palestinian sovereignty in 22% of the territory instead of 45%. The government of Israel ignored this revolution in the Palestinian arena.

Resolutions 242 and 338 were the foundations of the 1991 Madrid Summit and the 1993 Oslo Accord. The Israeli response was — and is still — an entrenchment of the occupation. At the start of the 2000s, the nations of the Arab League and the Organization of Islamic States joined the large international community that erased the UN’s partition plan of 1947 in favor of the partition determined by the 1967 Six-Day War. The 2002 Arab Peace Initiative dealt with the issue of the right of return by means of a formula that determines that the solution must be fair and just but also agreed upon by all sides. Thus, Israel was given a veto right to the right of return. The Israeli response was that of recognizing illegal settlement outposts and new laws of land expropriation.

Thus, the tables have turned: The Arab states recognize the right of Israel to exist in peace and security and even have normal relations with them, while the State of Israel refuses to recognize the right of Palestinians to self-determination. The Palestinian national camp is ready to partition the land and give up most of the small territory the UN allocated it 70 years ago. The Jewish-Israeli national camp refuses to partition the land and give Palestinians less than half of that territory.

While the leadership of the Yishuv — the pre-state Jewish community in Palestine — welcomed the partition resolution, the Revisionist camp’s leadership distributed fliers decrying “the shameful commerce in the lands of our homeland.” Israel's first prime minister, David Ben-Gurion, then the chairman of the Jewish Agency, said that in all of its history the Jewish people “never received all at once what it now has achieved.” The leadership of the Lehi — an extreme right-wing Zionist paramilitary group headed by Abraham (Yair) Stern — declared that “the Hebrew people have not and will never recognize the division of its homeland.” The successors of that same leadership, headed by Netanyahu, lead toward the elimination of the opportunity opened 70 years ago to divide the land between two people and perpetuate hatred and violence in their common homeland.