The tragedy of Palestinian revisionism

The author responds to Linah Alsaafin, who called Acre a “city in northern Palestine.” 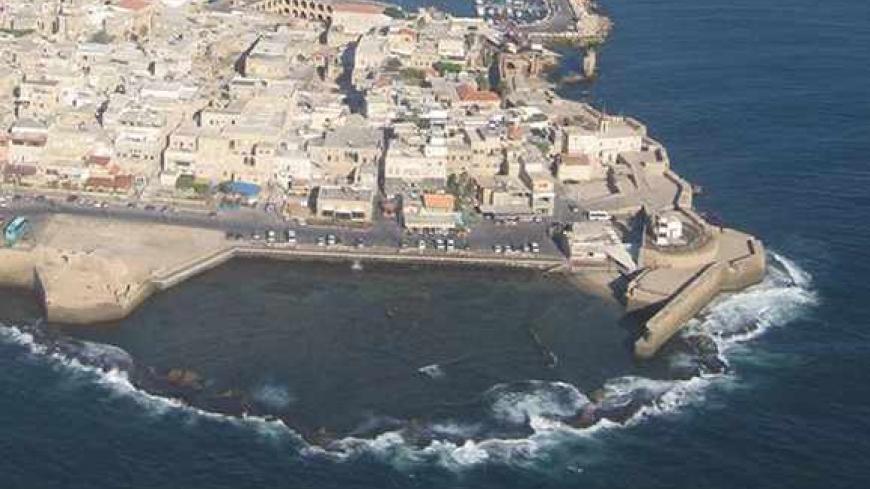 The old city of Acre is shown in this aerial view, Dec. 2005. - Wikicommons/Maksim

For those asking themselves how it can be that in 2013 the Palestinians still do not have an independent state, I would recommend reading Linah Alsaafin’s article about Acre. An intelligent read of that article might provide a telling answer to this question and optimally explain the entire Palestinian tragedy.

Let’s start with the “ethnic cleansing” which, the writer contends, befell the Arabs in Acre in 1948. So here’s a short reminder: In 1947, the United Nations adopted a historic decision to partition the land of Israel between Arabs and Jews. The Jews thought that the resolution was very bad and unacceptable, creating a Jewish state divided into three narrow cantons that were barely contiguous and also indefensible and unmanageable.

The area that was awarded to the Jews was much smaller than the area of the historic land of Israel, where the Jewish people were born and thrived according to the three religions. (After all, the Muslims also believe in the Jewish prophets and the history that preceded Muhammad).

David Ben Gurion, the leader of the Jewish Yishuv (community) in the land who later became Israel’s first prime minister, had to make a decision. He was under heavy pressure to reject the UN resolution. The Provisional State Council, which was to vote on the resolution, came to a draw. Realizing the momentous occasion and that pressure had to be brought to bear, Ben Gurion backed the resolution and declared, against all odds, the establishment of the state in 1948. He said, “Yes.”

If the Arabs had said “Yes” back in the day, what we would have seen today is a prosperous Palestinian state over more than half the territory between the Mediterranean and the Jordan River. But Arabs — as they invariably do — said, “No.” One day after Israel declared its independence, seven regular Arab armies invaded the land where some 600,000 practically defenseless Jews were living. The military force of the fledgling Israel was negligible. It had neither weapons nor soldiers. It didn’t have world powers to provide assistance. But Israel nevertheless was able to vanquish its enemies and even expand the areas under its control. The 1949 armistice lines became the “Green Line” which — to this day — is the consensual international reference point to the separation between Palestinians and Jews.

This was the Arabs’ first fatal mistake. Incidentally, even under the 1947 UN “partition borders,” Acre was part of Israel. When Linah Alsaafin calls it a “northern Palestinian coastal city of Acre” she talks in fantasies. Not facts. Palestine is a state that has never existed, and therefore there is no north Palestine. Before the establishment of the state of Israel there was no Palestine, only the British Mandate. The areas that were to be handed over to the Arabs were given to the Hashemite kingdom, to wit, the Jordanian kingdom, which held onto the West Bank until 1967.

The Palestinian people and the Palestinian state are a modern invention inspired by Israel. It has no precedent, it has no history. There were never such a people and such a state. Now, thanks to the Israeli occupation, there are.

Like many of Israel’s citizens, I fully recognize the existence of the Palestinian people, their right for independence, a sustainable state and prosperity. The problem, however, is that Linah Alsaafin does not recognize my right to have the same. This creates a tragic asymmetry that mars the attempts to resolve the conflict.

Now, let’s have a crash course in history. I am honestly unaware of the story of Khan al-Umdan. Israel — indeed the whole world — is rife with historic sites turned into boutique hotels. These tensions between progress and tourism and tradition and history rage everywhere. I would like to speak about Acre itself. It is not considered a run-of-the-mill Jewish city. Nor is it a typical Muslim city. In fact, it started out as a Hellenic city.

In 165 B.C., it was besieged by Simon Thassi, a Jewish leader, who triumphed over the Seleucid that controlled it, yet he could not conquer it. Jonathan Apphus, a member of the venerated dynasty of Jewish warriors, was murdered there 20 years later. At least two Hasmonean warriors are buried in Acre. This happened 600 years before the emergence of Muhammad — the founder of Islam — into history. Herod the Great, the Jewish king, built many public buildings in the city. The Jewish dignitaries in Acre begged the representative of the Roman Emperor Caligula not to foul the temple.

One can go on and on with the Jewish history of Acre, but I think that the point is clear. The Arabs conquered Acre in 638, but history’s pendulum swayed in the other direction in 1104 when the city was conquered by the Crusaders, later becoming the capital of the Crusaders’ Kingdom of Jerusalem. Later the Ottomans arrived, followed by the British. Then the state of Israel was founded, with Acre being part of it, according to the said United Nations’ partition plan.

One can also discuss the “ethnic cleansing” that Alsaafin ascribes to Israel, but I believe this discussion would be unnecessary and offensive. Had the seven Arab states not attacked our young country in 1948, tens of thousands of Arabs would not have had to flee anywhere. Some fled because they were scared; others were encouraged to escape. That’s what happens in wars, especially if it’s a war of existence that is imposed on you by many, much stronger enemies. You fight for your life, against all odds. The victor, in this case, wins the jackpot.

However, we must bear in mind that most of Israel’s Arabs stayed put. They were issued Israeli ID cards and today they’re full-fledged citizens, enjoying full equality before the law. The Israeli Supreme Court, in its famous Kaadan ruling, stated that the allotment of plots in a certain locality only to Jews was wrongful discrimination. Arab Israelis can settle and live anywhere they want.

However, that’s not the case for Israeli Jews. There are many mixed cities in Israel: Haifa, Jaffa, Acre, Lod and Ramla, where there is a clear Jewish majority and an Arab minority. The reverse doesn’t exist. In the Arab towns in Israel not a single Jew can be found. No Jew would dare live in Umm al-Fahm, Tayibe or Sakhnin. These are Israeli towns for all intents and purposes but to Jews are off limits. Now they’re already calling themselves Palestinians. They enjoy the bountifulness of the thriving Jewish state and the benefits of democracy, while watching their brethren being massacred in the hundreds of thousands in the surrounding countries. They enjoy the best of all worlds.

Yes, Arab Israelis are somewhat discriminated against. There are also manifestations of racism. Life in Israel isn’t perfect. Being a minority is hard and when it comes to that Jews can go to the front of the line. It’s hard to be black in America, a Muslim in Italy or a Christian in Egypt, etc. But Israel’s Arab citizens enjoy full protection under the law and under the state’s law enforcement agencies.

They also enjoy some privileges. Unlike the Jews and the Druze (and some of the Bedouins), they do not serve in the military. They are not forced to give the state the best three years of their lives. They can go to university at 18 rather than wait until they turn 21. When you look around at the Middle East and the neighboring countries, when you check the numbers and statistics, there is no doubt that Arab Israelis enjoy a quality of life, a standard of living, security and rights that are a thousandfold better compared with all the Arabs throughout the Middle East.

When the October 2000 riots broke out, the Arab residents of Wadi Ara area in northern Israel blocked this important arterial road, breaking, smashing, destroying and torching any state symbol they came across, while chanting “Death to Israel!” and calling for its destruction. The police were forced to act, as a result of which 13 Arab citizens were killed. This was a formative event in our history, which brought about the establishment of a national commission of inquiry. In similar events in the United States or Russia, many more citizens would have been killed. In a similar event in Syria or Egypt, thousands would have been killed.

When you look at the events in Syria, Egypt, Lebanon, Iraq, Yemen, Iran and in fact all around us, we realize the Israel’s Arab citizens enjoy total democracy, total freedom, equal rights, a modern, open, developed, prosperous state that provides a peaceful, carefree life. Truth be told, the road to full equality is still long, but let’s try imagining what would have happened if the situation had been the reverse — if the Arabs had won that war of independence and the Jews had been a minority in their country.

And here’s some more food for thought: When Israel was established, hundreds of thousands of Jews were forced to leave their home in the various Arab states and flee to Israel. They were subjected to pogroms, persecution and dispossession. If they had stayed any longer in their native countries, their lives would have been in danger. Fighting tooth and nail for its existence, Israel was barely able to take them in. To this day, this trying immigration endeavor is still evident.

So what — did we set up refugee camps for them? Did we demand the world to return them to their original homes?

The Palestinian refugees that fled Israel during the war became a living monument of the Arab tragedy. This monument is alive and the Arabs have only themselves to blame. These refugees could have been rehabilitated many times over if there had been a genuine desire to do so. When they continue to call an Israeli town a “northern Palestinian coastal city,” they do not recognize Israel’s right to exist. They recognize no history but their own. They whine, perpetuating their tragedy and misfortune instead of ending it.

All they need to do is to finally establish the Palestinian state. Former Israeli Prime Ministers Ehud Barak and Ehud Olmert already made them an offer to get back 95% of the area that was occupied in 1967. Their response was either negative or was not given at all — because they don’t want to end this saga. They want to continue it until the Jews tire out and leave. And that’s the sad truth.

I am part of the ever-shrinking Israeli majority that is willing to give back all the territories, sign the Geneva Initiative as is, divide Jerusalem and sacrifice our most scared values for a comprehensive peace. Unfortunately, there aren’t many on the other side willing to take this up. The belief that millions of refuges could one day return to Israel sabotages a priori any attempt to reach an arrangement.

When Arab Israeli citizens call Acre a “northern Palestinian coastal city,” I understand, sadly, that the chances that the window of opportunity for peace will be used in the little time that’s left until it shuts is not high (given that in demographical terms, Israel turns each year more religious and more extreme). What a shame.