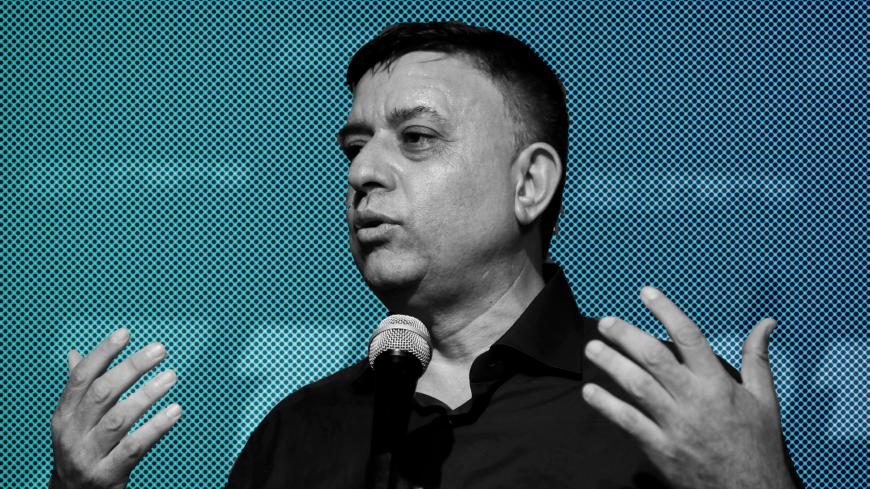 Labor Party Chairman Avi Gabbay made some controversial statements in recent days against settlement evacuation and against composing a coalition with the Joint List of predominantly Arab parties. In reaction, critics of Gabbay have dubbed him everything from “a political neophyte” to a “Trojan horse” and “a poor man’s Likudnik." What would they say if he succeeds in his bid to oust Prime Minister Benjamin Netanyahu? Would Meretz leader Zehava Gal-On and her friends in the left-wing party not drink a toast? Would supporters of the Arab Hadash Party in Israel’s Arab towns and villages not say “good riddance”? Would the Israeli peace camp not breathe a sigh of relief? To quote an old adage, you don’t argue with success. Gabbay's bitterest foes in the center-left camp would turn into his greatest fans, standing in line to reap the fruit of his labors. They would hail his initiative in veering to the right, applaud his opposition to the nuclear deal with Iran and laud his support for Israel’s withdrawal from UNESCO. When Prime Minister Gabbay saves the peace process from certain death, nongovernmental organization Peace Now will forget his courting of the West Bank settlers and his reflection that he’s “not sure there’s a Palestinian partner” for peace.

What are the prospects of such a scenario materializing? To cite the words of a popular song — "Tomorrow" — by one of Israel’s most lionized lyricists, the late Naomi Shemer, “All of this is not a fable and not a dream / It will happen tomorrow and if not tomorrow, the day after.” Speaking at an Oct. 14 event in the southern city of Beersheba, Gabbay said, "To be able to compose the next government, we need to reach some 27 seats and for [Yesh Atid leader] Yair Lapid to get 11 mandates. If we reach that and in addition the seats of Meretz and Joint List parties, we’ll get a majority-blocking bloc." And who else would he invite to join his bloc? “Anyone we want,” he said, naming the centrist Kulanu Party, the ultra-Orthodox parties, even Netanyahu’s Likud Party.

Surely, even Gabbay himself doesn’t believe he would be crowned prime minister by the likes of Likud hawks Miri Regev, Ze’ev Elkin, Yariv Levin, David Bitan, Tzipi Hotovely and David Amsalem. One can only deduce, then, that Gabbay is hinting at his willingness to share power with the Likud, ultra-Orthodox parties and Kulanu. He would not be the first to do so. Some of his predecessors as leaders of the Labor Party partnered with right-wing governments, even sitting alongside nationalists such as Defense Minister Avigdor Liberman and his Yisrael Beitenu party. Gabbay has ruled out partnership with only one party — the Joint List — saying the Zionist Camp (Labor is the major partner within the Zionist Camp) has nothing in common with this alliance that would enable collaboration in the same government. On the other hand, he failed to mention the divide between the Zionist Camp and the right-wing nationalist camp on the most critical issue — the conflict with the Palestinians. On the contrary.

More so, in a radio interview three days later, on Oct. 17, in which Gabby tried to clarify his positions, his remarks sounded very similar to Netanyahu’s credo. “I believe all of the Land of Israel is ours. After all, God promised Abraham the whole of the Land of Israel.” Gabbay does not recognize the historic affinity of the Palestinians to any part of this land and does not hope to reconcile with them. The word "peace" has disappeared from his vocabulary. “I believe that because there are 4.5 million Arabs here, we have to compromise in order for us to live in a Jewish-majority state and for them to live in their own state," he said.

Gabbay does not recognize the historic affinity of the Palestinians to any part of this land and does not hope to reconcile with them. The word 'peace' has disappeared from his vocabulary.

In his landmark 2009 Bar-Ilan University speech, Netanyahu said Israel has the right to rule every piece of ground trod by the Patriarchs Abraham, Isaac and Jacob, Kings David and Solomon, and Prophets Isaiah and Jeremiah. Netanyahu, too, said he would give up parts of his ancestral land only if there was no other way to get rid of the Palestinians. “The truth is that in the area of our homeland, in the heart of our Jewish homeland, now lives a large population of Palestinians. We do not want to rule over them. We do not want to run their lives. We do not want to force our flag and our culture on them,” he said.

Gabbay might be a political neophyte, but he is no fool. From a conversation with him, Al-Monitor learned that he was not surprised by remarks made by pundits. He had clearly heard before the argument that right-wingers will always prefer the original model — Netanyahu, Liberman or Naftali Bennett — over a "right-wing" Gabbay. Nor was he surprised by his party members rejecting his proposals. He plainly realizes that many of them, probably most of them, will not follow him into a government that resembles the current one.

Gabbay’s strange behavior could stem from his knowing something about efforts underway to revive the regional peace plan formulated in Aqaba, Jordan, in early 2016. This plan was designed to serve as a springboard for his faction, then headed by Isaac Herzog, into the Netanyahu government. A source privy to the semi-official contacts on this plan — including with the Donald Trump administration — expressed optimism this week about prospects of success. May he turn out to be right.

However, if it turns out that Netanyahu is once again setting up the Zionist left for disappointment, Gabbay will have to confront his own statements. He will have his work cut out for him to gain the trust of Israeli Jews and Arabs who believe in coexistence based on equality, support the Palestinians’ right to self-determination and view the settlement enterprise as an obstacle to peace.

To underscore the differences between the values for which he stands and the nationalist, anti-democratic values espoused by Netanyahu and his partners, as well as to capture the hearts and minds of the "soft" right, Gabbay could enlist the support of the founder of modern Zionism, Theodor Herzl. In fact, these days, this phrase from Herzl’s utopian “Altneuland” vision of a Jewish state, “We make no distinctions between one man and another. We do not ask to what race or religion a man belongs. If he is a man that is enough for us,” would not even get him elected to a Likud faction in the periphery.

To repair his ties with the Arab citizens of Israel, Gabbay could refer instead to the words of Revisionist leader Ze’ev Jabotinsky, revered by the political right, in the poem “The East of Jordan”: “From the wealth of our land there shall prosper / The Arab, the Christian and the Jew / For our flag is a pure and just one.” To mend his relationship with the left, and perhaps lure voters of the “soft” right, Gabbay could cite the words written in 1902 by the boss of Netanyahu’s father — Benzion Netanyahu was Jabotinsky’s secretary at the time — in the journal Odesskaya Novosti: “Let no nation oppress the national character of another people." The founder of Revisionist Zionism, whose portrait hangs in the prime minister’s office, stressed that there is no greater absurdity than the assumption that Jews need a state of their own in order to oppress and suffocate another people.

The latest survey by the Tami Steinmetz Center for Peace Research at Tel Aviv University and the Palestinian Center for Policy and Survey Research in Ramallah found that 53% of Israelis — and 52% of Palestinians — prefer the two-state option to the continued oppression and strangulation.