With natural gas flowing to Israel from the bottom of the sea, the energy revolution is happening while the government delays crucial decisions, writes Idan Grinbaum. 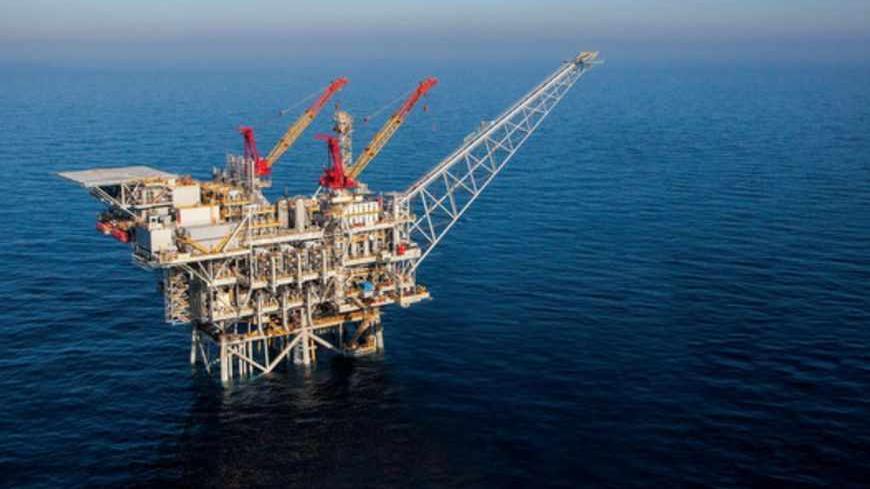 In this handout image provided by Albatross, The Tamar natural-gas drilling platform is seen some 25 kilometers west of the Ashkelon shore on March 28, 2013 in Israel. - Albatross/Getty Images

Last weekend, on March 30, it finally happened. Four years after being discovered, gas from the Tamar field started flowing from the depth of the sea to the terminal on Israel’s shore, and with it, hope for a better economic future for the state of Israel. The prime minister was quick to hail the day. The minister of energy followed suit, as did the party's guest of honor, of course, Yitzhak Tshuva, the man expected to pump billions of dollars into his bank account as the owner of the Tamar drill, together with the Texas-based Noble Energy company and Israel’s Isramco.

One cannot overestimate the importance of the Tamar gas for Israel’s economy. Almost every superlative is appropriate in this case. Thanks to this and other offshore gas reserves, Israel will achieve energy independence for the first time in its history and will no longer have to go begging from other countries. Thanks to the Tamar gas, the price of electricity is expected to decline after skyrocketing over the past two years. The State of Israel will make some $20 billion over the next few years, big money that will be managed in a special fund for the well-being of future generations. The growth of the economy will undoubtedly be impacted by the gas flow. The prevailing forecast predicts that already this year, the economy will grow by an additional 0.8% and starting in 2014 by at least an additional percent annually. It will also affect the foreign-currency market because Israel will have to spend far fewer dollars and Euros to buy energy. The trade balance will improve, and the local currency will appreciate even more in comparison with other currencies.

But along with all the praise and festivities expected in the coming weeks — and it seems there will be no shortage of those, as no self-respecting politician will pass up a photo op with Yitzhak Tshuva against the backdrop of the drilling platform, capped by the flame heralding the gas flow — there is also no shortage of criticism, mainly directed at the Israeli government.

On all matters concerning the discovery of natural gas, the former government had sufficient time to adopt decisions and implement them, but due to a leadership failure they were put off and now await the ministers who just recently took office.

The biggest flaw regarding the natural gas — and there’s no way to describe it other than “flaw” — is the grim fact that all the superlatives and the upcoming celebrations concern one single pipeline. This is the pipeline that reaches Israel’s coast in the vicinity of the city of Ashdod and from there, supplies the gas to all the consumers. All it would take is a mishap or deliberate sabotage of any sort by any of Israel’s not-so-friendly neighbors, and the gas supply could be disrupted for days or even weeks.

Israel has already been there. Until quite recently, it relied almost exclusively on the supply of natural gas from Egypt through the Sinai gas pipeline. One is reminded that this very same pipeline was sabotaged time after time after Egypt's former president Hosni Mubarak was deposed, until the gas supply came to a complete stop. This resulted in damage to the tune of tens of billions of dollars to Israel’s national power company, for which we are still paying and will continue to pay in coming years.

And as if we hadn’t learned a thing from the Egyptian affair, for over two years the government was incapable of making the decision to erect an additional intake terminal for the offshore gas. The director-general of the prime minister’s office himself intervened and tried to move the process forward, but to no avail. At first, the government decided to build the intake terminal on the Dor beach, near Haifa, but scrapped the idea following a campaign by local residents. Another location that was mentioned, near the town of Acre, was ruled out because of opposition from defense authorities, and other locales were disqualified for various reasons. It was only in November 2012 that two spots were chosen for the construction of gas-reception facilities: one in the Heffer Valley and the other at the Hagit power station near the town of Yokne’am, but in both cases, residents are in the throes of public and legal battles likely to go as high as the Supreme Court. In any case, not a single tractor has moved and not one marker has been positioned. No one knows when, if ever, the additional terminal will be built.

Another issue requiring a speedy government decision has to do with future gas discoveries. As we know, several months after the gas discovery at Tamar, another was made at Leviathan. In that case, the entrepreneurs, headed by Yitzhak Tshuva, have already asked for government approval to export gas from the field, based on the understanding that if they did not export, they would not be able to come up with the tremendous funding required to develop the reservoir. In that case, too, the government is dragging its feet. In October 2011, a special committee headed by the director-general of the ministry of energy was named to study the issue. The committee only finished its deliberations at the end of August 2012, and nothing has been done with its findings to date.

The question of gas exports raises quite a few strategic issues that will impact Israel’s future, issues that the previous government did not wish to address and that the new government hasn’t had time to. Take, for example, the issue of Russian involvement in local gas production. Russia is currently considered the main European gas supplier, which provides it with great political sway. This power might be undermined if Israel and other partners build their own pipeline to pump gas to the continent. The Gazprom company has already signed an agreement to buy gas from Tamar, and it intends to turn it into liquid and transport on ships. As far as the Russians are concerned, this is just an opening for closer cooperation — unless the Israeli government nips it in the bud.

Another central issue concerning future gas exports is linked to the pipeline that is supposed to be constructed to conduct the gas to Europe. Israel and Cyprus already cooperate extensively in the area of gas production, with Noble Energy and Yitzhak Tshuva being the owners of some of the neighboring island’s potential gas discoveries. Israeli-Cypriot cooperation means exporting gas through a pipeline in Greece, an ally of Cyprus. But another issue to be considered is the renewed alliance with Turkey, which wants the pipeline to Europe to pass through its territory. Officials involved in contacts with Turkey say that the issue of the gas pipeline has been on the back burner of the discussions over a compromise between the two countries all along.

In short, those responsible for Israel’s foreign policy are facing a lot of headaches. And in order to complicate matters even further, let us remember that there are many opponents to the very idea of exporting gas, in government and elsewhere (such as former energy minister Uzi Landau). They contend that Israel should actually keep all its gas to itself so that it can last for 100 years, not just 25 or 30.

All these issues need to be raised in order to put them before the public for an in-depth discussion, and the government needs to dispel the cloud of uncertainty hanging over the future of Israel’s developing gas industry. But on the issue of natural gas, as with others, we see that while investors and the business sector move with speed and determination, the government drags its feet and has trouble making decisions — and even once it decides, it has trouble carrying them out.

The price, as always, will be paid by each and every one of us.

Idan Grinbaum is a senior economy editor and a leading financial correspondent with a vast experience in the Israeli media arena. Today, he is the editor and presenter of a daily TV financial magazine called "Sogrim Heshbon" (Closing the Deal).