Major US energy deal could shake up Israeli gas fields

Chevron acquisition of the American company Noble Energy could affect gas drilling in the Israeli Tamar and Leviathan fields. 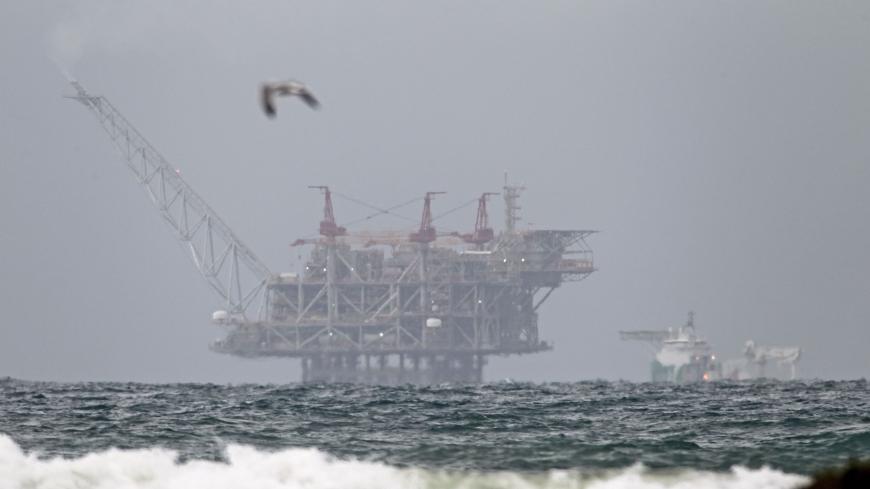 The platform of the Leviathan natural gas field in the Mediterranean Sea is pictured from the Israeli northern coastal city of Dor on Dec. 31, 2019. - JACK GUEZ/AFP via Getty Images

Chevron announced July 20 it would buy the Noble Energy company for about $5 billion. The acquisition marks the biggest American energy deal to be signed since the novel coronavirus crisis crushed global demand for oil.

Noble Energy has a portfolio of assets that include offshore wells in the eastern Mediterranean Sea, including off Israel’s coast, off the west African coast and onshore in the United States. Naturally, from Jerusalem’s point of view, the deal could have far-reaching repercussions on the country’s own energy market and its aspirations of becoming a global energy player. In its press release announcing the acquisition, Chevron stated, "Noble Energy brings low-capital, cash-generating offshore assets in Israel, strengthening Chevron’s position in the Eastern Mediterranean."

Noble Energy has stakes in both Israel’s mammoth gas fields Tamar and Leviathan. It was Noble Energy that discovered Tamar in 2009 and Leviathan in 2010. In 2013, the company started producing gas in the Tamar field, and in December 2019, the company started production of natural gas from Leviathan, the firm’s largest discovery to date. Tamar holds some 10 trillion cubic feet of natural gas, about half of the amount in Leviathan. Noble also has a stake in Israel's offshore Dalit field.

Israel’s Energy Minister Yuval Steinitz — who has been spearheading Israeli gas drilling initiatives, including the East-Med project for a natural gas undersea pipeline — reacted enthusiastically to the news. Welcoming the deal, Steinitz wrote, “The acquisition of Noble Energy by the energy giant Chevron is a tremendous expression of confidence in the Israeli energy economy, and in the continued development and export of natural gas from the State of Israel." Steinitz added that his ministry will examine the request for the transfer of ownership to the fields once it is submitted, as Israeli law requires the approval of the country’s petroleum council for such a move.

Experts note that in the past, giant energy companies such as Chevron had avoided deals that involved Israel, so as not to provoke their Arab partners. The current deal might indicate a shift in that policy. Israeli economic newspaper Globes quoted Noble chairman and CEO David Stover as saying, "The combination with Chevron is a compelling opportunity to join an admired global, diversified energy leader with a top-tier balance sheet and strong shareholder returns."

Still, some Israeli analysts warn that the deal could push the Israeli energy market into uncertainty, as it could encourage Noble Energy to get out of its holdings in Tamar and Leviathan. The Leviathan field is less likely to be affected, as the company holds 40% of its stocks and considers it as a major asset, but the deal could affect Tamar, where the company holds the minimal number of shares authorized by Israeli authorities for an operator.