Successive Israeli governments have allowed international and Israeli companies to profit unfairly from natural resources that should benefit all Israelis, writes Idan Grinbaum. 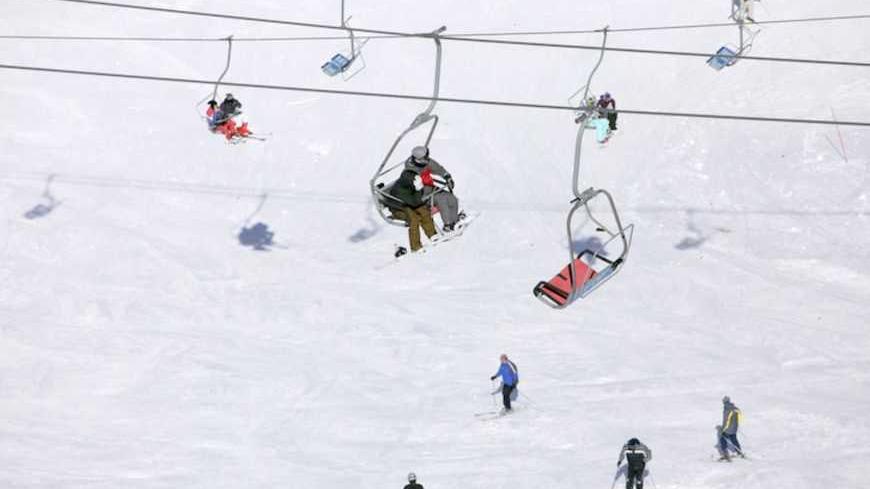 “Hear therefore, O Israel, and observe to do it; that it may be well with thee, and that ye may increase mightily, as the LORD God of thy fathers hath promised thee, in the land that floweth with milk and honey.” — Deut. 6:3, King James Bible, Authorized Version

“A land that floweth with milk and honey” appears more than 20 times in the Bible, the most sacred book of the Jewish people. It means, according to most biblical commentators, that the Land of Israel is overly abundant in all the good things in the world — from fruit to cattle and sheep and everything in between. Alas, jumping to modern times and the State of Israel of the new millennium, one finds that Israeli governments over the years have systematically granted all that good in the land to a handful of close associates for an incredibly low price, if any.

The State of Israel stands accused of outrageously and irresponsibly misusing its natural resources — the commonly owned resources shared equally by all its citizens — depriving all but a privileged few of their inherent right to enjoy the fruit these resources bear. The incompetence and short-sightedness of those who allowed Israeli and international companies to take from Israel’s natural resources can be seen in every area of activity and geographical region explored.

The scope of the taking of these natural resources involves the unique natural ore deposits of the Dead Sea, the mineral water springs strewn across the country (from Ein Gedi in the south to the Golan Heights in the north), to the recreational slopes of Mount Hermon, and the sand along the Mediterranean coast and under the sea. The approach to the natural gas fields deep below the Mediterranean are an exception. In this instance, however, the government initially demonstrated the same lack of skill and forethought typical of its activities involving other natural resources. Luckily, it eventually came to its senses and managed at the last minute to repair the damage done and collect on behalf of the citizens of Israel their share in the natural gas deposits discovered there, estimated to be in the billions of dollars, which is expected to flow into state coffers in the coming years.

Perhaps the most outrageous and, at the same time, most lucrative case in point, is the ongoing failure of the government to deal with Dead Sea Works. For many years, the company's plants paid royalties at an exceptionally low rate of 5% for the Dead Sea potash they mined. This structure, combined with the ultra-low tax rate on their high revenues, a sharp increase in the demand for potash on the global market and soaring prices, have turned Dead Sea Works into a cash cow for its owners, the Ofer family, who receive dividends amounting to hundreds of millions of dollars. Following a public outcry, and taking advantage of the expiration of the agreement between the Dead Sea Works and the government, the state increased royalties on Dead Sea mineral mining and raised related tax rates. However, both the royalty and tax rates remain rather low, provoking widespread criticism.

While special taxes are levied on the Dead Sea Works, the mineral water companies operating in Israel pay much less than Israeli citizens for the water they draw. In fact, they pay less and earn more. The various water companies pay about NIS 0.06 (roughly 1.8 cents) per liter of water they pump from the ground, and they sell that same liter for NIS 1.5 to NIS 10 (about $ 0.40 to $2.70) and sometimes even more. A simple calculation shows that the price the mineral water companies charge consumers is 300 times higher than the cost they themselves pay for the water. The profit they make is correspondingly astronomical.

What of the royalties paid by Eden Springs or any of the other mineral water companies in which the citizens of Israel should be entitled to since the locally pumped mineral spring water is also theirs? Outrageous as it may be, mineral water companies pay no royalties whatsoever. Looking through the financial statements of Eden Springs for a reference to the share of Israeli citizens in the mineral spring water pumped by the company, all one finds is the following sentence: “The fees paid by Eden Springs to Mekorot [Israel’s national water company] for the pumped water do not constitute a significant amount of the company’s activity in Israel.” And there you have it. The absurdity of it all in a nutshell.

Another natural resource, sand is quickly being depleted owing to the massive construction along Israel’s coastline and adjacent areas. Here again, the state has given up revenues that belong by right to the public at large. The royalties on sand mining owed to the state under franchise agreements amount to a mere 2%. While such a low rate may somehow be justified in the context of the campaign for the reduction of housing prices, it should be noted that sand mining from the sea for the planned new ports in Ashdod and Haifa is exempt from royalties of any kind. And since these ports are to be run by a private franchisee, the tax benefits granted by the state in this case are actually a gift worth tens of millions of shekels (or tens of millions dollars) given at the expense of the public. According to a calculation made by the Ministry of Environmental Protection, no less than 13 million cubic meters of sand, worth some NIS 300 million (about $81.5 million) will be required for the construction of each port.

As far as the citizens of Israel are concerned, the most scandalous case of conceding what is rightfully theirs concerns the northernmost point in the country, Mount Hermon, which has the only ski resort in Israel. The part of the mountain captured from Syria in the 1967 War was handed over for a nominal leasing fee by the state of Israel to members of the neighboring communal settlement of Neve Ativ, numbering a mere 35 families. The latter have turned the area into a booming tourist site. It may be noted in passing that in the last 15 years, the token lease fee has not been paid.

Yet, every Israeli citizen wishing to visit Mount Hermon just to watch the snow fall has to part with an inordinately steep sum of money. For instance, a family with two children was charged no less than NIS 82 (roughly $22.50) as an entry fee during the last winter season. For a cable car ride, another NIS 172 (just over $47) was added to the bill, and if the family fancied skiing down the slopes of the snowy mountain, the pleasure would have cost it several hundred shekels more. It should be borne in mind that as with any other natural resource, the snow on Mount Hermon is the common property of all the citizens of Israel. Alas, this natural resource too has been appropriated by a single privileged group, and all attempts to reclaim ownership on behalf of its rightful owners have thus far come to naught.

As in many other spheres in life, the efforts to take back public property held by a chosen few who have gained possession of it, or at least collect an adequate fee for its use, call for courageous leadership that refuses to shy away from confronting mighty tycoons and pressure groups. In its struggle against the entrepreneurs who discovered natural gas fields in the Mediterranean, the Israeli government demonstrated its ability to effectively conduct campaigns of this kind. It is up to the incoming government to carry on the struggle to its successful conclusion on behalf of us all, the citizens of the state.

Idan Grinbaum is the editor and presenter of the daily TV financial magazine Sogrim Heshbon (Closing the Deal).