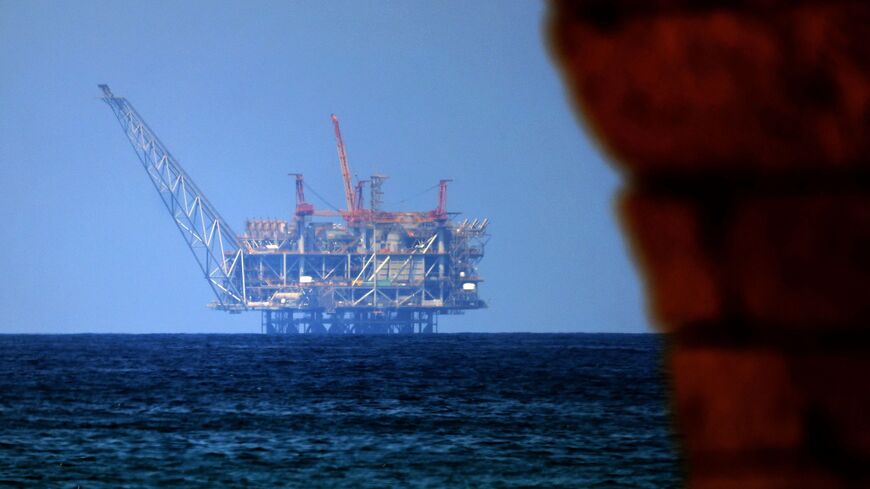 A platform of the Leviathan natural gas field in the Mediterranean Sea is pictured from the Israeli northern coastal town of Caesarea, on Aug. 29, 2022. - JACK GUEZ/AFP via Getty Images

It may be four years later than originally anticipated, but the State of Israel’s Wealth Fund has finally begun to collect income from the sale of natural gas.

According to the Israeli Tax Authorities, by late August the fund had accumulated 1.88 billion shekels ($540 million). Taking into account proceeds due this year but not yet collected, the total sum should amount to 3.84 billion shekels ($1.11 billion).

According to figures recently released by the Ministry of Energy, residuals from natural gas, mineral resources, and service fees jumped by about 50% in the first half of 2022, amounting to some 829 million shekels ($240 million). This increase is the result of record production of natural gas from the Leviathan and Tamar gas fields in the first half of the year, as well as a rise in the exchange rate. Based on data released by the Finance Ministry last week, some 700 million shekels ($202 million) went into the wealth fund as a result of gas profits in August alone.

The Wealth Fund was created in 2014 as a response to public criticism that the gas companies earned too much and paid too little in taxes. The fund was to become operational once it had at least 1 billion shekels, a mark which was reached last June. The fund’s earnings are intended to be invested in social, economic and educational projects.

In 2013, the Bank of Israel predicted that there would be as much as 14.2 billion shekels ($4.1 billion) in the fund by 2022. Furthermore, the bank predicted that the fund could commence operations in 2018. In other words, as of now, the fund has accumulated approximately only 10% of its original forecasts.

There are several reasons. The first is the state rule that some of the gas extracted in Israel must be sold to Israeli consumers. Since domestic gas has no transport costs and Israel is not suffering from an energy crisis, gas that is not sold to Europe brings a lower price.

Another reason is because of gas companies' ongoing disputes with the Tax Authority. A current unresolved case concerns whether the companies must make public their claims for paying less. However, as a result of a law passed in November 2021, the Tax Authority now collects the assessments it sets for the companies, even if there is a dispute over the amount. The government will then return the money only if the dispute is decided in favor of the companies.

The Tax Authority expects to collect $300-390 million for the fund next year, and between $9.9 and $12.1 billion from taxes on natural resources in the next decade. This is in addition to the regular taxes on profits earned by the companies from the sale of natural gas.

Like other exporters of gas and petroleum, Israel hopes that with wise investments, its wealth fund can be used to advance the education and welfare of Israelis in the future. The chairman of the fund’s investment committee, Yarom Ariav, said during a June 14 discussion in the Knesset that in order to avoid the “Dutch disease” (an increase in economic development of a certain sector at the expense of other sectors) and to make sure that there is money for future generations, investments will be for no less than 40 years, in order to maximize returns.

A second decision made by the investment committee, explained Ariav, is that investments will be made overseas in a mix of foreign currencies. Ariav said there will be no direct investments in gas, petroleum or other fossil fuels, for both economic and ethical reasons.

In an earlier debate in the Knesset, Adi Brander of the Bank of Israel’s Research Division attempted to explain the gap between original expectations and the actual amount collected. According to him, additional investment by the corporations in gas fields were recognized as expenses, resulting in lower net revenues — which was also why payments to the Fund were postponed from 2018 to mid-2020.

Furthermore, Brander explained that the Leviathan gas field only commenced operation in late 2020, following several years of a regulatory dispute between government ministries and the gas companies.

Meretz Knesset Member Mossi Raz, who chairs the committee that oversees the Wealth Fund, was so skeptical that when he was first appointed last year, he referred to it as the “Poverty Fund.” As he said, “If the law is not changed, there is no reason to create the fund. The sums are minuscule and of no value.” Raz argued for changing the entire model so that the companies' expenses, income, and tax benefits were fully transparent.

Because of the rise in the cost of gas worldwide, changes to the rate of the dollar, and the high demand for Israeli gas, income is increasing rapidly, and the fund now seems to be justified. The large energy companies that produce the gas are expected to demand an increase in exports to Europe, in keeping with the agreement Israel signed with Egypt and the European Union this past June.

Raising export caps will increase the companies’ profits considerably, due to the high price of gas in Europe. Similarly, it will increase Israel’s income and, of course, the income of the wealth fund.