The natural gas pipeline agreement signed in Cairo mid-February has geostrategic importance that extends far beyond financial benefits to Israel. 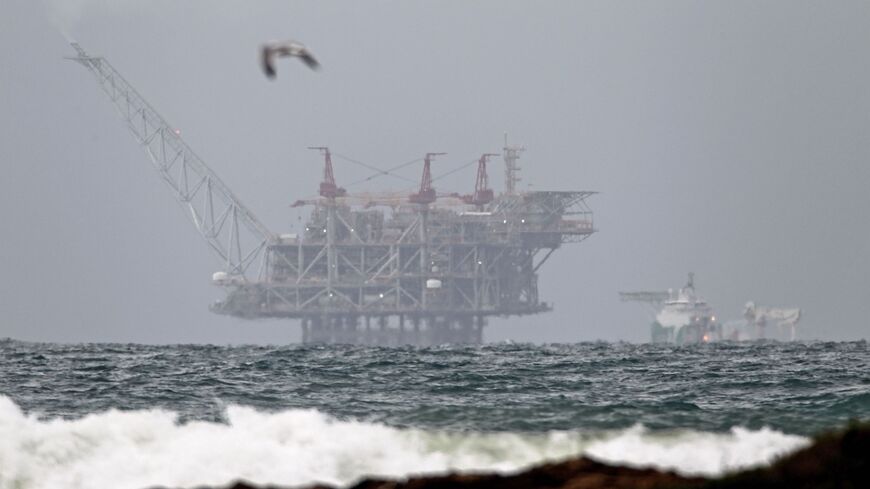 The platform of the Leviathan natural gas field in the Mediterranean Sea is pictured from the Israeli northern coastal city of Dor on the first day of production, Dec. 31, 2019. - JACK GUEZ/AFP via Getty Images

When he arrived at the Regional Energy Conference in Cairo Feb. 14, Egyptian President Abdel Fattah al-Sisi did not sit down in his place. Instead, he went straight to Israel’s Minister of Energy Karin Elharrar, who was sitting in a wheelchair, and thanked her for coming.

Sisi's gesture was more than friendly. Egypt is changing its attitude toward Israel and working to broaden its economic and commercial ties with its neighbor.

One reason for this new approach is the outstanding success of the relationship between Israel and the United Arab Emirates, as evidenced by the many business and financial agreements reached between the two countries since the signing of the Abraham Accords. Israel is extending its ties within the Arab world and Egypt cannot ignore it. Also, there is hope that Jerusalem will help Cairo in its relationship with Washington, which is raising concerns on human rights issues.

Energy is one of the areas where business between Israel and Egypt has flourished over the past decade, with pipelines laid and sales agreements signed and implemented.

This progress has expanded and now includes Jordan as well. The agreement signed at the energy conference in Cairo involved Chevron, which owns almost 40% of the Leviathan gas field and about 25% of the Tamar field, and the Jordanian natural gas pipeline company Fajr, which will carry gas from the two fields to Egypt.

The Arab Gas Pipeline carries gas sold by Israel to the Jordanian gas company under a 2016 deal. It begins at the Sheikh Hussein Bridge over the Jordan River and cuts across the kingdom from north to south, all the way to Aqaba. From there it stretches across the Gulf of Eilat to Egypt. At the signing ceremony were Egypt’s Minister of Petroleum and Mineral Resources Tarek el-Molla, Vice President of Chevron International Clay Neff, general manager of Delek Drilling Yossi Abu, general manager of Chevron Israel Jeff Ewing and Fouad Rashad Abbas, chairman of Fajr.

The agreement is actually the fulfillment of an earlier deal signed in 2018 with Dolphin Energy in Egypt. That agreement set sale targets that could be increased, but the Israeli gas transmission system is overburdened, creating a bottleneck in bringing the gas to the Jordanian pipeline at the Sheikh Hussein Bridge. The pipeline currently operates at half its capacity.

The gas pipeline from Ashkelon to al-Arish now carries 3.5 billion cubic meters per year, putting the total gas sold to Egypt t 5.5 billion cubic meters per year. Dolphin Energy delivers the natural gas to the Egyptian industry and energy markets and also transfers gas to its liquification facilities along the Mediterranean coast, from which it is transported to Europe.

According to the agreement signed in Cairo, 2 billion cubic meters of gas per year will be transferred to Egypt via the pipeline, split between the Leviathan gas field and Tamar.

With the conflict between Russia and Ukraine and European efforts to reduce dependence on Russian gas, the demand for Israeli gas is expected to grow. Israel’s Ministry of Energy predicts that additional natural gas exports will increase income from taxes and royalties by at least 100 million shekels per year. The companies producing the gas have kept the price to Egypt a secret.

The agreement also has geostrategic importance that extends far beyond any financial benefit to Israel. Its approval required the agreement of the three participating governments and indirectly the United Arab Emirates, whose sovereign wealth fund has an interest in the Tamar gas reservoir. Egypt was motivated by its need for natural gas and desire to expand economic ties with Israel. Jordan was expected to be hamstrung by opposition at home to the acquisition of Israeli gas and to the energy-for-water agreement that was recently signed. But the Jordanians, who stand to benefit, expressed no opposition.

Israel is no longer an island in the region. Israeli, Emirati and Jordanian trucks now cross through Jordan and Saudi Arabia, carrying Israeli goods from Israel to the Emirates and back. Water from Israel irrigates Jordanian fields and Israeli gas keeps the lights on in the Hashemite Kingdom and the Egyptian Republic.

With the economic and energy crisis in Lebanon, another possible deal was recently discussed to export gas from Egypt to Lebanon via Jordan and Syria. The two are pragmatically looking to reduce Lebanon’s dependence on oil smuggled to it from Iran. Until now, Hezbollah has been using the energy sector to increase its power and influence in the country.

There has been no official confirmation that such a deal has been reached, but if one is concluded, it will be technically Egypt supplying gas to Lebanon but the product will actually come from Israel in the same Jordanian pipeline used to carry Israeli gas to Egypt.

One of the people involved in the project told Al-Monitor that no one will check if the gas molecules reaching Lebanon are colored blue and white with little Stars of David on them and such concerns will not prevent Lebanon from using Israeli gas to light the Beirut skyline.