US gas and petrol giant Chevron is now the owner of Nobel Energy and the operator of Israel natural gas fields Tamar and Leviathan. 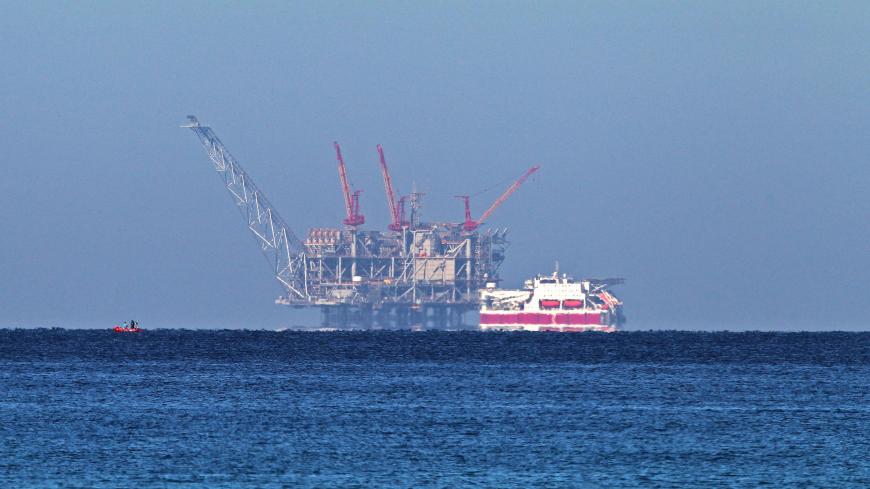 A view of the platform of the Leviathan natural gas field in the Mediterranean Sea is pictured from the northern coastal city of Caesarea, Israel, Dec. 19, 2019. - JACK GUEZ/AFP via Getty Images

Shortly after the announcement, Chevron President of Middle East and North Africa operations Clay Neff contacted Israel's Energy Minister Yuval Steinitz, briefing him that the deal had been finalized.

Steinitz hailed the announcement as tremendous news for Israel’s economy and for its energy industry, saying, "I spoke today with Clay Neff who is responsible for Chevron's operations in the Middle East and he informed me that the merger with Noble Energy had been completed. The entry of an international oil major is huge news for the Israeli economy and opens up opportunities for investment in the high-tech sector and startups in the field of energy."

Noble Energy held 25% of the Tamar field and 40% of Leviathan. These stakes in the Israeli fields were reportedly a key element of the deal with Chevron. According to estimates, the Tamar and Leviathan fields, discovered in 2009 and 2010, respectively, collectively hold some 26 trillion cubic feet of natural gas. Once developed, these fields could satisfy Israel’s internal electricity needs for the next three decades. They could even turn Israel into a regional natural gas exporter.

A report published at the end of August revealed that in the first half of 2020 Israel gained in royalties paid by companies extracting natural resources about 480 million Israeli shekels ($141 million). This constituted an increase of almost 13% compared to the same period last year. Almost all of the royalties came from the natural gas fields Tamar and Leviathan.

Natural gas started flowing from the Tamar field some seven years ago. At the larger Leviathan field, gas started flowing by the end of 2019. Shortly after, in January this year, Israel and Egypt announced the implementation of a $19.5 billion deal to pump natural gas from both fields. Energy ministries in Cairo and in Jerusalem issued a joint statement, qualifying this as “an important development that will serve the economic interests of both sides."

Steinitz expressed in recent months his backing of the Chevron-Nobel Energy deal. On Sept. 15, he noted, “I see Chevron’s entry into the country as a huge expression of confidence in our energy economy, and another step in transforming Israel into an energy power."