With a projected increase in output, Israel will have the opportunity to boost exports to Europe. 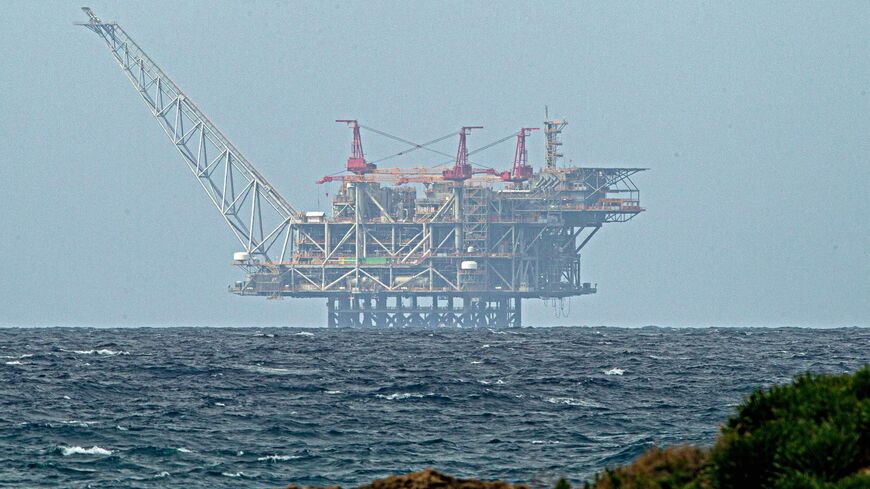 The platform of the Leviathan natural gas field in the Mediterranean Sea is pictured from the Israeli northern coastal city of Caesarea, on Feb. 24, 2022. - JACK GUEZ/AFP via Getty Images

Data released recently by the Royalties Department at the Ministry of Energy shows that in the first half of 2022, a significant jump of about 48% was recorded in the total royalties collected from natural gas. Between January and June 2022, royalties reached NIS 824 million (roughly $250 million), compared to about NIS 557 million ($165 million) during the first half of 2021.

This increase comes thanks to record production of natural gas from the Leviathan and Tamar reservoirs, which amounted to 10.85 billion cubic meters (BCM), compared to production of 8.9 BCM in the first half of 2021, an increase of 21.9%; 6.26 BCM have been directed for the domestic market and 4.59 BCM for export. In addition to the production increase, the dollar exchange rate hike has also contributed to a significant increase in Israel's total royalties.

According to the Ministry of Energy, royalties collected from the Leviathan reservoir, Israel's largest natural gas reservoir, amounted to NIS 453 million ($137 million) and production reached 5.62 BCM, a 27.5% jump compared to the same period last year. The volume of exports constituted about 68% of total production from the Leviathan reservoir, while the value of royalties originating from exports constituted 77.4% of the total royalties.

The growing activity is well reflected in the latest results for the quarter ending in June, reported by NewMed Energy (formerly known as Delek Drillings), which holds 45.34% of the Leviathan reservoir. According to the company, exports to Egypt and Jordan continue to constitute the main growth engine. The net revenues (minus royalties paid to the state) from the sale of natural gas in the second quarter jumped by about 32% and amounted to $249 million, compared to $189 million in the corresponding quarter last year. Net revenues in the first half of 2022 reached approximately $460 million, compared to $373 million in the corresponding period last year, an increase of 23%.

Meanwhile, production from the Tamar reservoir, located 90 kilometers west of Haifa, amounted in the first half of 2022 to 5.23 BCM with total royalties collected reaching NIS 366 million ($111 million), an 85% leap compared to the figure recorded in the same period last year. The increase in revenues was mainly due to a significant increase of 53.8% in production quantities.

One of the main controversial issues surrounding the Israeli gas sector after the discovery of the reservoir was the value of taxes that will be collected by the state from the producers. After in-depth discussions, the taxation on the gas sector was divided into three layers: income tax on owners of the reservoirs, royalties, and an additional special tax on oil and gas.

All in all, the total revenue from royalties from the natural gas reservoirs collected by the Ministry of Energy came to NIS 9.8 billion (nearly $3 billion) from 2004 to June 30, 2022.

In fact, Amir Foster, executive director of the Israeli Natural Gas Trade Association, asserted that Israel's revenues from natural gas are much higher. Speaking to Al-Monitor, he estimated that to date, NIS 17 billion ($5 billion) has entered the state coffers from all three types of tax. According to Foster, the future is also promising. “Depending on gas prices, my estimate is that within five years the state's revenues from gas will reach a value of between NIS 700 million and NIS 800 million ($207-237 million) per month.”

The Royalty Department's expectation is for a further significant increase in royalty income amid plans to expand production and growing global demand. This prediction is also supported by comments made by a senior analyst from Bond Israel, a popular Telegram channel destined for investors in the Israel Stock Exchange. The analyst who preferred not to be named told Al-Monitor that Israel is a regional powerhouse of energy that supplies natural gas to Jordan, Egypt and, in the future, probably also to Lebanon via Egypt and Jordan.

Looking ahead, he predicted Israel is on the verge of a “dramatic leap forward.” In the next six months, he asserted, a decision will be made regarding the development of phase B in Leviathan while Tamar is also expected to expand production. In addition, production is set to begin in the Karish field within a month, despite Hezbollah's threats.

According to Foster, increasing production from Leviathan is a viable option. The reservoir was built in a modular way, with the first stage designed to produce 12 BCM per year, and in the next stage, production can be increased to 21-22 BCM, which could increase exports, he explained.

The Bond Israel analyst is assured concerning the stability of the Israeli gas sector, mentioning that Israel has significant reserves of 1000 BCM with 540 BCM directed to the Israeli market. With an annual consumption of 12 BCM, the gas market is guaranteed for many years to come, he stressed.

With the projected increase in output, Israel will have the opportunity to boost exports to Europe. Before the crisis in Ukraine, Russia supplied Europe with 140 BCM per annum, and within a few years, the Bond Israel analyst expects Israel will be able to supply about 10% of the continent's gas consumption.