Most of the disagreement points between Israel and Cyprus over the joint Aphrodite-Yishai natural gas reservoir have been resolved, and an agreement is apparently imminent. 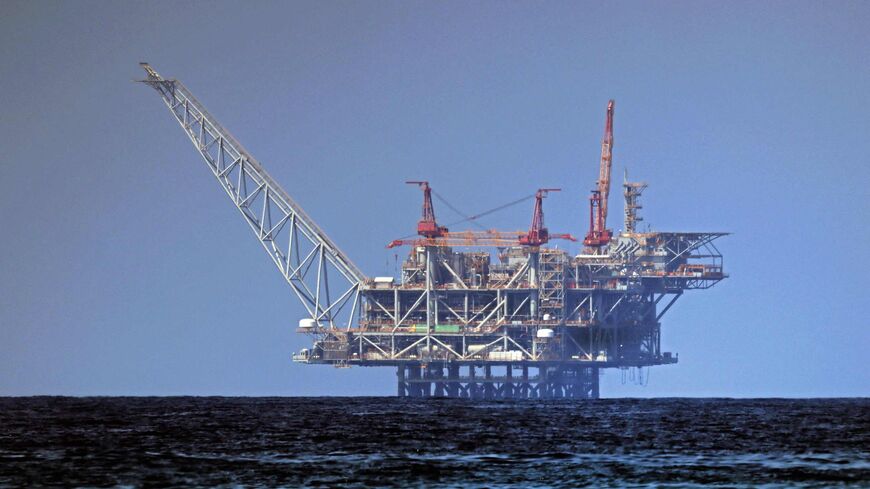 A view of the platform of the Leviathan natural gas field in the Mediterranean Sea is pictured from the Israeli northern coastal beach of Nasholim, on Aug. 29, 2022. - JACK GUEZ/AFP via Getty Images

Israel is trying to promote the development of its own and its neighbors' gas fields, in light of the European energy shortage. It plans to sell natural gas from its reservoirs in the Eastern Mediterranean to the European countries disengaging from Russian gas supplies.

That being said, Israel is engaged in two international disputes over the development of its Mediterranean gas fields.

The dispute with Lebanon centers on the demarcation of the two states’ economic waters. US special envoy Amos Hochstein, who has been mediating between the sides, is expected to present a draft agreement to both governments ahead of a hoped-for signing within weeks. Reports suggest advancement was made on the margins of the UN General Assembly meeting in New York.

The second is a dispute over the development of the Aphrodite-Yishai joint reservoir, most of which is located in the economic waters of Cyprus and a small part in Israeli territory. After being stalled for nearly a decade, significant progress has been made recently on resolving this controversy. In fact, following Sept. 19 discussions in Cyprus between Israel's Energy Minister Karine Elharar and her Cypriot counterpart Natasha Pilides, the two sides announced that they had agreed on most outstanding issues.

An Israeli diplomatic source told Al-Monitor that the emerging arrangement would include the sale of Israel’s concession to its part of the reservoir to companies that hold the franchise on the Cypriot side, although the amount of compensation has not been determined.

Under this arrangement, Israel would agree to the demand of the Cypriot side’s companies to acquire all the rights to the field. The companies on the Israeli side had demanded the joint development of the field but were turned down.

To settle the issue of compensation, the two ministers and their teams agreed to appoint an international expert to determine the exact details of the arrangement between the franchise holders on both sides. This arbitrator is supposed to further determine whether the State of Israel will receive (one-time) financial compensation and completely waive its rights to the field, or will earn (regularly) royalties and taxes from the production once it begins.

The gas field, the Cypriot portion of which is known as Aphrodite and the Israeli part known as Yishai, is estimated to hold 130 billion cubic meters (bcm) of natural gas. Discovered in 2010, most of it lies within Cyprus’ territorial waters and is licensed to Chevron, Britain's Shell and Israeli partners. About 7% to 9% are located within Israel’s territorial waters and held by a partnership of three Israeli companies: Israel Opportunity Company, Eden Energy and Nammax.

Between 2012 and 2019, unproductive negotiations were held between Israel and Cyprus to resolve the dispute between the Cypriot desire to acquire the rights of the Israeli companies and the Israeli group’s wishes to remain a partner in the field, even if a minor one.

After the concession holders failed to reach an agreement, Elharar informed both the Israeli and Cypriot concession holders in February 2022 that she was giving them a month to resolve their differences and agree on the payment of compensation to the Israeli side of the reservoir against a full waiver of its rights and assets. She warned that unless the companies settled their dispute, the two governments would take back the negotiation reins.

In the meantime, the Cypriot concession holder New Med Energy announced plans to begin development of the field in early 2023 and even specified the investment amounts: $200 million. These announcements aroused concern on the Israeli side. New Med Energy also announced that it intends to transfer a drilling rig from its Leviathan gas field in Israeli waters to the Aphrodite field. The threatened unilateral move, along with the growing European gas shortages, appear to have accelerated negotiations between the two governments, leading to Elharar's trip to Cyprus.

“In light of the global energy crisis and the growing need for natural gas in Europe, I believe it is in our best interest that both parties should expedite a swift, transparent and fair settlement,” Elharar said at a joint Sept. 19 news conference in Nicosia with her Cypriot counterpart, adding that “the trust between us and the continuation of fruitful cooperation in the various fields are very important for both parties.”

Pilides agreed. "Cyprus and Israel share the common vision of fully exploiting the potential of the natural gas reserves of the Eastern Mediterranean, thus diversifying the sources and routes of energy to Europe," said Pilides.

“In this context, significant progress has been made in the discussions between the ministries of energy toward a beneficial solution to the issue of Aphrodite-Yishai, both in relation to the relevant agreement and in relation to the expert appointed by the two countries. These discussions are expected to continue consistently in the coming weeks," she added.

In June, the European Union and Israel signed an agreement with Egypt to promote gas exports from the Eastern Mediterranean to Europe. The agreement was signed in Cairo with the participation of the energy ministers of Israel and Egypt as well as President of the EU Commission Ursula von der Leyen. The agreement stipulates that its implementation will be subject to maintaining Israel's energy security — meaning precedence will be given to supplying gas to the local economy.

The existing Leviathan, Tamar and Karish-Tanin gas fields allow exports in the amount of up to 10 bcm annually, but Israel seeks to accelerate the development of additional fields in order to increase exports, royalties and taxes.

There is opposition to increasing exports in Israel, but according to work prepared by gas expert Gina Cohen for the EU and Israel, Israel and Cyprus together can supply 15 bcm of gas a year to Europe, after opening the existing and new fields, thereby also supplying their needs and the needs of the region, for 25 years. The impending agreement on the development of Aphrodite brings this possibility closer.