As Iraq’s major political blocs count their gains and losses in the recently held provincial elections, Mustafa al-Kadhimi looks forward to what the future holds for politics in Iraq. 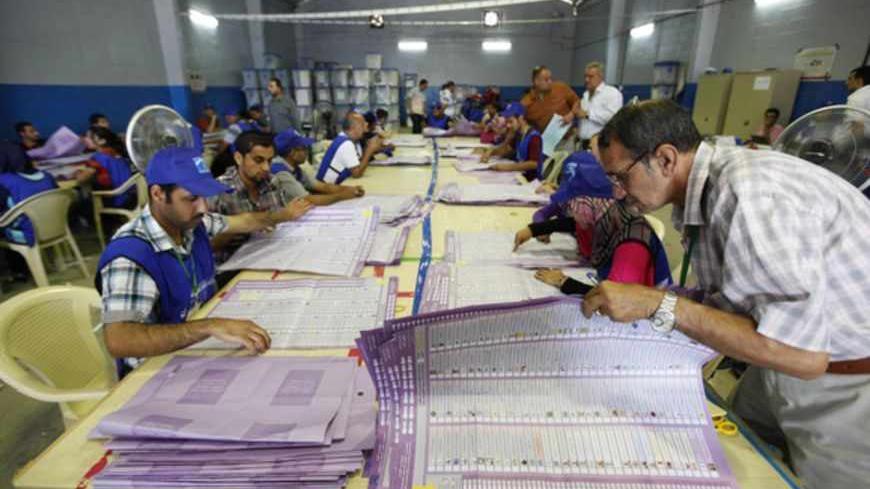 The results of the local elections in Iraq are not the end of the road. The bigger test facing the Iraqi political forces will come after the emergence of the local results and the discovery of the changes that have taken place on the political map and which indicate larger variables to come.

Regardless of the reasons behind the change in the political map — be it in the popular position of the main political forces or in the electoral law — the fact remains that not only have the results of the recent local elections in Iraq reduced the space occupied by the parties that led local governments in Iraqi cities for years, but they also introduced to the political game a considerable set of new forces and independent figures. These figures would not have stood a chance of competing with major forces had it not been for the amendment of the electoral law.

The separation point in the new electoral law came through the adoption of the "Saint Lego" method for the calculation of votes. The extra votes went this time to the strongest candidate after they were previously counted in favor of the strongest bloc.

This great variable has put the main ruling forces in Iraqi cities in an embarrassing position. For the Shiite parties, chief among these are the State of Law coalition, led by Prime Minister Nouri al-Maliki; al-Ahrar, led by cleric Muqtada al-Sadr and Al-Mowaten, led by cleric Ammar al-Hakim. At the Sunni level, there are the al-Mutahidoun bloc led by Speaker of Parliament Osama al-Nujaifi, the Iraqi-Arab bloc, led by Saleh al-Mutlaq and the Iraqiya bloc led by the secular Ayad Allawi.

The reason behind the embarrassment is that the game is no longer limited to those forces. In fact, about one third of the seats in the cities that held elections were won by small parties, each of which won a seat or two, and those forces will have an influential say, and will possibly turn into a touchstone in determining future alliances.

This will be clear at the level of local governments. Its indications, however, will be exciting at the national level, as the experience of the recent elections suggest that the general elections scheduled to take place early 2014 will not produce three major powers, namely Sunnis, Shiites and Kurds.

The Iraqi parliament could turn into a gathering of dozens of different parties and figures with divergent ideas.

The reason why this is possible is that the electoral law that was applied in the local elections will be also applied in the general elections, which will be held by dividing Iraq into 18 electoral districts, using a semi-open list system, and the Saint Lego Method in calculating the surplus votes.

The question, of which one must think starting from today, is: If the tripartite division of the Iraqi forces has failed to reach a national consensus so far, would dividing the parliamentary map into approximately 30 to 40 political parties and forces succeed in doing so?

Although the answer is confusing, it prompts the traditional forces to reconsider their calculations at the same time. Any political forces’ dream to win a quarter of the seats in parliament will not be possible in the next election compared to the local election results. This requires one to restructure the ideas, tendencies and bases.

The major forces were probably not satisfied with the local election results.  They might recognize that the next [election] will be worse for them and it will be harder to achieve a minimum consensus. This belief acts as an incentive for these parties to reconsider their calculations, and settle the major problems in Iraq, prior to the next elections.