Are Cross-Sectarian Alliances Possible in Iraq?

Following months of escalating sectarian tension across Iraq, both popular and political, some are beginning to explore the viability of forging political alliances that transcend sectarian divisions. 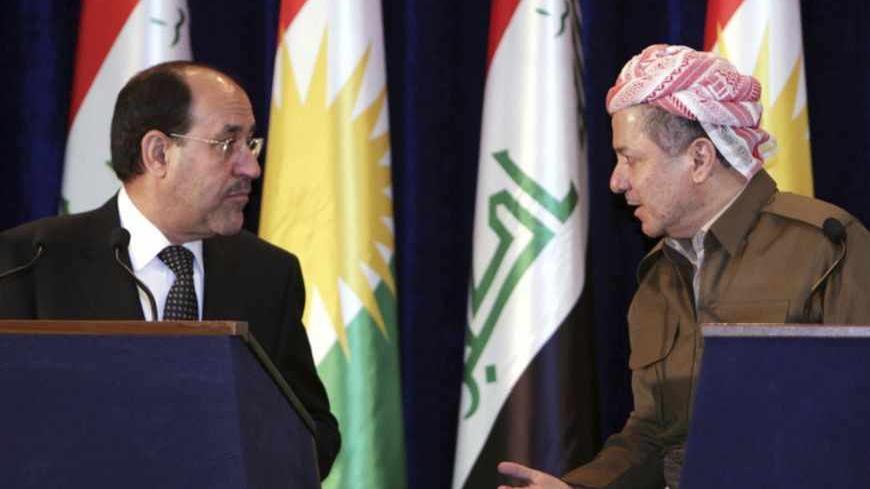 Joyful news does not always come out of Iraq. The news that Sunni and Shiite political parties seek to announce a single cross-sectarian bloc to run in the upcoming elections should be “joyful.”

Yet, there are a lot of profound questions regarding this step, its seriousness, and whether or not it is actually designed to move a country torn by conflicts and sectarian differences into a new phase.

Regardless of the parties that seek to adopt this step; according to the media the parties include the Shiite State of Law Coalition, led by Prime Minister Nouri al-Maliki, and the Sunni Iraqiya al-Arabiya, led by Deputy Prime Minister Saleh al-Mutlaq.

One can recall the experience of Iyad Allawi (Shiite), leader of the Iraqiya List, who moved between several alliances looking for a cross-sectarian bloc. His list ended up with being regarded as the representative of Sunni Iraqis, and it was even practically fragmented to explicitly represent the Sunnis in the Mutahidoun United Coalition led by Parliament Speaker Osama al-Nujaifi.

Basically, the parties that previously attempted to rise above sectarian considerations in Iraq, and parties that are currently seeking to make a new attempt, are all part of the sectarian problem in Iraq. Their current and previous alliances and differences have led to more sectarian tension in a country that is buckling under the weight of historical and social ambiguities. The Iraqi political elite has helped exacerbate these ambiguities since they took on the challenge of leading Iraq in 2003, and did not succeed in addressing, doing away with and forgetting them, as everyone had hoped with the end of the dictatorial regime which governed Iraq for more than three decades and exploited the circumstances in order to deepen social divides.

The attempts to set the stage for a new phase in Iraq, as the 2014 general elections approach, recalls the attempts that took place in the 2010 elections.

Following the first electoral experience in late 2005, the political elites found that expressing themselves through traditional Islamic entities was no longer consistent with the proclivities of Iraqi citizens. In 2010, they presented themselves as civil movements, while they have moved within the circle of the same social group. Most likely, the same parties are trying today to interpret the mood of the Iraqi public opinion again, and cope with its demands to put an end to the growing sectarian climate. After the next elections, the same forces will probably separate themselves from each other, and announce sectarian formations that are similar to the experience of the Iraqiya List.

Yet, big experiences cannot be established as electoral reactions. Talk about a trans-sectarian bloc in Iraq should be linked to a vision that does not adopt agreements from the top, made between political leaders. Rather, they must follow genuine, effective and permanent integration between popular bases themselves.

Iraq's political experience over the past 10 years did not indicate that there was an integration of popular bases, visions, ideas and parties’ programs at any phase of political alliances. This facilitated the separations of allies at every phase, as the environment that contributed to this alliance was changing.

This does not mean discouraging leaks that are trying to talk about cross-sectarian alliances in Iraq. However, it is necessary to talk about not involving the Iraqi public in repeated uncalculated political adventures that are not based on deep and permanent foundations.

Laying genuine foundations for the future of an ethnically and religiously diverse country such as Iraq guarantees real and profound justice that includes everyone without exception. The idea of cross-sectarian ​​alliances should be based on the idea of ​​justice itself, not on the changing political circumstances that may at be times interpreted as attempts to reduce ​​social justice.