Clashes have broken out between the Kurdish People’s Defense Units and the Syrian government in Qamishli, in northern Syria, writes Wladimir van Wilgenburg. 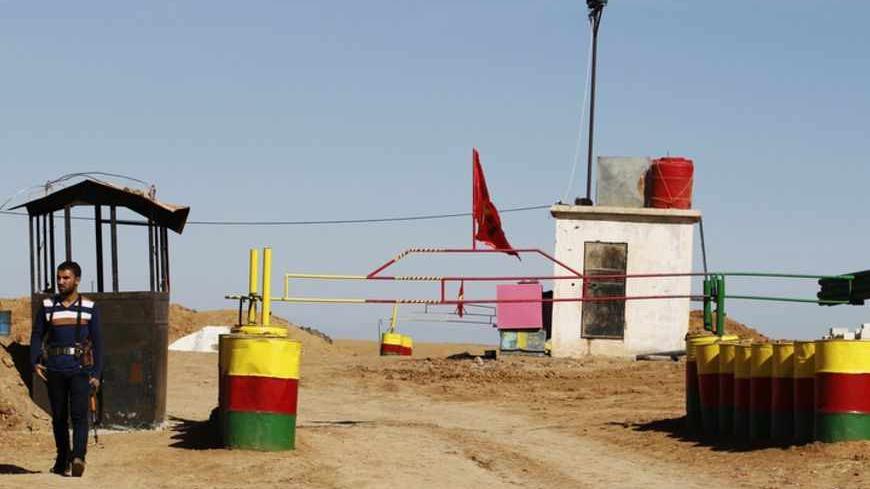 Clashes erupted on April 4 between the Kurdish People’s Defense Units (YPG) and Syrian government forces in Qamishli, the unofficial capital of the Kurdish-dominated areas of northern Syria. They were the first such clashes in that city, still under the control of the Bashar al-Assad regime, in Hasakah province.

According to the UK-based Syrian Observatory for Human Rights, three members of the YPG were killed after government forces attacked a “YPG checkpoint by the al-Basil roundabout by the Qamishli airport highway.” A while later, at least three members of the Syrian security services were killed and seven captured when YPG militiamen attacked two checkpoints at entrances to Qamishli. The violence complicates an already chaotic situation in Syria’s Kurdish regions.

The Observatory also reported, “It is worth mentioning that this is the first attack by Syrian regular forces on a YPG checkpoint in Hasakah province. The YPG is in control of most of the Syrian Kurdish cities and towns of Hasakah and Aleppo provinces. The YPG has attacked a regular forces checkpoint in the Sheikh Maqsoud neighbourhood of Aleppo, leading to the death of seven regular forces.”

Zuhat Kobani, representative in Europe of the Democratic Union Party (PYD), with which the YPG is affiliated, told Al-Monitor, “Today clashes erupted between the forces of YPG and forces of the regime on the airport road. The dead and the wounded are not clear yet. According to the initial news, two YPG fighters were killed, but there are no accurate figures yet because all of them have been taken to the hospital.” Avend Kurdistani, an activist with the Kurdish Youth Movement (TCK), informed Al-Monitor that seven Syrian soldiers allegedly had been killed in the clash in Qamishli.

Video of the funeral for killed YPG fighters

Barzan Iso, a Syrian Kurdish journalist based in Turkey, told Al-Monitor that Qamishli is the only city in the Kurdish area under regime control. He said Syrian Kurds now fear that the regime will bomb the city, as it did Aleppo. “But if the regime starts bombing from the air, they will lose control of the region east of the Euphrates, which is a great risk for them,” Iso said. He added, “The YPG tries to be more careful in this case. They are still studying their choices and don’t know their exact strategy.”

The PYD-affiliated Social Democratic Movement condemned the attack, adding, “These attacks show that the Syrian regime has not abandoned its policy of denying the Kurds their rights.”

The clashes have led to speculation that the YPG might abandon its policy of neutrality in the Syrian conflict. They also intensified rumors that tensions between the regime and the PYD are the result of the peace talks under way between the Turkish government of Prime Minister Recep Tayyip Erdogan and the Kurdistan Workers Party (PKK), which has fought the Turks since the early 1980s. The YPG is affiliated with the PYD, which is viewed as the Syrian branch of the PKK.

Kurdistani told Al-Monitor that the talks could indeed be related. He noted that until the April 4 attacks, “The regime never clashed with the PYD in the Kurdish-majority areas in Syria. There were only clashes between the PYD and the FSA [Free Syrian Army] and the Baath regime in the Kurdish neighborhoods of Aleppo.”

The YPG and PYD have often been accused by their rivals of supporting the Assad regime despite having engaged in clashes with Syrian security forces in the past. The YPG has also fought against the FSA. After armed confrontations earlier in the year, the FSA and PYD allegedly signed an agreement  on Feb. 17 to end the fighting between them and to coordinate their actions. This improved relations between the PYD and the Syrian opposition.

PYD officials deny that there is an agreement between the FSA and PYD as a result of the PKK-Turkey talks. “There is nothing like that,” Alan Semo, a PYD spokesperson based in the United Kingdom, told Al-Monitor by phone. Regarding the PYD and government clashes, he asserted, “It is not related to the peace process in Turkey.”

The government attack on the YPG in Qamishli follows fighting between the YPG and security forces in Aleppo. On 29 March, the FSA attacked the pro-regime Almardlly family in the eastern part of the Kurdish-dominated Sheikh Maqsoud area, on Almardla Street, near Bustan al-Basha.

According to Semo, the FSA conveyed to the YPG that they would attack a Shabihah-dominated area in eastern Sheikh Maqsoud. The YPG did not support the FSA operation, but after the FSA attack, the regime nonetheless bombed YPG-controlled areas, leading hundreds of Kurds to flee to Efrin and Kobani, north of Aleppo.

Kobani also asserted, “Regime forces have attempted to capture these areas via Kurdish areas and in doing so have encountered the YPG, which have resisted and denied them entrance, thus regime forces have answered [with] heavy artillery. Because of this, rumors have surfaced of alleged cooperation between the FSA and YPG; these rumors are, however, false.”

In retaliation for the regime bombing, the YPG killed 15 soldiers in Aleppo and destroyed a tank on April 4, PYD officials told Al-Monitor. In the past few days, increasing numbers of Kurds have been arrested in the city center of Qamishli’s city center.

Historian Jordi Tejel, an expert on Syrian-Kurdish affairs, told Al-Monitor that the PYD has its own agenda, which does not support the Syrian opposition or the Assad regime. “PYD and its armed wing, the YPG, intend to become the hegemonic Kurdish force in northern Syria while keeping an eye on the political process under way in Turkey. The regime is well aware of this.”

The FSA and PYD fought each other in Aleppo, but have also cooperated or coordinated with each other. The Assad regime bombed PYD-dominated areas in Aleppo for the first time after the PYD gave assistance to fleeing FSA rebels in September 2012.

According to Tejel, “All this is to say that we cannot state that they are ‘enemies’ or ‘allies.’ It depends on the context, the moment, and local relations. In other words, if cooperation between YPG with the FSA is now a reality, it does not necessarily mean that we are witnessing a complete rupture.... Maybe or maybe not.”

Thomas McGee, a British researcher on Syrian Kurds who spent time in the Kurdish areas of Aleppo, agrees.“I feel it is still too early to assess the full strategic significance of these most recent clashes in Qamishli, although this is certainly a new development, as the regime presence in the city had previously been largely dormant.”

McGee suspects that the “clashes are possibly due to the current uncertainty about the Kurdish question in both Syria and Turkey at present. There is much talk about agreements between various actors on the ground in Syria.”

He further offered, “My friends in Ashrafiya know the leaders of FSA and YPG, as they say they have been based there so long that they have made connections with locals and with each other. What PYD doesn't like though is when people state that there is cooperation based on an agreement, as this implies that perhaps it is not just local, but a bargaining process in different areas.”

Murat Karayilan, acting PKK commander based in the Qandil mountains in northern Iraq, near the borders of Iran, Iraq and Turkey, delivered a message in Qamishli on March 21, during the Kurdish New Year. He did not instruct Syrian Kurds to support the opposition. Instead, he told them, “Under all conditions Syrian Kurds should pursue their independent politics as the third force.”

The YPG recently announced that it would confront the Assad regime only if it killed more Kurds. In a statement released April 4, Sipan Hamo, YPG commander in chief, said, “We will not bargain with any side at the expense of the Kurdish people.” He went on to say that the YPG was maintaining its neutrality and would only carry out reprisals, that is, if attacked.

Hamo explained, “We as YPG did not undertake any operation unless [it was] to revenge the blood of our people, and we did not enter the war, and we are still neutral. However, if the attacks on our people increase and the number of martyrs rises, then it will have no meaning to stay neutral. The regime will then be responsible for the deterioration of the situation and the entrance of the YPG into this war.”

Thousands of Kurds gathered in Qamishli on April 4 for a funeral procession, during which they called for “revenge of the blood of martyrs.” In most Kurdish-dominated cities, protesters condemned the attacks against Kurds in Sheikh Maqsoud and Qamishli.

Wladimir van Wilgenburg is a political analyst, based in the Kurdistan region of Iraq, who specializes in issues surrounding Kurdish politics. He writes for the Kurdish newspaper Rudaw and is co-author of Unity or PYD Power Play? Syrian Kurdish Dynamics After the Erbil Agreement.