Muqtada al-Sadr Lashes Out Against US, Maliki 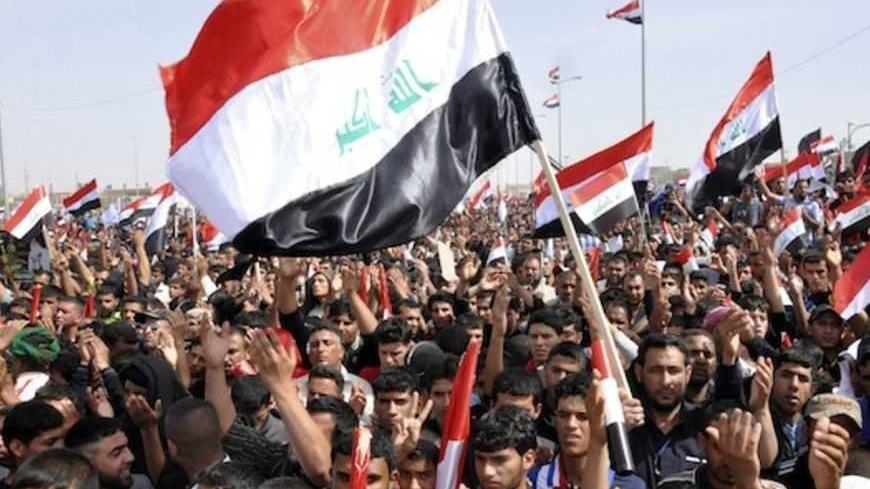 Shiite cleric Muqtada al-Sadr, who is currently in Beirut, seems to be trying to imitate the experience of Hezbollah leader Hassan Nasrallah, recently adopting Nasrallah’s approach in addressing his Shiite supporters in Iraq.

Amid Iraq's complicated internal crisis, Sadr brought up the liberation of the Golan Heights in Syria and lashed out against the US and the UK, which he described as countries that harbor evil and act as centers for global colonialism — expressions that Nasrallah has frequently used in his speeches over the years.

On March 16, Sadr criticized those governments and countries that “resort to America and Britain to save them from terrorism.”

Sadr’s speech was broadcasted via a large-screen television in front a crowd of supporters during a protest in the city of Kut (south of Baghdad) to commemorate the second anniversary of the “World Oppressed Day” that was launched by Sadr two years ago to demand public rights.

Nasrallah has always been known for speeches that are disseminated on television screens before his Shiite supporters in public squares in Lebanon. Sadr hadn't previously used this method to address his followers. Instead, he would typically issue statements or fatwas (religious edicts) through his website or appear personally at conferences or religious and political events in Najaf (where he resides), Erbil or Baghdad.

While Sadr’s speech was being shown on the screens, Arab League representative Naji Shalgham was present in the audience, along with several members of parliament, ministers and local officials.

Officials in the Sadrist Movement said that the celebration in Kut city would take place annually and periodically across several Iraqi provinces. But they did not say whether Sadr would continue appearing via video broadcasts.

In his speech, Sadr said that “the expanding colonial hand is still waiting for opportunities to attack and subjugate the Arab people and bring them to their knees. Colonialism will not stop until it achieves its ultimate goal, globalization, whereby the world will be transformed into a small village.”

Sadr added: “When colonialism is motivated for the purpose of wreaking havoc, it portrays things in a way it deems justifies its ends and makes our protest look like a call to terrorism and violence. When it wants war, occupying countries becomes a right. When it wants strife, it seeks to spark tensions between sects and widen rifts  like the ones we have grown accustomed to in Iraq.”

Sadr emphasized that “resorting to the help of global superpowers has become permissible and acceptable, like in Pakistan and Afghanistan. Asking for their help is haram [religiously forbidden], ugly, irrational, undesirable and socially impermissible.”

Sadr called for “the liberation of Palestine and the Golan Heights in Syria from the grip of the Zionist occupation and the expulsion of tyrants from their bases in Islamic countries.” He also asked people to “reject sectarianism.” Sadr’s speech was very similar in its choice of words to those used in Nasrallah's speeches attacking the US, UK and Israel.

Following Sadr’s speech, his supporters cheered loudly and repeated the historic slogan of the movement — “No to America, no to Israel,” a slogan that has been reiterated by Sadr’s father, Muhammad al-Sadr, since the early 1990s.

Sadr stated, “The people have become a source of protection for the government, while the opposite should be true. Politicians seek people’s support during electoral campaigns, but they neglect the people as soon as elections are over and they have gotten their desired ranks and privileges.”

In a speech that was indirectly addressed to Maliki’s government, Sadr asserted that “oppression is sometimes brought about by leaders and dictators, while at other times it is the  people’s own fault. Thus, being unjust to oneself becomes worse than the injustice of others.”

Sadr called on the protesters in Ramadi, Mosul and Tikrit “not to follow their instincts and abandon their families and people.” He urged them to “keep their distance from deluding parties instead of supporting them,” adding that “we should not ask tyrants why they oppress others — we should ask slaves why they bow down.”

Sadr accused certain governments of “exploiting people to protect the positions they want to occupy, instead of offering people protection.” He asserted, “When they want to hold on to power, they rush to the people, yelling, touring and giving  speeches. As soon as they are elected, they return to the green and red zones.”

In March of last year, Sadr had called on his supporters to protest on March 19 — instead of April 9 — to demand public rights. He insisted on calling the protest the “Day of the Oppressed.”

Sadr’s supporters had regularly convened in Baghdad every April 9 in the years before 2012, to demand the withdrawal of the American troops from their country at the time.