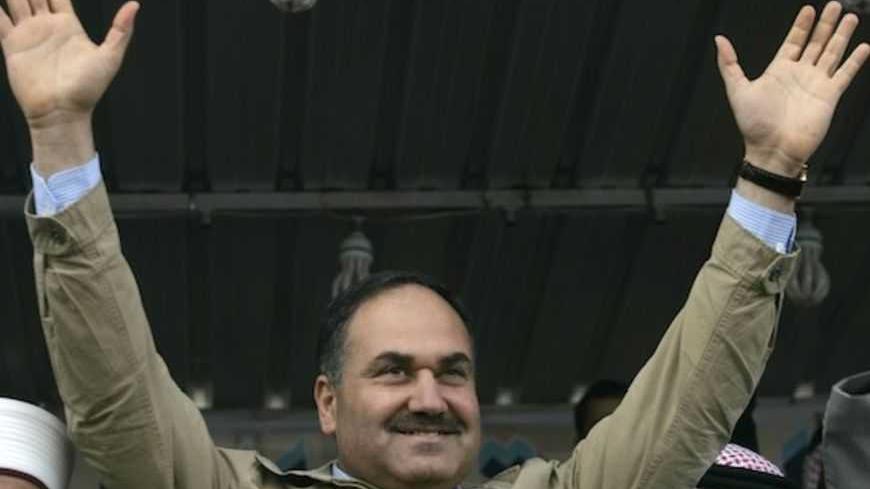 Prominent Iraqi National List leader and Finance Minister Rafi al-Issawi submitted his resignation to the government at a highly delicate and complicated time. His move has stirred a series of calls from Sunni religious and public figures for all other Sunni ministers to resign as well. Some even demanded they withdraw from the political process entirely.

Issawi's timing raises a number of questions regarding its motives. Does it represent an escalation, parallel to protesters' increasing demands, or does it indicate an inclination towards the growing Sunni front demanding an autonomous federal state? Does its timing, which coincides with the local elections, serve as an advertising campaign for these elections?

While multiple answers could be true, the key issue isn't the withdrawal of a specific figure or political movement from the government or parliament. Instead, the crux is the persistent political imbalance in Iraq that continues to be contribute to the country’s dysfunctionality.

Protesters have mostly reacted positively to Issawi’s resignation and have invited him to join the sit-ins, even though they'd previously refused to allow political figures to participate.

But the escalating tone of protesters’ speeches and their growing demands don't just stem from accusations made by Baghdad’s political parties that they received foreign support and are trying to aggravate the situation. In reality, all parties are contributing to the heightened tensions, and the government’s response and actions to end protests have been insufficient relative to the challenges.

The crisis has been addressed slowly, hesitantly and indirectly. As a result, protests have raged on for more than 60 days, with an escalating tone and increasingly extremist, sectarian and aggressive chants.

Unsurprisingly, politicians whose electoral districts are in the west and north of Iraq are responding the most to protesters' demands and identifying with their chants. This is consistent with the mechanisms underlying the political game.

At such a time, the key question is: Did the political conflict, and the impediments to coming up with solutions and consensus among the political elite, contribute to converting Sunni politicians from leaders and representatives of the Sunni public into followers of chants and demands of protests?

In political science it is said, “Seek out the negotiator.” The crisis cannot be solved without negotiators. The leaders of the Iraqi National List are being pressured to relinquish their roles as negotiators and to adopt the attitudes of their electoral public. They are firm when the public is firm, and they reiterate its chants.

The local elections slated for April 20 affect every facet of life in Iraq. Religious discourse is becoming more and more heated and aggressive, even though elections are meant to serve, not politicize, people. Elections should produce representatives that can govern Iraqi cities and provide them with services, given that Iraq lacks essential services and suffers from economic crises caused by mismanagement. Iraq needs specialists and technocrats, not politicians and troublemakers.

Iraqis shouldn't join the bandwagon of heated discourse for electoral purposes. Political escalation has its place — and its place is not to achieve gains over the competition. Iraqis are risking the country’s unity, safety and social security.

Mustafa al-Kadhimi is an Iraqi writer specializing in defense of democracy.