Israel Should Build Field Hospital On the Golan Border

When the IDF assisted seven wounded Syrian rebels who reached the Israeli border, it was a one-time event, but Shlomi Eldar suggests that Israel open a field hospital to plant the seeds of reconciliation. 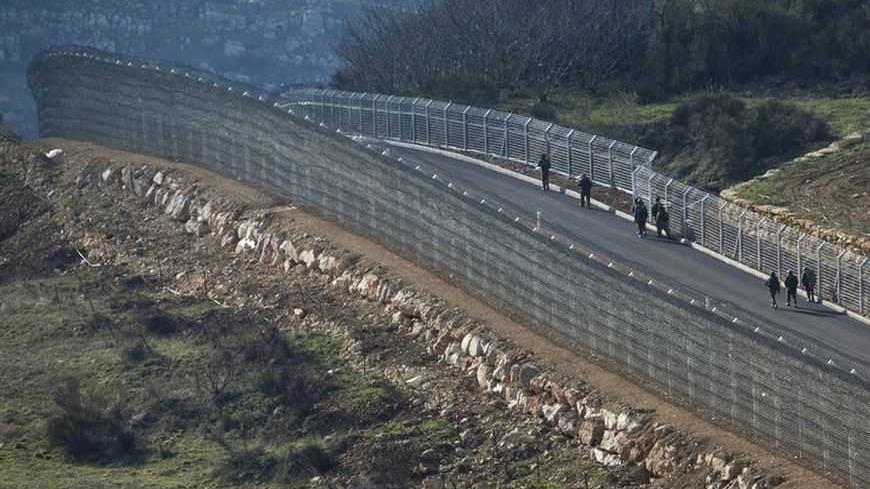 Israeli soldiers patrol along the Syrian-Israeli cease-fire line on the Golan Heights in 2012. - REUTERS/ Nir Elias

For the past few months, the sound of explosions echoing from across the Syrian border had become an integral part of the lives of Israelis living in the north. Yet, the battles waged by Syrian President Bashar al-Assad and his army against the rebels were no more than a distant rumor — until last Saturday that is,  when they took on a human face.

On that Saturday, February 16, seven wounded Syrians mustered their last bit of strength and made it to that border. They were apparently rebels, taking part in the fight against Assad’s army. One of them was in critical condition; the rest were moderately wounded. They had been injured by bullets and shrapnel, and nothing seemed to stop their bleeding. It was a question of life and death, so the Israel Defense Forces (IDF) in the area decided to give them on-the-spot medical care. The wounded rebels were then evacuated to Ziv Hospital in Safed for further treatment.

Suddenly the war and rumors of war had become something very real and very close. In fact, it was happening right along the border. It was no longer some act of insanity taking place far beyond the Mountains of Darkness. It was right next door! That meant that Israel could no longer just watch from the sidelines at what was happening in Syria, no matter how disconcerting it was. It had, and has, a responsibility to get involved.

No, I don’t mean military intervention. I mean basic humanitarian aid to save the lives of anyone who reaches our borders asking for help, just like the IDF did on Saturday. Nor should it even make a difference if the wounded victim of the fighting is a member of Assad’s army or if he is rebelling against it. Wounded is wounded. The very people who thought of Israel as a country full of people with horns — which is actually how Israeli Jews are depicted in the Syrian media — or of people walking about with their rifles cocked and their fingers on the trigger, will see another face of the enemy that they were taught to hate. It’s just too bad that so much blood had to flow down the Hasbani River before this could happen.

No one knows what tomorrow will bring to the people of Syria. No one knows when or how Assad will fall or, the most important question of all, who will eventually replace him. The general assessment in Israel is that the new regime will have a devoutly Sunni Muslim orientation, with a budding Muslim Brotherhood presence, after so many years of persecution under the Assad family. These Islamists will be joined by armed fighters from various al-Qaeda cells, who came together to fight the Syrian army. While it remains questionable whether this hodgepodge coalition will eventually determine Syria’s future, the assessment makes a lot of sense. The opposition forces began to coalesce because no one had the privilege of deciding who is in and who is out. Any armed combatant who expressed disdain for Assad, his regime and his army was brought into the fray. The goal was to topple him, and all means were legitimate. Regardless, one thing is already clear. No matter who replaces Assad, those wounded victims of the fighting who receive lifesaving treatment in Israel will have had an opportunity to see the enemy up close. They will see that their caregivers have faces and hands that treated them. They will see that their caregivers have the eyes and the voice of a human being.

In most cases enemies have a very different image of their foes etched into their collective memories, a dehumanized, unreal image of the other. It makes it easier to hate and, in turn, to train an army to fight against them. On the other hand, a Syrian rebel wounded in battle who receives medical treatment in Israel will return home to Damascus or Aleppo, to Homs or to Dara’a, and tell his family and friends that the Jews living beyond the Golan Heights, which were once in Syrian hands, don’t really have horns after all. What they do have is eyes to see what is happening and a genuine desire to live together in peace.

They will discover that many Israelis anxiously followed the news of the killing sprees in which so many innocent men, women and children met their deaths so close to the border. They not only followed the news. They also expressed deep concern and even anguish as details of the horrors reached them.

There is a basis to the claim that an unmediated humanitarian encounter between enemies does wonders in changing attitudes and opinions. An example of this is the many Palestinian patients from Gaza and the West Bank who receive lifesaving treatment in Israeli hospitals. Many of them arrive at Tel HaShomer, Ichilov, Beilinson, Hadassah, and Soroka hospitals only to discover that Israelis are very different from what they imagined or from what they spent years watching on TV. Palestinian patients who receive long-term treatment and the family members who accompany them to Israel return home as ambassadors of goodwill. Obviously, it’s not enough, at least not yet, to bring about a peace treaty between the two nations, but it is still a meaningful step forward. I myself have heard Palestinians expressing their amazement about how the encounter with these enigmatic Israelis had an impact on them. Some of them even express their regrets for the past, saying things like, “How much time we wasted hating each other! We didn’t see. We didn’t know that there is another way.”

Until now the Israelis and the Syrians have only met on the battlefield. Ironically it is against this very backdrop of fighting and bloodshed that we are witnessing an opportunity to tear down the walls of hostility and bring the two peoples together.

Plans to set up an Israeli field hospital along the border with Syria to provide medical assistance to people wounded in clashes between the rebels and the Syrian army are closer than ever to being realized. It will sit  on the very hill where Israeli and Syrian tanks once engaged in bitter battle.

When the Syrian army shoots its own citizens and the rebels make their way to the Israeli border, we have a moral imperative to provide them with the care they need and to save their lives. But beyond this humanitarian aspect, there is another benefit, which is important for the future. At this hospital to be set up in the Golan Heights, near the Syrian border, the first seeds of Israeli-Syrian reconciliation can and must be planted.

Perhaps it is in that very place where politicians in their tailored suits and generals in their starched uniforms have failed that people in white scrubs will be able to provide the preventive medicine for a chronic ailment that has lasted sixty years. At this hospital in the Golan Heights, Israelis and Syrians will learn together how to provide the best medical treatment to casualties of war. At the same time, they will also learn about each other, for the good of us all.