The results of the Israeli election were all about nation building, and not peacemaking, writes Einat Wilf. 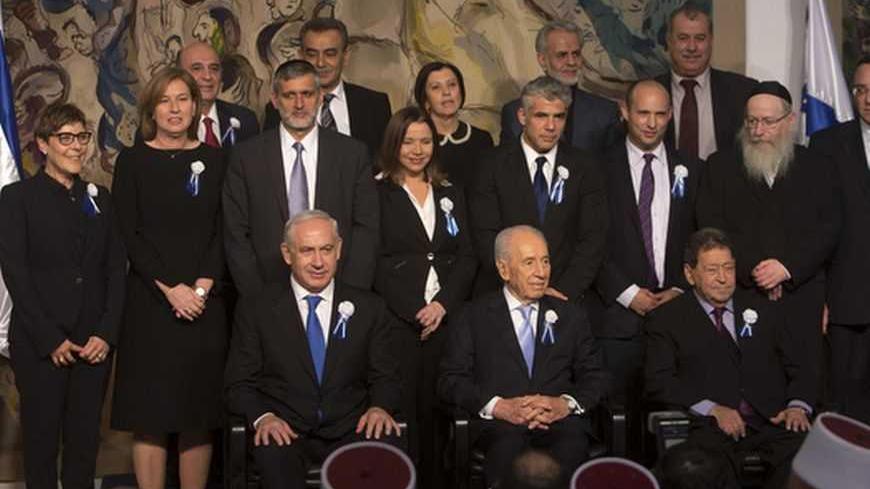 To be an Israeli who interacts with the world is to experience all too frequently the extent to which Israelis and their choices are misinterpreted and misperceived. Three weeks ago when Israelis went to the polls, Israel-watchers the world over wondered what the elections and their outcomes would mean for peace. Many expressed fear of an Israeli lunge to the right, and were relieved by what seemed to be a return to the center. Yet for most Israelis, this interpretation could not have been more wrong.

The Israeli elections were not about peace, and had very little to say on the matter. When the world was asking whether Israelis have swung to the right or the left or even the center, Israelis were thinking in very different terms. No longer right or left, but rather inward or outward — and their response was a resounding “inward.” To borrow the American term, Israelis have chosen to focus on “nation building at home.”

Many Israel-watchers were appalled by such a choice. How could Israelis choose to focus inward when the Arab world around them is going up in flames, when they continue to control the increasingly restless West Bank and when Iran shows no signs of giving up its quest for nuclear weapons capability? Some exasperated commentators have interpreted this inward focus as escapism or even callousness.

But Israelis made a rational choice. They were neither escaping reality nor being indifferent to it. Israelis took a look around them — at the Arab world, at the West Bank, at Iran — and realized that they are not likely to face any major policy choices on these fronts anytime soon. Whether analytically or instinctively, they understood that the Arab world will be overwhelmed by its own problems for years to come. The Arabs in the West Bank, while continuing to detest Israel’s control over them and oppose it, are still unable to make the difficult choices that would yield an agreement that would end this control, and the Iranian issue, while critical, depends on a wide range of factors and cannot be decided by a national vote.

The inward-looking Israeli choice explains Prime Minister Benjamin Netanyahu’s unprecedented and unparalleled status as the only person that Israel is willing to accept as prime minister at this time. Having delivered four years of rare calm and stability, as revolutions were sweeping the Arab world, Israelis have chosen to “subcontract” all foreign and defense policy to Netanyahu, so as to focus on domestic issues. They realized that while Netanyahu might not deliver peace, he is also unlikely to entangle them in war. At a time of deep uncertainty, they found this prospect comforting.

Israelis were also taking a page from their own history. They reminded themselves that while the conflict with the Arab world has been raging for more than a century, it has never stopped them in the past from building their society, culture and economy. They realized that the fact that there might be no immediate solution to the conflict with the Arab world does not mean that they have to put their lives as a people and a country on hold. This is not to say that achieving peace is no longer the highest priority for Israelis, but in the absence of a realistic chance of achieving it, the rational course for a productive and dynamic people is to turn their energies elsewhere.

So Israelis gave their votes to a variety of parties that did not challenge Netanyahu’s foreign and defense leadership and promised to promote a range of domestic priorities. They voted a bit for Labor, which for the first time in its history had nothing to say on Israel’s external challenges and how to meet them, and focused entirely on the need for a more equal economy and society. They voted a bit for Naftali Bennett’s party, HaBayit HaYehudi, which, while opposing Palestinian statehood, placed the economic concerns of the middle class at the center of its campaign. And they voted in relatively large numbers for Yair Lapid’s centrist Yesh Atid party, which, aside from a perfunctory nod to the importance of negotiating with the Palestinians, was all about giving voice to the domestic concerns of the middle class. The only party that prioritized negotiations with the Palestinians, Tzipi Livni’s HaTnuah party, received a whopping five percent of the vote, not because Israelis thought negotiations were unimportant, but because they decided that given the situation in the Arab world, it would be an exercise in futility.

This inward focus explains the distinctly odd nature of the current coalition negotiations. While Netanyahu went unchallenged as the clear choice of almost all parties for prime minister (82 members of parliament out of 120 recommended him to the president, and the remaining 38 recommended no one else), he is experiencing difficulties putting together a governing coalition, as all his potential partners are vying to put their conflicting domestic agendas front and center.

This inward focus explains the strong axis of Bennett and Lapid, who have defied the traditional divisions of left and right to create a strong bond on one of the main issues on the domestic agenda, and that is the continued nonparticipation of ultra-Orthodox Jews in Israel’s military service and economy. If the story that was told in the media prior to the elections, that Israel was lunging to the right, bore any resemblance to the truth, this bond between Lapid and Bennett would not be possible. Livni’s role as a subcontractor for negotiations for peace under Netanyahu would be unthinkable.

The truth is that Israel is no further right, left or center today than it was in the last elections four years ago. It merely made the rational choice to leave those divisions, proper for an era in which Israel faced big and painful decisions of foreign policy and defense, aside, and turn their considerable energies toward nation building at home.

Einat Wilf, a Member of the Knesset in the Atzmaut Party of Ehud Barak, sat on the Defense and Foreign Committee.