With a new and friendlier US administration, Israeli progressives have an opportunity to promote their ideals, including the two-state solution. 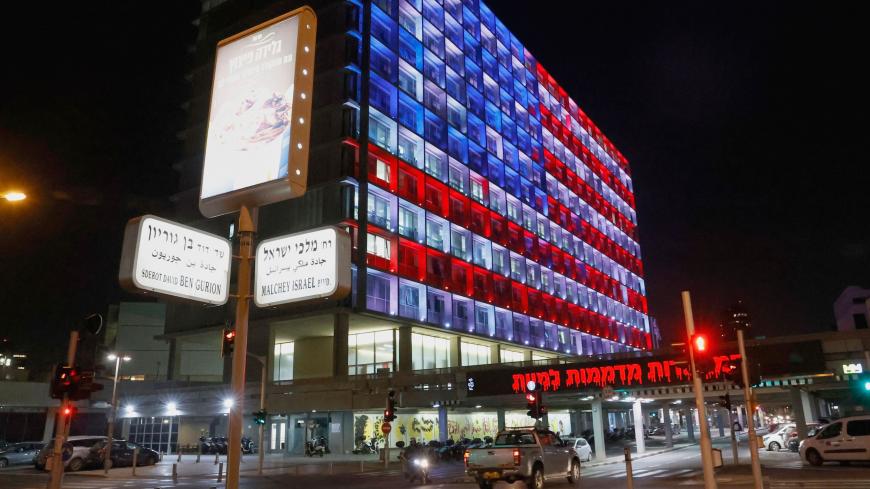 The city hall of the Israeli coastal city of Tel Aviv is lit up in the colors of the US flag as a sign of solidarity and support for democratic governance, on Jan. 7, 2021. - JACK GUEZ/AFP via Getty Images

Former Foreign Minister Tzipi Livni offered her assessment of the trajectory of American foreign policy in a radio interview just before the inauguration of Joe Biden as the 46th president of the United States: “There is no doubt that there will be a shift away from the Greater Land of Israel, annexation, the expansion of construction [in the settlements] and harm to Palestinian [efforts] toward a two-state solution.”

Livni is the most prominent figure in the Israeli center-left to advocate for negotiations with the Palestinians with the goal of reaching a settlement with them. She has a very explicit and detailed agenda, based largely on the advanced negotiations she conducted with Palestinian leaders during her tenure as foreign minister. And yet, she has not played an active role in politics for the past two years.

But that may change. Israelis seem to miss Livni, and so does the country’s political leadership. She is being courted by the different parties on the center-left, including by Yesh Atid chair Yair Lapid. True, Lapid once made an effort to distance himself from the left, claiming that he led a centrist party with slight leanings toward the right, if anything. But that seems to have changed. He now seems to be seeking a new path for himself. Until only recently, Lapid tried to win the support of soft-right voters. He failed again and again over the last few years, not least because Prime Minister Benjamin Netanyahu had reaped so many achievements with the recently departed US administration.

In contrast, President Barack Obama’s term was characterized by tense, murky relations with Netanyahu due to differences over Iran and the peace process. Back then, leaders on the left warned rightfully about the impact of the Israeli prime minister’s unaccommodating behavior on the relationship between the two countries.

All that changed once President Donald Trump entered the White House. Trump showered the prime minister with favors such as transferring the US Embassy to Jerusalem, recognizing Israel’s annexation of the Golan Heights and overseeing the normalization of relations between Israel and a series of Arab states without any Palestinian input.

It all left Israel’s center-left parties with nothing to cling to. Right-wing voters ranging from the settler movement to the more moderate considered Netanyahu’s relationship with Trump a historical boon to the Jewish people and the State of Israel. It was a major victory in public attitudes favoring the right over the Israeli left. Livni, Lapid and others were forced to congratulate Netanyahu after each of Trump's gestures. After all, the abrupt shifts in US policy had the support of the vast majority of Israelis. It seemed the left had lost the battle over public opinion.

There can be no debate that Trump’s four years in the White House had a deleterious impact on the ability of the Israeli left and its leaders to advance a new agenda and convince voters to support them. The peace process with the Palestinians, which was the main issue in so many election campaigns of the past 30 years, found itself shunted aside. All of that changed yesterday. The current occupant of the White House was Obama’s vice president for eight years. He believes in a two-state solution and his door will be open to the Palestinians, and there is a new wind blowing in Israeli politics as well.

Incoming Secretary of State Tony Blinken may have spoken highly about the peace agreements with the Arab states cobbled together by the Trump administration, but he was critical of the administration for its handling of the Palestinian-Israeli conflict. He is known for saying that even if he believes that the likelihood of achieving a two-state solution “is not high,” he still considers it “the only way to ensure Israel’s future as a Jewish, democratic state.”

It is not yet clear who will replace David Friedman, a figure beloved by the settlers, as the next US ambassador to Israel. Whoever is selected will reflect the priorities and worldview of the new administration. The White House will no longer be Netanyahu’s home field and former Secretary of State Mike Pompeo’s visit last November to a West Bank settlement will become a distant memory.

With this spirit of change and Trump’s exit marked by scandal and disgrace, the upcoming Israeli election offers a window of opportunity to restore a center-left ideology to the agenda.

When Livni spoke at a virtual event by the Truman Center for Peace Jan. 18, the listeners included Dennis Ross, the US envoy to the Middle East under several Democratic presidents.

Livni put her finger on a distressing tendency among center-left parties in Israel. They tend to cower when confronting the right and to minimize their worldview before the electorate. Israeli politicians, she argued, intentionally obscure their positions, using the United States as an excuse.

“Center-left leaders in Israel are not willing to say even the words or the idea of two states for two peoples," she said, "because they are being portrayed as representing the Palestinian cause. And we are not talking about the need to achieve peace as an Israeli cause. And now there is a new trend, that right-wingers — and I'm talking about politicians and leaders who believe in annexation and Greater Israel — and they are saying something like ‘Okay Biden administration now, so we would not have an annexation, so let’s not speak about it.’ And this is how they are getting the support of center-left voters: saying, 'Okay, it's not on the table.'”

Livni was undoubtedly referring to politicians affiliated with the ideological hard right having gained enormous traction among center-left voters. They include party leaders like Naftali Bennett of Yamina and Gideon Saar of New Hope. These voters hope these politicians will at least be able to take Netanyahu down. But erasing an entire worldview to achieve it cannot be a healthy process.

Livni is not the only one talking about the issue. Former Labor chair Shelly Yachimovich also denounced the phenomenon recently, warning, “The result of the election will be a disaster, ending with an unprecedentedly large right-wing bloc headed by Netanyahu … and with the moderate democratic bloc erased. The empty slogan of ‘Anyone but Netanyahu,’ which tramples over any ideological identity, will result in the demise of any free, liberal, egalitarian, peace-loving ideal.” Like Livni, Yachimovich has been sidelined in politics over the last few years, largely because the left has lost its ideological identity.

This is therefore a great opportunity for the center-left parties to put negotiations with the Palestinians at the top of their agendas and to win back voters camped temporarily with Saar and Bennett. They can hardly be happy about Saar’s announcement this week that the head of the Yesha Council, David Lahiani, is joining his New Hope party. Lahiani is so entrenched in the far right that he even opposed Trump, claiming that he was bad for Israel, once annexation came off the table.

As head of the opposition and the largest center-left party in the Knesset, Lapid could soar in the polls if he explains to his potential voters that voting for ultra-right parties in the new Biden era, which began in Washington yesterday, could destroy the center-left camp once and for all.