Iraq and Russia Going Ahead With $4 Billion Arms Deal

Iraqi Minister of Foreign Affairs Hoshyar Zebari confirmed that Baghdad will go ahead with the arms deal it signed with Russia in 2012, but is waiting on the budget approval to begin payment, reports Ali Abel Sadah. 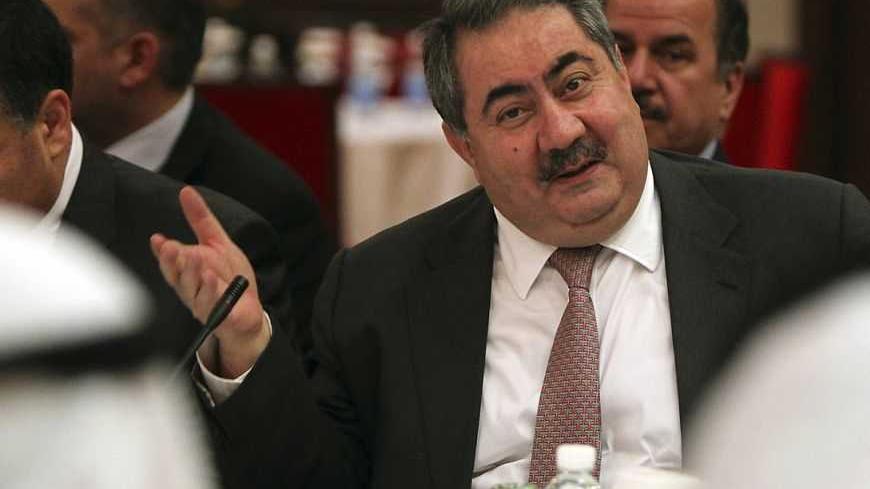 The Iraqi government is awaiting the parliament’s approval of the 2013 federal budget to pay Russia the money owed for the weapons deal. Meanwhile, Iraqi and Russian officials have confirmed that they will not cancel the arms agreement between the two countries, despite accusations of corruption. The dispute over the deal intensified when Ali al-Mussawi, the media adviser to the Iraqi prime minister, announced in December 2012 the cancellation of the arms deal with Russia, worth $4.2 billion, due to “corruption concerns.”

At the time, Mussawi said, “Iraqi Prime Minister Nouri al-Maliki, who had visited Moscow to sign the agreement, was determined to renegotiate.”

Iraqi Minister of Foreign Affairs Hoshyar Zebari noted: “Iraq and Russia will proceed with the arms deal signed by Maliki during his most recent visit to Moscow.”

When the prospects of signing the contract turned bleak due to corruption concerns, Iraqi Defense Minister Saadoun al-Dulaimi appeared before the media to take responsibility for any corruption in the deal. He also denied that the government had signed the agreement or that any money had been paid.

In a press statement released on Feb. 22, 2013, Zebari affirmed that “the government is waiting for parliament to approve the 2013 budget to settle a down payment on the deal.”

The Iraqi parliament has been holding heated sessions for the past three weeks. However, it is still unable to ratify the budget due to disagreements between Sunnis, Shiites and Kurds over financial shares.

Zebari believes that “in principle, both parties are determined to implement the contract.”

Russia was considered to be one of Iraq’s major suppliers of arms and equipment during the rule of former Iraqi President Saddam Hussein. Moscow, however, took a step back after American troops entered the country in 2003.

Russian state arms exporter Rosoboronexport announced in Feb. 2013 that the arms deal had not been cancelled, but had yet to enter into force and still needed to pass through a series of legislative formalities.

On Jan. 11, 2013, Maliki sent a delegation of army officers and weapons experts — headed by Iraqi Deputy Chief of Staff of Operations for the Iraqi Joint Forces Headquarters Gen. Aboud Kanbar — to Moscow to renegotiate the arms deal.

Iraq is seeking to re-equip its army to face armed groups. According to some officials, the country lacks defense capabilities to protect its border, airspace and maritime territory.

Russian and Iraqi media had stated that this would be the biggest deal signed by Russia since 2006. It would constitute Moscow’s return to the arms market in the Middle East, after years of decline due to the American presence.

Diplomats in Baghdad consider the deal with Russia a way for Iraq to circumvent its strong reliance on American military equipment. This would give the country more power in arms negotiations with Washington, which is still the largest weapon supplier for Baghdad.

On the other hand, Maliki’s deal with Moscow is seen as a short-term measure to enhance Iraq’s air defense capabilities before the country has to return its F-16 fighter jets to the United States.