The Iraqi government is expanding its armed forces. 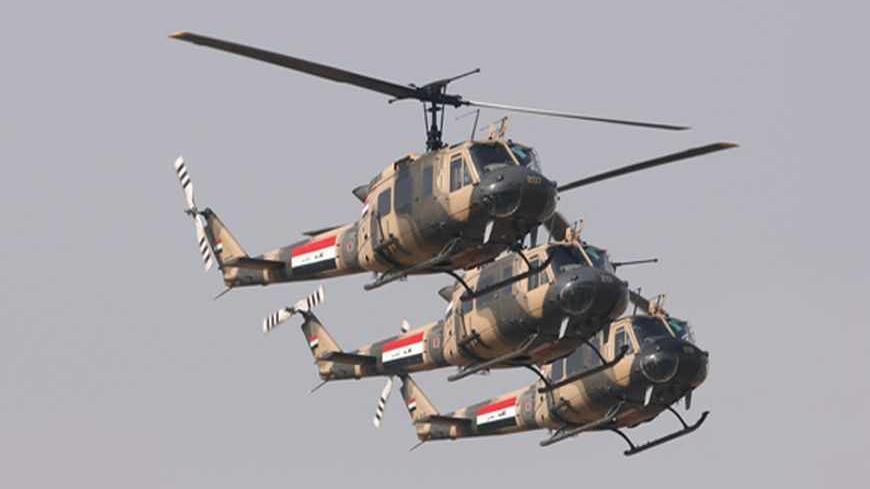 On June 18, an Iraqi military source confirmed that the air force command will receive “Alligator” combat helicopters from Russia in the coming period.

In a statement to Al-Monitor, the source, a senior Iraqi army officer, said that "the aircraft will be of the Ka-52 and Mi-28NE models from the French Le Bourget Air Show.”

The source, who spoke on condition of anonymity, explained, “The Iraqi air force command will get a new source of strength with the acquisition of this model of helicopter.”

The source continued, saying, “The new Russian aircraft, especially the Ka-52, are distinguished by their ability to lead a squadron of helicopters and play the role of the command post, which defines and assigns the goals of the squadron’s helicopters.”

The source added that the Ka-52 “does not have less technical and combat characteristics than the US AH-64 Apache helicopters.”

This statement came one day after a Russian news agency published information on the completion of a purchase agreement between the Iraqi Ministry of Defense and the Russian government, dating back to 2011.

Iraqi Prime Minister Nouri al-Maliki had visited Moscow to hold negotiations for an arms deal. Yet, it was immediately halted after suspicions of corruption against officials close to Maliki.

These officials included members of his office. Maliki later decided to dismiss Ali al-Dabbagh, the Iraqi government’s spokesman, for being involved in receiving kickbacks to facilitate the procedures to conclude the agreement between the Iraqi and Russian parties.

The Russian Interfax news agency said on June 17, “Russia will supply Iraq with Ka-52 ‘Alligator’ [helicopters] and Mi-28NE combat helicopters.” It pointed out that “Le Bourget Air Show has concluded the first export agreement to provide Iraq with these helicopters.”

Interfax added, “An agreement was signed between Russia and Iraq in 2012 to buy military equipment worth $4.3 billion, and that by virtue of the signature of the agreement, Le Bourget Air Show officially brought the agreement into force.”

Russian reports said that the deal includes the MiG-29 aircraft, 30 Mi-28 combat helicopters and 42 Pantsir-S1s. The Pantsir-S1 is a surface-to-air missile system.

The Iraqi government seeks to arm the ground, air and naval units of the Iraqi army. It has signed contracts with a number of countries that manufacture sophisticated weapons — including the United States — in order to equip the army with armored [fighting] vehicles, advanced tanks, helicopters and fighter aircraft,  including F-16 fighter jets.

Nevertheless, the news that Iraq was going to receive Russian aircraft coincided with a report on world military-strength ranking, which ranked the Iraqi army 58th [out of 68].

According to a report published by the Global Fire Power website, “The Iraqi army was ranked 58th, preceded, among the regional armies, by the Iranian army that ranked 16th, Israel 13th, Egypt 14th and Saudi Arabia 27th.”

The report was based on 40 different factors to determine each country’s power index. They include available manpower, financial resources and army statistics.

According to the report, Iraq allocated nearly $5.57 billion to its defense budget. It has 396 tanks, 2,643 armored [fighting] vehicles, 24 self-propelled guns, 234 artillery units, 55 rocket projectors and up to 9,000 logistical vehicles.

The report said that Iraq has an air force of nearly 278 aircraft, including drones, transport aircraft, amphibious aircraft and 129 helicopters.

The report revealed that Iraq does not have aircraft carriers, frigates, submarines or amphibious assault forces.

The Iraqi army dates back to 1921, when the first armed forces unit — the Musa al-Kadhim regiment — was established under the British Mandate of Iraq, and the armed forces command was established in Baghdad. This was followed by the establishment of the Iraqi air force in 1931 and the Iraqi naval force in 1937. The number of army personnel reached its peak with the end of the Iran-Iraq war in 1988, with 1 million personnel.