Egypt is getting ready to start building its first locally manufactured frigate with the help of Germany. 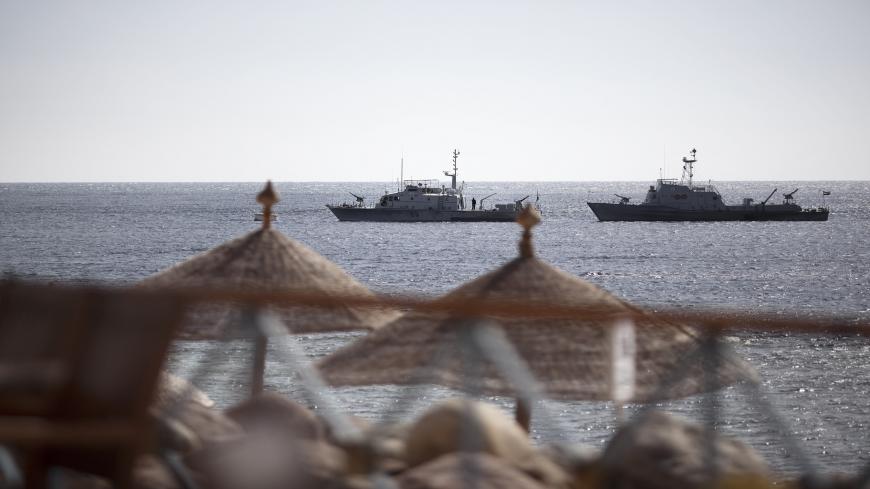 Egypt’s Alexandria Shipyard Company officially announced the start of the implementation of a contract for the local manufacturing of the first Egyptian Meko A-200EN class frigate next year.

The company said that it will built the frigate in cooperation with the German naval shipbuilder ThyssenKrupp Marine Systems (TKMS), as per the contract signed between the two sides, which also stipulates that the Egyptian naval force would acquire four Meko A-200EN frigates.

In April 2019, the German parliament approved the sale of four frigates of the same type to Egypt, including one that was to be built locally.

In November 2018, Germany and Egypt had signed a 2.3 billion euro (about $2.7 billion) deal to initially provide the Egyptian navy with six Meko A-200EN frigates, which was later amended to four frigates.

Gamil Afifi, an expert on military affairs and managing editor at the Egyptian daily Al-Ahram, said that the local manufacturing of a frigate is a quantum leap for the Egyptian navy.

He noted that this frigate is part of a contract concluded between Egypt and the German TKMS, with the support of the German federal government, for the procurement of four frigates of Meko-A200 class.

In 2019, Egypt ranked as the largest importer of German arms among the Arab countries, with imports worth 802 million euros (about $934 million).

“The Meko-A200 frigate is a German multi-tasking frigate of medium displacement and heavy armament. It can accommodate 50 members of the navy forces. It can be in the water before it needs to be replenished for 28 days. The warship is capable of deterring attacks by enemy vessels. Egypt is now facing an irregular terrorist war, in which ships are being used to transport terrorists from one country to another, and are being secured by the intelligence of major countries at sea,” Afifi told Al-Monitor.

Over the past five years, the Egyptian navy has been comprehensively developing its weapons systems by acquiring arms since 2015, the latest of which was the S-43 attack submarine acquired from Germany in May.

“The Middle East region is on the verge of explosion. There are threats from all strategic directions. Egypt has a large maritime zone in the Mediterranean and the Red Sea. It also plays a major role in securing the Mediterranean given the war going on in the western part of Libya. There are no naval forces or border guards in Libya able to control the situation,” Afifi explained.

According to the Global Firepower Index for the global military strength ranking, Egypt ranked among the 10 most powerful armies for the year 2020, going up from last year’s 12th position to the 9th. At the regional level, it went from the second to the first place.

Thus, the Egyptian army has surpassed large armies in the world, including the Turkish army, which fell from the 9th to the 11th place at the global level, and ranked first in the Middle East, according to Global Firepower.

The Egyptian army also topped the Iranian army, which came in 14th and the Israeli army, which ranked 18 in the 2020 index.

According to the detailed assessment, the Egyptian army’s strength lies mainly in the large number of its land forces, with 920,000 soldiers, 440,000 of whom are on active duty.

The Egyptian army also had high scores in other classifications such as the strength of tanks, the number of armored vehicles, the number of self-artillery weapons and missile bases.

Rear Adm. Ahmed Mohamed al-Sadiq, former head of the Port Said Port Authority, told Al-Monitor that the Egyptian armed forces’ current policy is to diversify its sources of weapons, as part of efforts to counter any security chaos, whether inside Egypt or outside its borders.

“The first challenge lies in the ongoing unrest in the Sinai Peninsula, where the Egyptian army is trying to keep things under control. The situation in Sinai is an important factor to determine the size and the type of weapons [the government] needs,” Sadiq said.

“At the regional level, Libya is seen as Egypt’s backyard. The unrest and security chaos in next-door Libya are sources of military and security concern for Egypt. As long as there are no peaceful solutions in the offing, Egypt will continue to fear that violence might spill over into its western borders,” he added.

Sadiq further explained that Egypt has been developing its armament to confront any threats of this kind, and to defend its economic interests in the Mediterranean, including the Zohr gas field among others.

He added that Egypt also faces another threat, which is the illegal immigration that poses a danger to the northern Mediterranean countries, as well as drugs smuggling.

In May, Egypt announced a plan to boost the local manufacturing of weapons to strengthen the capacities of its army and with the ultimate aim to export them to Africa.